‘We’ll take them, don’t put restrictions on us,’ Pakistan swiftly takes back its citizens after UAE threat

Once again they were about to leave their citizens 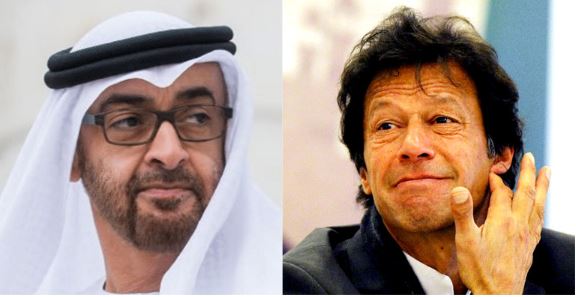 After being given a shake-over by the United Arab Emirates (UAE) authorities threatening to review the labour ties, the Islamic Republic of Pakistan has finally started repatriating some of its citizens from the gulf country in the wake of novel Wuhan virus pandemic. The UAE had warned beforehand in starting of April to impose “strict restrictions” on countries reluctant to take back their nationals, but, as usual, the Imran Khan government did not pay any heed to the warnings.

The first Pakistan International Airlines (PIA) flight carrying 227 “stranded passengers” from Dubai and other emirates left for Islamabad on Saturday evening. Although, it was not clear when the other flights would depart as more than 40,000 Pakistanis in the Gulf Arab state wait in the wings, having registered with the Pakistan consulate to return home.

Those who had registered included some whose visas had expired, who had lost their jobs or stopped being paid by their employer as well as those who entered the country on visitor visas.

PIA said on its website that it would not be able to provide services for inbound flights beyond Islamabad International Airport due to the suspension of domestic flights and a lockdown in the country.

The total infection count in the six Gulf states has risen steadily to surpass 24,000 with more than 150 deaths despite containment measures such as halting passenger flights, curfews and in several cases locking down districts with large populations of low-income expatriate workers.

A densely populated Dubai neighborhood where many Pakistani workers live has been sealed off since March 31, and there has been door-to-door Wuhan virus testing in some parts of the emirate. Pakistan is a big labor supplier to the UAE, with more than a million Pakistanis living and working in the country, according to a Reuters report.

On April 11, hundreds of abandoned Pakistanis had flouted all social distancing guidelines imposed in the wake of the Wuhan virus pandemic in Dubai and protested outside the Pakistan Consulate and demanded to be taken back to their home country, after no help was provided to them. The protesters were soon dispersed by the cops for breaking the lockdown.

#WATCH Abandoned Pakistanis protest outside Pakistan consulate in Dubai after no help was provided to them by either Pakistani authorities or UAE authorities, beg for repatriation to Pakistan. (Source: Amateur video) pic.twitter.com/qOkKkDwP6e

This was not the first time that the Pakistani authorities have thrown its own nationals at the mercy of fate. When the virus started spreading in Wuhan—the original epicenter of the virus, Pakistan’s neighboring country, India started pulling its citizens out of the city quickly but Islamabad snubbed its own citizens to show “solidarity” with China.

Several videos had emerged at the time showing Pakistani students lamenting being left behind when the Indian counterparts were being evacuated.

Really sad. A Pakistani student in #Wuhan watching his Indian counterparts being evacuated. The students have been left to their fate by #Pakistan government. #coronarovirus pic.twitter.com/OT3kmDyT7I

And to further pile on the misery of students, when they approached the Pakistan embassy–they were turned down saying “Zindagi aur maut Allah ke haath mein hai”.

While India under PM Narendra Modi has left no stone unturned to bring back its citizens from across the world, the Imran Khan government has been caught in a deep slumber up until now.

After being repeatedly given the stick—Pakistan has finally agreed to repatriate its citizens, not all but some of its citizens. And that’s much better than being left at the mercy of Allah.