India is exhibiting real leadership in times of crisis 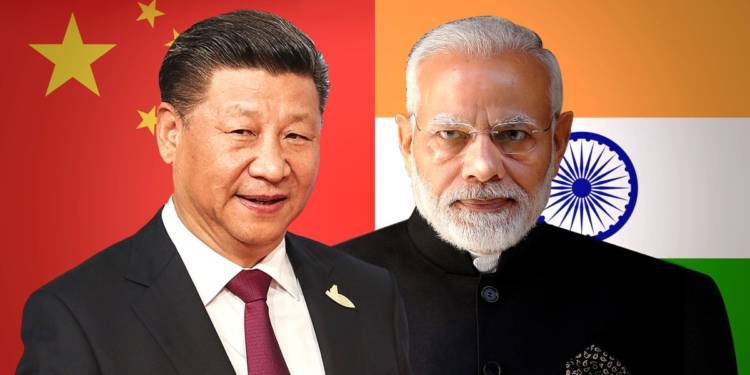 The pandemic has not deterred China from aggressively pursuing its expansionist policies in Southeast Asia as it seeks to arm twist countries like Malaysia, Indonesia, Philippines and Vietnam over the South China Sea which China falsely claims to be its own. Compared to China, India is acting as a responsible regional power and is working closely with the Southeast Asian countries to help them fight the pandemic.

China has been doing a PR overdrive both inside and outside as it strives to improve its image in the backdrop of the Wuhan coronavirus. Expectedly, China’s propaganda is ending up backfiring massively as the country finds no takers for its outreach and hollow diplomacy. Recently, China produced a music video to spread the message about China’s support to its neighbouring countries fighting the virus, the Filipinos greatly roasted China and called for the removal of the video.

The amount of backlash was so severe that the video had more dislikes than likes on YouTube. The video which was posted last week on YouTube along with the hashtag #CNPHHealAsOne has garnered 173,000 dislikes as compared to just 2,800 likes. The lyrics are written by Chinese Ambassador H.E. Huang Xilian, Chinese Ambassador to the Philippines.

“We have to stop the evil of China spreading”, wrote, Leonard Anthony Arcilla. “We do not unify with China”, said Elna Lynda Acuerdo, whereas Venus Liwanag said the video was “slapping the faces of each Filipino”. One user wrote, “I dislike this video. China, stop bullying us. If you’re sincere, get off our sea and lands” while another user wrote, “This video is a big joke. The title itself is kinda funny, our countrymen are not allowed to navigate our sea as CCP claimed some of the islands and created an artifical land to build a base,”  a reference to China’s growing aggression in the South China Sea which it falsely claims as its own.

China has been supplying faulty medical equipments to countries across the world which has only further eroded China’s image and further angered the nations who were already on the edge as they battle a China made pandemic. The Philippines too had ordered 1,00,000 testing kits from China but discarded them after they turned out to be only 40 per cent accurate. Low accuracy defeats the purpose of testing with positive cases missing the scrutiny of the authorities doing more harm than good.

Over the past few weeks, there has been a sharp rise in Beijing’s aggressive expansionism against other stakeholders in the maritime region – Vietnam, Indonesia, Philippines and Malaysia in the South China Sea.

Beijing has also been more forceful with its “historical maritime rights” and the “nine-dash line” doctrine, which the country claims is not affected by an International Court of Justice (ICJ) ruling regarding territorial disputes in the South China Sea where approximately $3 trillion of trade passes each year.

China’s confrontations with Malaysia and Vietnam too are on the rise, which has led to the US Navy also getting involved in Beijing’s sudden powerplay in the maritime region.

The recent developments of China ramming a Vietnamese ship days after Hanoi protested against China’s actions in the South China Sea and Chinese jets approaching the tiny island of Taiwan, show that Beijing is trying to collide with other stakeholders in maritime regions where it claims to possess “historical maritime rights”.

If Beijing is successful in bullying around with other stakeholders in the South China Sea solely out of the military firepower mismatch between Beijing and other players in the maritime region, it would try to use island outposts to exert greater naval influence in the Indian Ocean.

The nations are now speaking up against China’s aggression in the strategically important region as Malaysia’s ex-Foreign Minister Saifuddin Abdullah slammed China’s “nine-dashed line” claim which has been declared with “no legal basis” by an arbitration tribunal in The Hague.

Abdullah said that Malaysia has “sovereign right to claim whatever that is there that is within our waters”. He added, “For China to claim that the whole of South China Sea belongs to China, I think that is ridiculous. It is a claim that we have made, and we will defend our claim. But of course, having said that, anyone can challenge and dispute, which is not something unusual.”

While Malaysia battles a pandemic and Chinese aggression in the South China Sea together, India has set aside its differences and approved Malaysia’s request for supplying hydroxychloroquine drug to deal with the Wuhan coronavirus. The bilateral relations between the two countries had reached new low under the tenure of Dr Mahathir Mohammad as his quest for Wahabism saw him meddling in India’s internal affairs from Kashmir to CAA as he regularly went on an anti-India rant at the first opportunity available.

It is heartening to see that India has chosen not to act vindictively and help out Malaysia in this time of crisis. In the past one month, the Indian High Commissioner to Malaysia, Mridul Kumar and Malaysian Foreign Minister Hishammuddin Hussein have met twice to discuss cooperation over the pandemic. Despite India having banned international flights since March 20, it allowed 18 special Malaysian flights to repatriate Malaysian nationals — the highest number of flights India has allowed for any foreign country.

Prime Minister Modi also held discussions with Indonesian President Joko Widodo as PM Modi assured that India will do its best to ensure that there is no disruption in the supply of medical equipments to Indonesia despite India being under a nationwide lockdown.

The Philippines who is another victim of Chinese aggression in the South China Sea and faulty medical equipments from China as last week, the Philippines filed diplomatic protests as it claimed that China locked radar on a Philippine navy boat and rejected its formation of an administrative unit in the disputed area.

India has stepped in and donated 150,000 pieces of heavy-duty KN95 and N88 face masks. It was the Indian Ambassador to the Philippines, Jaideep Mazumdar who led the turnover of the face masks which was facilitated by FICCI and the Indian community in Philippines.

Recently, Vietnamese Ambassador to India Pham Sanh Chau said that the trade between Vietnam and India would continue to grow strongly and sustainably after the world has successfully contained the Wuhan coronavirus. PM Modi has also held discussions with his Vietnamese counterpart Nguyen Xuan Phuc where the latter offered to provide more medical supplies to India. The two leaders also explored the ways to step up bilateral cooperation, in other areas including the defence and energy sectors.

The two leaders also agreed to open up their markets for each other’s farm produce and cut across bureaucratic hurdles in order to achieve $15 billion in two-way trade this year.

Engaging Vietnam is of significant importance as apart from having a territorial dispute with China over the South China Sea, Vietnam is also the chair of ASEAN this year.

India through its deft diplomacy and humanitarian gestures have lent a helping hand to the countries who are engaged in a territorial dispute with China much to the ire of the latter. India unlike China is acting as a responsible regional power and hence, is earning plaudits in Southeast Asia.

Race to the bottom: The UK economy is pushed back by 3 years due to Coronavirus