The worst form of state-backed discrimination 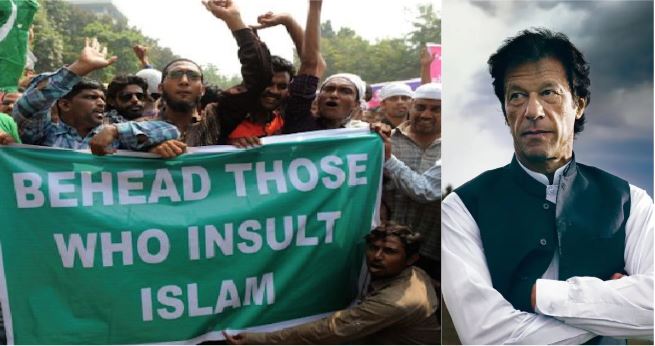 Pakistan is no place to spend one’s life in, if one happens to be a non-Muslim, or for that matter, happens to be a Muslim who is not qualified to be regarded as one by Pakistan’s radically jihadist establishment, and an equally fundamentalist populace. History is replete with testimonies that death is the nearest escape which minorities in Pakistan can avail in order to not be persecuted for their religious beliefs.

Particularly hated in Pakistan is the Ahmadi community, which, despite being adherents primarily to the Quran and the Prophet, are not recognized as Muslims by Pakistan’s establishment and their Constitution. The community has been historically persecuted against in the sorry excuse of a nation called Pakistan, and a recent development is a glowing testimony to the intolerance prevalent there.

A TV News channel in Pakistan flashed rather disturbing news for the common fundamentalists of Pakistan. The news reports suggested that Ahmadis were all set to be included in Pakistan’s National Commission for Minorities. This outraged many on social media, who immediately began trending anti-Ahmadi hashtags on Twitter and spewed hatred against the community. The trends went on to declare Ahmadis as ‘traitors’.

Following the unprecedented outrage, Pakistan’s religious affairs minister was forced to clarify that no such proposal was under consideration, which by the way is a blatant lie and a backtracking on the part of the government, fearing unprecedented amounts of backlash from large portions of Pakistan’s radical population.

Ali Muhammad Khan, a federal minister, went a step further and called for the beheading of all those who were involved in the blasphemy of the prophet, by which he was overtly indicative towards the Ahmadis.

The entire controversy surrounding the supposed inclusion of Ahmadis into the National Commission for Minorities started with the Imran Khan cabinet approving, in principle, the inclusion of Ahmadis in the Commission on the directions of Prime Minister Imran Khan. Consequently, the Ministry of Religious Affairs was directed to reconstitute the National Commission for Minorities and make Ahmadis a part of the same.

The Imran Khan government, however, having backtracked on their earlier decision, sought the refuge of a flimsy excuse, that no such proposal was ‘under consideration’, when in fact, the cabinet had cleared the same in principle, which means the reconstitution of the commission was under active consideration, to say the least.

Subsequently, the Ahmadis have yet again been left out of the commission, even as the Imran Khan government shamelessly cited “religious and historical sensitivity” as an excuse to do the same.

Everyone, except Ahmadis! Pakistan's National Commission for Minorities: No representative from the Ahmadi community included in the Commission given "religious and historical sensitivity of the issue." The persecution continues under state patronage. pic.twitter.com/3JiSeVOGt2

The Ahmadi sect of Muslims traces its roots back to undivided Punjab in 1989, when Mirza Ghulam Ali founded the order. The sect is hated by Pakistan for mere existence. A meagre 7 percent of Pakistanis actually consider Ahmadis as Muslims. The others, frankly, do not even consider them as humans, leave alone club them shoulder to shoulder as Muslims.

Abdus Salam, a theoretical Physicist, and the first Pakistani to win a Nobel prize could not dare to call himself a Muslim, despite being a religious and practicing follower of Islam. This, because he belonged to the Ahmadiyya community. Such is the apathy prevalent in Pakistan against Ahmadis.

Such is the institutionalized hatred against Ahmadis in Pakistan that they are neither considered a ‘minority’, and neither are they recognized as Muslims. The only recognition which the community has worldwide, is that they are relentless persecuted in Pakistan.

Yet, Imran Khan and the other minions of Pakistan’s military establishment continue to embarrass themselves by repeatedly attempting to speak out against facetious notions of religious intolerance in India, making a complete clown of themselves. What they could instead try to do, would be standing up to the jihadi populace of Pakistan and recognizing Ahmadis as equal citizens in Pakistan, considering they have not voted for the past thirty years in the country’s recreational and entertaining elections.

‘American companies must go to India,’ The US is working with India to kick China out of the global supply chain

‘We must investigate China,’ As European Union finally speaks up, the biggest nightmare for China is here