China caused this Pandemic and made sure that the world drowns 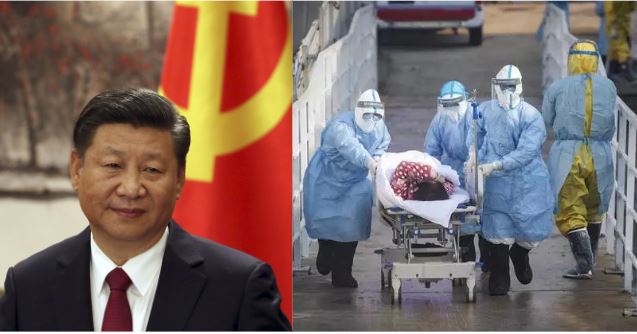 China’s skeleton in the closet in the wake of the Wuhan virus pandemic are coming out in the open now. According to the intelligence documents procured by the US officials, China covered up the extent of the Wuhan virus outbreak – and how contagious the disease is – to hoard the medical supplies needed to respond to it.  A four-page Department of Homeland Security report dated May 1 states that the Chinese leaders “intentionally concealed the severity” of the pandemic from the world in early January.

The Communist regime of the country colluded with the WHO to disseminate fake information regarding the true nature of the virus. The now infamous tweet of 14 January by WHO is still fresh in the world’s memory where it denied having no clear evidence of human to human transmission of the virus—contrary to mounting pieces of evidence suggesting otherwise and provided by Taiwan.

Preliminary investigations conducted by the Chinese authorities have found no clear evidence of human-to-human transmission of the novel #coronavirus (2019-nCoV) identified in #Wuhan, #China🇨🇳. pic.twitter.com/Fnl5P877VG

With the total Wuhan virus cases crossing three million worldwide, the Trump government has started tightening the noose around China’s culpability in the spread of the virus. The analysis states that, while downplaying the severity of the coronavirus, China increased imports and decreased exports of medical supplies.

While the US officials have come up with an official report now, TFI had covered China’s hoarding tactics nearly a month back when it had ransacked the down under country of Australia.

In January and February when the COVID-19 cases were at its peak in Mainland China, Xi Jinping through his proxies in Australia and several other countries hoarded billions of medical equipment. The irony of this situation is that Beijing is now supplying countries worldwide with aids under its soft diplomacy offensive charm.

China in total imported more than two billion masks and 25 million pieces of protective clothing from overseas between January 24 and February 29 before the Wuhan virus outbreak reached pandemic levels.

In one case, Australian employees of Greenland Group, a global property giant backed by the Shanghai government had bought up 3 million masks, half a million pairs of gloves, 700,000 hazmat suits, and bulk quantities of hand sanitizer, thermometers, and other medical items. The goods were hoarded at Greenland’s Sydney headquarters and were sent to China in January and February.

A Chinese government report had emerged detailing its foreign trade for the first two months of the year when the country was at the peak of its virus crisis. To facilitate the rapid movement of goods and supplies, Beijing had scrapped custom clearance protocol for “epidemic prevention and control materials.”

The report released by US further cements this fact by stating that China’s changes in imports and export behaviour were not within normal range.

“These are not the first times that we’ve had a world exposed to viruses as a result of failures in a Chinese lab, and so, while the intelligence community continues to do its work, they should continue to do that, and verify so that we are certain, I can tell you that there is a significant amount of evidence that this came from that laboratory in Wuhan,” said Secretary of State Mike Pompeo who has upped his ante in criticism of China.

The entire COVID-19 situation could have been handled with responsibility and transparency. However, the CCP instead of arresting the slide let the virus disease snowball into a big pandemic that seems nearly impossible to contain at the moment. To top it all, the CCP has now emerged as a ‘robber’ and a ‘hoarder’—which even by immoral Beijing’s standards, is a new low.