About 4,00,000 Daigous are operating in Australia currently 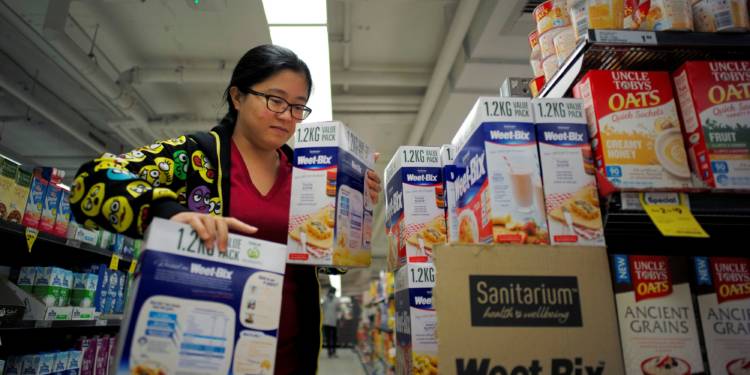 Twelve years ago, China was rocked by a baby formula scandal that left as many as 300,000 infants poisoned and six babies dead after drinking a milk formula that contained melamine, a chemical used in plastic. The crisis inadvertently led to the formation of a sophisticated global syndicate of professional shoppers that has transformed itself into a grey market over the years. Often translated as “to buy on behalf,” Daigou (pronounced as dye-go) shoppers are, predominantly, Chinese nationals who live overseas and buy locally to ship/smuggle goods back to China.

After Chinese consumers stopped purchasing domestic milk formulas from the local suppliers, the demand for the Australian baby formula shot through the roof. It became a highly-sought-after commodity in China and thus began the unquenchable thirst of the Chinese for the wondrous product and the rise of Diagou.

It is believed that about 400,000 Daigous are operating in Australia currently, sourcing and at times smuggling products for Chinese buyers and making hefty profits. The Chinese college students in Australia are turning towards this money-spinning opportunity of being a Diagou trader, instead of going down the traditional avenue of looking for a steady job.

With increasing demand from Mainland China, the Diagou industry has grown beyond the baby milk formula–as its roster now includes a vast range of Australian products like–cosmetics, clothes, food, wine, vitamins, toys— and pretty much everything under the sun that a native Chinese sitting in Wuhan would want to be delivered at his doorstep.

There is no explicit law regarding Daigous in Australia and consequently, these traders have been given the leeway to be part of a grey market trade, as the legalities of doing so are quite blurred.

The increasing menace of Diagou’s has wreaked havoc on the local consumers, especially in times of a pandemic when commodities are scarce. The Diagou traders further aggravate the misery by cleaning all the supermarket shelves the moment such items arrive at the stores.

Australian parents have raised concerns about struggling to access formula, whereas the retail workers said they were being abused while monitoring limits on purchases.

Australian chain supermarkets, such as Coles and Woolworths, now limit customers to buy two tins of baby formula per transaction.

A Diagou shipment airplane masquerading as a ‘mercy flight‘  was sent to Sydney last month from Wuhan with 70 tonnes of personal protective equipment (PPE). Interestingly, China had already ransacked Australia of its medical equipment much before the Coronavirus grew to the level of a pandemic. So when the authorities refused to buy the equipment at an inflated price, set by Chinese, the chartered plane had to turn back.

But while going back, the aircraft left with 11,298 tins of Viplus baby formula and 35,000 kilograms of Tasmanian Atlantic salmon on board. It is being suspected that it was Diagou traders who had hoarded such large consignments and sent it to China. The mercy flight rendezvous was orchestrated by one Yuan Richard Zuwen, who is the Executive Director of the Australia China Daigou Association.

Daigou businesses are huge and accounted for one-third of the total luxury goods bought by Chinese customers. But these syndicates have been repeatedly involved in illegal hoarding and stockpiling of goods in large quantities. Last year eight persons were charged with theft of baby milk formulas in Sydney, amounting to over one million Australian dollars.

A business park in Melbourne has emerged as the ‘Ground Zero’ for the secretive baby formula export trade in the wake of COVID-19 situation, according to Daily Mail. At a time when a country’s resources are running thin, courtesy the deadly virus and despite home affairs minister Peter Dutton’s promise to punish those exploiting Australian supermarkets by stockpiling commodities, the Diagous have been quietly going about their work.

Estimates suggest that the daigou market is worth at least $2.5 billion in Australia and a significant portion of the daigou trade take place on Chinese social media platforms like WeChat and on websites like TMAll, a subsidiary of the Alibaba website. These transactions happening over the internet means that many operations are taking place off the Australian Government’s radar, making them hard to crack down on.

Wow look at the attitude of the Chinese guy! 2 years ago, International Chinese Students would make a small fortune by exporting baby milk powder, vitamins & skin care products to China trading through WeChat. Locals ran dry to feed their own babies until supermarkets did this 👇 pic.twitter.com/TEgNrjowBU

A slew of publicly-listed companies in Australia rely so heavily on daigou sales that the daigou have become known for their ability to sink the share price of a company overnight. The diagou has transformed itself into a major lobbying group and whilst some Australian companies reap benefits, the locals suffer significantly.

But the disastrous impact parallel importing has on consumers has been quite evident in the wake of Coronavirus and therefore the Australian government should impose restrictions on baby-formula exports just as Hong Kong did in 2013 due to acute shortages.

The billion dollars industry is trying to redeem itself by trying to legitimize the trading it does through the muscle power it has garnered over the last ten years. If not stopped, the way Chinese have been able to slip the medical equipment and the milk formulas under the nose of the Australian government will only go unchecked and unabated.