China threatens to slap 80% import tariffs on Australian Barley, Australia is not backing down 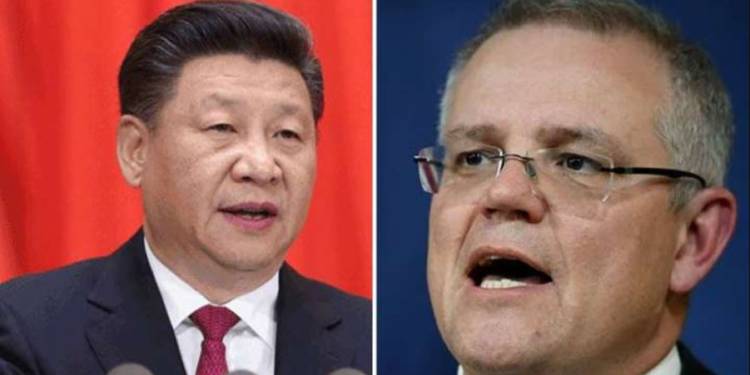 The diplomatic feud between Australia and China is reaching a tipping point now. The down-under country has not been backing down, albeit on the contrary slogging even harder with the Chinese. After thwarting China’s pressure tactics, Beijing has come up with one final weapon in its arsenal—the trade wars.

The Chinese government has threatened to slap Australian barley producers with tariffs of up to 80 percent as relations between Beijing and Canberra continue to sour.

China’s Ministry of Commerce has given the nation’s barley producers 10 days to respond to an anti-dumping investigation that’s been conducted into Australian grain imports since 2010.

The timing of the completion of the investigation is rather suspicious as it collides with the ongoing diplomatic feud between the two countries. Experts are seeing this move as retribution to Australia’s call for a COVID-19 inquiry.

The new misadventure of the authoritarian regime of China is devised to strong-arm Australia into giving up its demand for an international inquiry against China over its role in the spread of Coronavirus across the world.

And as has been the trend lately, the down under country is not taking the step off the pedal despite Beijing’s vile threats.

The Australian government has signaled it would consider taking the dispute to the World Trade Organisation (WTO) should China follow through with the planned duties of around 80 percent.

The officials earmarked that Australia “reserves all rights” to defend the interest of its barley producers—hence the move to the WTO.

The Australian PM Scott Morrison said he would be “extremely disappointed” if China’s plan to impose tariffs on Australian barley imports was connected to the ongoing broader diplomatic dispute.

While Morrison sounded diplomatic, the coalition partners in the government have been pushing for an even more hard-line approach to target the Chinese influence. One Queensland MP, George Christensen on Sunday issued a threat to summon the Chinese ambassador to answer questions before a trade-related parliamentary committee

Another senator from New South Wales, Concetta Wells has gone further to say that the government should spell out a plan to “decouple from China” economically and even to seek compensation for the impact of the coronavirus, according to The Guardian.

Things had escalated further when the disgraceful Chinese embassy leaked details of a private phone call with Australian officials to the state-owned Global Times.

Continuing its verbal tirade, the Editor of Global Times Hu Xijin had compared Australia to chewing gum saying “Australia is always there, making trouble. It is a bit like chewing gum stuck on the sole of China’s shoes. Sometimes you have to find a stone to rub it off,”

The Kangaroos are fairly simple and pragmatic in their approach—if the dragon believes that it is innocent then what is the harm in cooperating for an independent international inquiry.

Given that China happens to be, by far, the biggest trading partner of Australia contributing as much as the US $194.6 billion worth of imports and exports to the Australian economy, the entire episode, if nothing has shown the spirited fight Australians have been putting up.

Even the threat of tariffs has not thrown the Australians in any way. The government is adamant on an international inquiry and therefore countries all around should try and take a cue out of Australia’s manual of handling Chinese and confront the despicable Xi Jinping and his regime collectively.

After unleashing coronavirus in the world, China is preparing to starve Laos, Vietnam and Cambodia