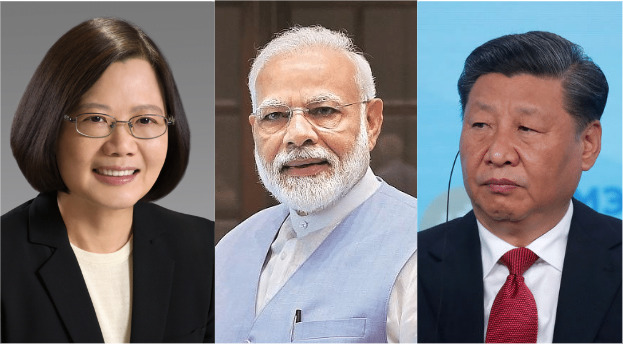 With 440 cases and 7 deaths, Taiwan’s battle against the Coronavirus Pandemic is turning out to be quite a story and it has led to a worldwide chorus for allowing Taiwan to participate at the WHO World Health Assembly. This comes at a time when India is all set to take charge of the Geneva-based World Health Organisation (WHO) Executive Board that implements the decisions of the World Health Assembly, the main decision-making body of the institution.

First and foremost, we must be clear about the fact that Beijing’s claim of Taiwan being a part of the mainland China is not sustainable. People’s Republic of China (mainland China) and the Republic of China (Taiwan) are fundamentally two different identities. Philosophically and practically, the PRC and ROC are two different States that cannot be tied together, yet China doesn’t want to recognise the latter’s separate identity.

The People’s Republic of China formulated the “Beijing Consensus”- a mythical model to convince its domestic population about the virtues of the Communist model and the obsoleteness of democracy.

China believes in stamping down about pro-democracy and pro-independence voices in Hong Kong and Taiwan, while Taiwan is a Constitutional Democracy that makes it irreconcilable with the brutal, authoritarian Communist Party of China (CCP) regime in Beijing.

Moreover, Taiwan is planning to amend or entirely draft a new constitution to reflect the present-day scenario and erase the mention of China from Taiwan’s constitution, making the two entities irreconcilable.

Taipei and Beijing are poles apart from each other which was also visible during the Coronavirus Pandemic. While Beijing’s role is highly murky with accusations of mishandling, cover-ups and allegations of the COVID-19 originating from a Wuhan lab, Taipei has come out in support of the global fight against the China-made Wuhan virus.

The little island has been supplying millions of masks and other medical equipment to every part of the world, including the European Union, India and the United States. This has led to a tilt in geopolitical dynamics which is why even players like the European Union which were traditionally reluctant to support Taiwan have now praised it.

Taiwan was successful in battling the Coronavirus Pandemic, and the country also shared information about its cases and prevention methods with the WHO, however it was never included in the WHO’s daily updated situation report.

WHO virtually endorses Beijing’s “One China Principle” and has not allowed Taiwan to participate at the World Health Assembly since 2016 after the pro-Independence President Tsai Ing-wen took over. Taiwan was warning about possible human-to-human transmission since December 31, 2019 but WHO admitted it only on January 24.

Keeping Taiwan outside the WHO, an organisation supposed to safeguard world health has hurt the global fight against the Coronavirus Pandemic, an issue underscored even by Taiwanese Foreign Minister Joseph Wu in an interview with The Hindu.

This is the reason why the United States has also been batting for Taiwan’s membership at the WHO and India’s strategic allies- the United States, Japan and Australia, among others have also been nudging India to support Taiwan’s bid for participating at the World Health Assembly.

Secondly, New Delhi’s self-interest also lies in supporting Taiwan’s bid given the bilateral ties between New Delhi and Beijing that tend to blow hot and cold. China has traditionally engaged in border disputes with India without any provocation from New Delhi.

China has also undermined the India’s territorial interests in Kashmir, and has invested heavily in Pakistan occupied Kashmir (PoK) and Gilgit-Baltistan under the China–Pakistan Economic Corridor (CPEC) project.

At the UN Security Council, China has been time and again raising the issue of abrogation of Article 370, and after the Pulwama terror attack last year China repeatedly blocked India’s bid to designate JeM chief Maulana Masood Azar a global terrorist before it finally succumbed to international pressure.

India, on the other hand, has always respected Beijing’s territorial interests and Air India website had also changed Taiwan’s name to Chinese Taipei keeping Beijing’s sensitivities in mind. But China has rarely reciprocated- the country has neither accepted India’s demands to reduce the massive trade deficit against India, nor has it cared to resolve border disputes despite New Delhi’s insistence.

Even now when Taiwan has sought India’s support ahead of the key WHO meet at Geneva on May 18, Beijing hasn’t cared to engage New Delhi properly. The Chinese diplomats have been behaving aggressively, constantly trying to force Indian media outlets to stick to Beijing’s “One China Principle”.

China claims Taiwan as a part of its territory under the “One China Principle” and as Taiwan seeks India’s support to participate at the World Health Assembly, the Chinese Embassy in India has not been dealing in a manner befitting diplomatic channels, rather it has been warning India against denouncing China’s claims over Tibet.

The Chinese Embassy spokesperson went on to say, “Under One-China principle, China’s central government has made proper arrangement for Taiwan region’s participation in global health affairs, which ensures the region can deal with local or global public health emergencies in a timely and effective manner.”

It is now for India to hit back at Beijing in the language that China understands. For the past several decades, China has been trying to undermine India’s territorial interests and now it is India’s turn to support Taiwan with extensive international support, much to China’s anguish.

It is no longer appropriate for India to let bilateral ties get overshadowed with concerns of Beijing getting irked. And by supporting Taiwan’s bid to participate at the World Health Assembly, the Modi government can explore options for closer Indo-Taiwanese ties.