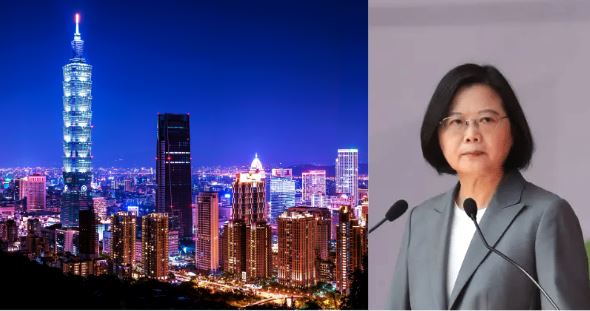 The COVID-19 Pandemic has sent shockwaves across the world regarding Beijing’s mishandling of the outbreak and has led to several geopolitical shake-ups aimed against China, the most prominent of them being resurgence in support for Taiwanese cause- which narrowly means supporting its bid for participation at the World Health Assembly of the WHO, and in its widest sense means supporting its demand for independence and official recognition.

But we tend to forget that in a pre-Coronavirus world order, the international community violated Taiwan’s very existence by failing to recognise it officially and giving in to the Dragon when it came to giving Taipei its due.

Taiwan happens to be one of Asia’s four tigers– the high-growth Asian economies, viz. Hong Kong, Singapore, South Korea, and Taiwan. The island State has a population of 2.38 crores and a booming economy of 605 billion dollars. The capitalist economy, one of the biggest in the world, occupies the 22nd spot in the world by Power Purchasing Parity (PPP).

Nevertheless, Taiwan has been a force to reckon with, and immediately after the Chinese Civil War ended, the “Taiwan miracle”- rapid industrialisation and economic growth, happened in Taiwan. Today, several conglomerates, tech majors and Fortune 500 companies like Pegatron, Formosa Petrochemical and Asus are based out of Taiwan.

The Democrats traditionally recognised the Soviet Union as a bigger threat than the People’s Republic of China, and even during the Cold War, the Democrats wanted to mollify the Soviets by forging closer relations with the prolific Chinese market.

The sudden change in the Pentagon’s worldview towards China merely decades after the Vietnam and Korean war meant that Taiwan stood isolated. Soon, other countries followed suit and severed ties with the little island in favour of closer ties with Beijing.

Even before Carter’s decision to sever official ties with Taiwan the United Nations General Assembly had, in 1971, voted to admit the People’s Republic of China to the intergovernmental organisation, while expelling the Republic of China (Taiwan), thus starting the process of Taipei’s isolation in the international arena.

Today, Taiwan is the biggest international economy that is not a part of the United Nations and it is barred from participation in many organisations like the World Health Organisation (WHO).

While PRC, one of the biggest human rights violators, was recognised by the United Nations General Assembly, a democratic society like Taiwan was sidelined. Still, the little island has continued to build on economic prosperity and military firepower to protect itself from Beijing’s expansionism.

Whenever an attempt is made by Taiwan to join such intergovernmental bodies, Beijing raises an objection and even tries to strongarm other countries against supporting Taiwan’s bid.

Taiwan aspires to be a part of the comity of nations, which is why it has maintained membership in the International Olympic Committee, Asia-Pacific Economic Cooperation, Asian Development Bank, Governmental Advisory Committee of the Internet Cooperation for Assigned Names and Numbers, and most recently, even the World Trade Organisation (WTO).

Yet only eighteen countries, including some UN member states, have recognised Taiwan officially. Beijing, being the trading hegemon that it is, threatens other countries against recognising it officially, and all other countries fall in line with the whims and fancies of the Asian giant.

In countries that maintain no official ties with Taiwan, including India, Taipei has established Representative Offices that function as de facto embassies. But Beijing has been always trying to isolate the little Island, and threatens to sever ties with countries that recognise Taiwan.

Such has been the isolationism that China objects to any country even allowing Taiwanese Presidents to land in other countries for stopovers, yet Taiwan’s pro-Independence President Tsai Ing-wen had landed in the United States en route a visit to her diplomatic allies in the Pacific, amidst Beijing’s protests.

However, once the Pandemic struck, countries across the world came to realise the grave error that was committed by ignoring Taiwan for far too long. While the “Beijing Consensus” failed the world as the opaque CCP regime in China created a Pandemic that the entire world is grappling with, Taiwan’s democratic system saved the day.

Today, Taipei has been helping the world under the ‘Taiwan can help’ initiative– supplying millions of masks to India, the European Union and the United States. Traditionally, it was the United States that stood by Taiwan, one of the reasons why China couldn’t invade Taiwan, but now countries like France, Australia, Canada and New Zealand have also come out supporting Taiwan, amidst Chinese threats. France has even signed an arms deal with Taiwan in open defiance of the “One China Principle”.

The United States has passed the TAIPEI Act, which received bipartisan support in the Congress, to support Taiwan’s international relations, and the European Union that is traditionally tilted towards Beijing has also recognised its efforts.

Amidst the Wuhan virus Pandemic, the world has come to realise that not supporting Taiwan- a highly industrialised and democratic State has been one of the biggest global failures in the 20th and 21st centuries. Taiwan is easily the most wronged player when it comes to the pre-Coronavirus world order.