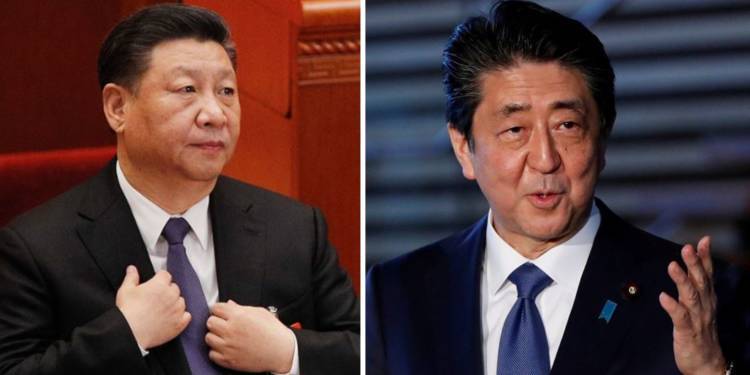 With an eye on China, Japan is bidding goodbye to the post-World War II, constitutionally mandated pacifism. On March 27 this year, Japan’s bicameral legislature, the National Diet, approved a whopping $46.3 billion defence budget.

Military insiders say that the latest spending is clearly pointed against Chinese expansionism. And as Japan has approved the massive defence budget to counter Beijing’s misadventures, China is making all possible moves to placate Japan.

Japan’s silent yet steady rise in military prowess over the past few years has been aimed against the threat posed by its nuclear-armed neighbour, North Korea. Article 9 of the Japanese Constitution prohibits the country from possession of offensive weapons, yet it is one of the biggest military spenders.

In the recent years, Japan has consistently increased defence spending and amending the country’s pacifist Constitution is at the top of Prime Minister Shinzo Abe’s agenda. Last year, the Shinzo Abe government had approved a record draft defence budget of $48.5 billion. This year the country hasn’t cut its defence spending drastically despite an economic downturn following the Coronavirus Pandemic.

A Japanese official, speaking on the condition of anonymity said, “It is China, not North Korea, that is the main concern.” This comes in the backdrop of deteriorating China-Japan relations during the ongoing Pandemic.

Tokyo was already irked with China, especially because it had to postpone the Olympics in which the Abe government had invested extensively- $12.35 billion to be precise. The country was keen on ensuring that the multi-sports event does not get postponed.

A Japanese official had even gone on to say that there was no “Plan B”. But owing to the Wuhan virus, Japan had to resort to “Plan B” which was at one time not even being considered.

And now Japan has sunk into recession– the Japanese economy shrank by an annual pace of 3.4 per cent in the January-March quarter, slightly better than the expected 4.5 per cent drop. But the days ahead are going to be scarier, as analysts have projected a massive 21.5 per cent contraction in the April-June quarter.

The China-made Wuhan virus has plunged Japan into a recession as households have limited spending and corporates have reduced hiring, investment and production to survive the Coronavirus Pandemic.

As if getting the Tokyo Olympics postponed and plunging the Japanese economy into recession was not enough, China has been getting on Japan’s nerves in the East China Sea.

Beijing’s Coastguard/naval vessels routinely intrude into Japan’s territorial waters in the East China Sea. Amidst the Coronavirus Pandemic, the Dragon has been flexing its muscles and recently four Chinese Coastguard vessels entered Japanese waters and started chasing Japanese boats. However, Japan would take none of this, and warded off the Chinese with a warning. This happened close to the uninhabited Diaoyu Islands that were bought by the Japanese government from a private owner in 2012, but are also claimed by China.

In fact, Japan’s ambitious plans, including a new hypersonic anti-ship missile hailed as a “gamechanger” by the country’s defence establishment, are China-oriented. It is specifically designed to take on China’s aircraft carriers in the South China Sea and East China Sea.

Japan’s military build-up has rattled China, and the country has now started cosying up to Tokyo as well as Seoul. China has lost friends around the world and international pressure is mounting against Beijing at a global level. Countries like Australia and the United States are giving it a headache by demanding an investigation into the origins of Coronavirus Pandemic in China, and all such remarks are pointed towards the Wuhan Institute of Virology.

China is living in desperate times, and has understood that it cannot afford to be isolated in its own neighbourhood and vicinity amidst a global backlash. It is appealing to its traditional adversaries, including Japan, for friendship.

A latest report by CCP mouthpiece, Global Times, fears a shift in Japanese policy that draws a balance between regional cooperation and Tokyo’s own economic interests. The Chinese State media outlet also makes a reference to Japan’s massive $2.2 billion stimulus package to help Japanese manufacturers shift production out of China which is illustrative of growing resentment against Beijing within Japan. Chinese policymakers are clearly wary of the anti-Beijing sentiment in Japan.

But notwithstanding China’s attempts to improve ties with Japan, the public and political opinion within Japan is becoming increasingly hostile of China. Recently, Japan’s Deputy Prime Minister had taken a dig at the WHO-China nexus, and had said that the World Health Organisation might have to change its name to “Chinese Health Organisation”.

The media outlets in Japan too had written about Chinese military research on bio-weapons much before other countries had started speaking about the Wuhan lab from where the Pandemic is believed to have originated.

The China-Japan ties in wake of the ongoing Pandemic have reshaped in a very interesting manner. Chinese expansionism grew unprecedentedly, but before Beijing knew it found itself on thin ice. Now, it wants to reshape ties with Japan in the backdrop of hostile global opinion, but Japan has made up its mind to give up on Pacifism.