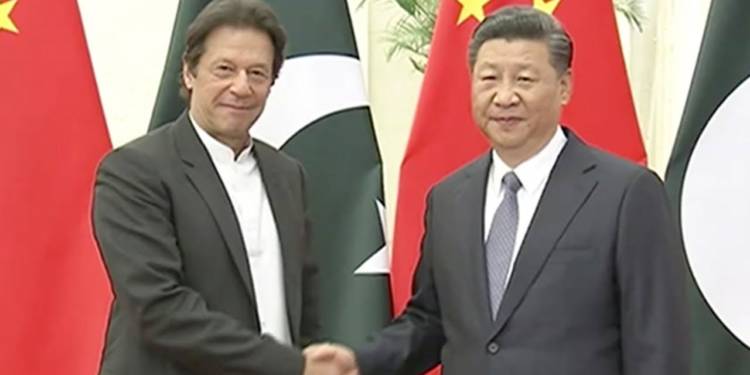 A nine-member Committee report in Pakistan that has been prepared after a probe into the anomalies of the of China-Pakistan-Economic-Corridor (CPEC) has created ripplpakies within the Islamic Republic.

The report has revealed that six Chinese-funded power projects in Pakistan have resulted in massive profits for private Chinese enterprises through over-invoicing and excessive tariff charges compared to market rates.

The report making some nasty allegations against Chinese companies was submitted by a nine-member committee to Pakistani Prime Minister Imran Khan last month. But the Pakistani government led by PM Imran Khan has been trying to bury the damning audit report under the carpet.

But massive embarrassment is coming Islamabad’s way as ET has reported that it has a copy of the report which alleged that government-to-government deals signed under the CPEC by the “all weather allies” unduly favoured Chinese investors.

In fact, one of the six projects under scrutiny- a $1.7 billion power transmission line project under the CPEC, has been found to be 234 per cent expensive when compared to a similar project in India. The report further exposes how none of these projects underwent the bidding process as all of them are being funded by a single country, that is, China.

A project cost of $1.7 billion was approved for this project. But the report takes note of a similar project awarded in India in January 2017. The Indian project is high in specification as well as length and is still cheaper by $360 million.

Unlike Pakistan, India had awarded the project through a competitive bidding process, and the winning bidder was the Zurich-based ABB.

The Chinese power sector investments in Pakistan are turning out to be quite a scam, and the Committee report has pointed out two coal-based power plants. According to ET, a comparison was made between a Pakistani government-owned power project and the other funded by the Chinese investments. Here also, the report has indicted the investors of over-invoicing the plant and machinery costs, putting direct burden on Pakistan’s debt-ridden economy.

Pakistan seems to be paying excessively for every single Chinese power project in the country. The report revealed that the Islamic Republic paid around $2.5 billion in excess payments to China for the two coal-powered projects. Irregularities have also been detected in wind power projects involving Hydro China and Three Gorges.

The direct fallout of the irregularities is the burden of higher tariffs on Pakistan which is fuelling excess payments to Chinese firms.

Islamabad has been trying to bolster bilateral ties with Beijing keeping its geopolitical clashes with India in mind. What the country doesn’t realise is that the Chinese firms are literally looting it, and it is the impoverished Pakistanis who are being made to pay exorbitant tariff charges to fuel corrupt and excessive payments to China’s power sector giants.

No mention of China or Wuhan: EU saves China in WHO and fools the world; embarrasses Australia