It seems Oli has realised his folly 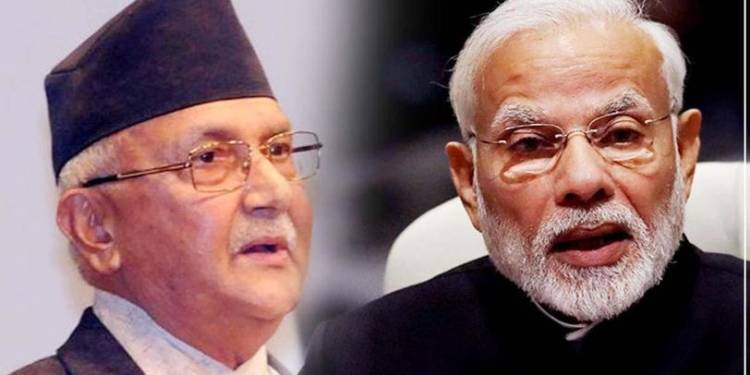 Nepal’s sudden decision to take an anti-India stance, surprised many as the communist Nepalese Prime Minister KP Sharma Oli heeded to whatever Chinese President and fellow communist Xi Jinping ordered him to do. Despite sharing close cultural ties with India and no ill-will among the people of both the countries, the bilateral relations between India and Nepal have deteriorated at a rapid pace this month thanks to Oli’s foolishness. It is almost as if Oli has realised his folly and has now asked Modi government to allow Nepalese traders to export palm oil and tea to India.

As a punitive measure against ex-Malaysian Prime Minister Mahathir Mohammad’s constant anti-India rants, Modi government decided to restrict the palm oil imports from Malaysia which dealt a severe blow to the latter’s economy. However, Nepal ended up being the collateral damage of India’s decision to restrict the imports as the Himalayan Kingdom used to import palm oil from Malaysia, refine it in Nepal and export the oil to India which was violating the free trade agreement.

Recently, Modi government cancelled the permission to import over three lakh tonnes of refined palm oil from Nepal and Bangladesh as it found that the two countries were misusing the South Asian Free Trade Agreement. According to the agreement, free trade is allowed only in the case where there is the production of the commodity in the economy of origin. However, Bangladesh and Nepal don’t produce a single drop of palm oil and import entirely from Malaysia. It is important to note that this move happened before Oli’s decision to amend Nepal’s map and take a decidedly anti-India stance.

Nepal has taken a huge hit as about 2.93 lakh tonnes of palm oil was slated to be imported from the country while the rest 12,000 tonnes from Bangladesh which is now cancelled. This has resulted in Malaysia’s palm oil exports dwindling not just in India but also in Bangladesh and Nepal.

In 2019, Nepal has exported tea worth Rs 63 crore to India which is not a good sign for India as it has a far better version with a Geographical Indication tag, the Darjeeling tea. India is seeking ways to restrict the flow of Nepal tea as due to the abundance of Nepal tea which is often sold as Darjeeling tea despite patent protection, saw the prices of Darjeeling tea drop by 20-25 per cent.

The Modi government is yet to respond to Nepal’s request and it remains to be seen whether India will entertain Nepal’s request especially at a time when Oli has gone on an unprovoked anti-India rant.