Chip Wars between Taiwan and China have officially begun. And Taiwan is winning big time

Not the best time for Xi Jinping 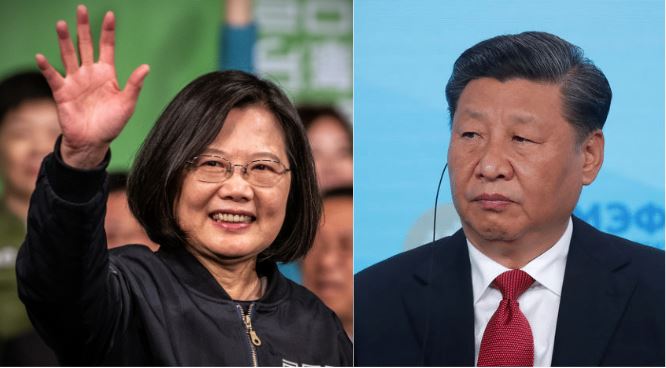 China in the wake of Wuhan virus pandemic is feeling the heat from all sides. Now its neighbouring country Taiwan, which Beijing considers to be a part of its territory is going toe-to-toe with it. The Chip wars have officially begun now and Taiwan is in no mood to back down.

According to various news reports Taiwan’s cabinet is planning to allocate more than NT$10 billion ($335 million) to entice foreign chipmakers to set up R&D facilities within the country, locally. The much-sought-after semiconductor technology has off late became a priceless commodity as the chip technology powers everything from smartphones to 5G base stations.

The Taiwanese incursion in the semiconductor (chip) field is to irk China and to also attract capital and new talent to maintain the island’s industry lead. Taiwan cabinet spokesman Ting Yi-ming confirmed the government has made plans to attract investments and create jobs.

According to government insiders, Taiwan aims to subsidise as much as half of all the research and development costs incurred by global chip companies that build their centres in the country. The offer to provide over half of the research cost will be hard to turn down and companies might scurry around to set their camps in Taiwan.

China and the US have been engaged in Trade Wars for years now. The latest casualty for the Chinese side has been the tech major Huawei which has been left bleeding dry after Trump imposed restrictions on Chips.

Reported by TFI, Huawei, the largest Chinese technology giant with annual revenue of more than 120 billion dollars, had said that its “survival” was at stake after USA imposed semiconductor (chip) export restrictions on the company.

The US Commerce Secretary explicitly said that the Department will “narrowly and strategically target Huawei’s acquisition of semiconductors”. Given the fact that semiconductors are the most essential device for any consumer electronics or telecommunication device; this ban would result in the collapse of Huawei.

Taiwan Semiconductor Manufacturing Company (TSMC), a Taiwanese company that manufactures semiconductors based on secretive American design had announced that the company would not be taking any new order from Huawei.

The little island nation of Taiwan is pursuing more foreign tech investments from multinational companies seeking to shift out their bases out of China. After the Coronavirus pandemic, big companies have been quietly jumping the sinking ship of China anticipating the failing market and the growing trade wars with Washington which is showing no signs of abetting.

Interestingly, the new policy of Taiwan emerges at the same time when China has been crying foul for America’s decision. The small country of Taiwan has been showing nerves of steel lately. Under the new President Tsai Ing-wen, calls for freedom from Chinese influence have been increasing too.

Taiwan is the only country perhaps which has successfully defeated the Wuhan virus despite the odds stacked against the nation thanks to the complete non-cooperation of the WHO. While the WHO was busy playing Beijing’s political games, Taiwan quietly earned legitimacy across the world.

The mask diplomacy Taiwan had undertaken by sending masks to European nation countries had also rattled the Communist country. Taiwan had donated 5.6 million masks to the European Union to help fight the Wuhan virus. The President of European Commission which is the European Union’s executive arm, Ursula von der Leyen at the time had took to Twitter to praise and thank Taiwan.

The European Union thanks Taiwan for its donation of 5.6 million masks to help fight the #coronavirus. We really appreciate this gesture of solidarity. This global virus outbreak requires international solidarity & cooperation. Acts like this show that we are #StrongerTogether.

EU thanking Taiwan means that China’s ‘One China Policy’ has found no takers. Taiwan also received a major shot in the arm as the US President Donald Trump recently signed the TAIPEI Act to support Taiwan’s international relations.

With the Chip wars, Taiwan is looking to hurt China while its already down. It makes perfect sense as Taiwan has been a technologically advanced nation for quite some time and now is the perfect opportunity to scale up the investments.

China wanted to encircle India with a String of Pearls. It now finds itself encircled by India instead