Chinese grip over the Southeast Asian countries is loosening 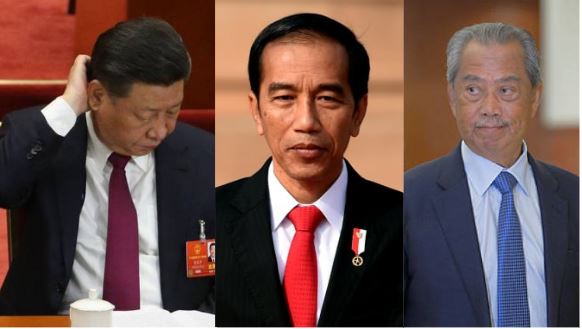 The Chinese grip over the Southeast Asian countries is loosening like sand slipping through one’s fingers. In a decision that would have sent alarm bells ringing across Mainland China, Malaysia has revoked 5G telecommunication spectrum allocations to five companies, including two linked to Chinese tech giant Huawei. Already reeling under pressure from the ban in the USA and UK, this new development is sure to make the already rattled China even more restless.

“Based on certain technical issues, provisions of the law and the need for a transparent process, I have ordered the chairperson to cancel the Minister’s Order and Determination and to review the said instruments as soon as possible,” said Communications Minister Saifuddin Abdullah citing a need for greater transparency in the process.

The ministry in May had awarded contracts to Altel Communications, Celcom Axiata, Digi Telecommunication, Maxis Broadband, and Telekom Malaysia. Out of these companies, Maxis had signed a deal with Huawei. In February 2019 both Maxis and Huawei had signed an MoU to cooperate in 5G trials in Malaysia. Altogether, Huawei was set to provide 4G and 5G services to Maxis, as well as Celcom and Telekom Malaysia but the cancellation has hard-braked its plans.

The tenders were awarded to the companies without a public announcement and when calls for corruption began to come out of the entire process of allocating the spectrums, the Ministry cancelled it and called for a transparent system to be followed.

US has long been calling Huawei as an espionage tool of the Chinese Communist Party (CCP) and has been leading the crusade to eject Huawei from any country it is trying to squeeze in. It was only after the USA had put the pressure on the United Kingdom that the tories backed off from the deal with Huawei.

While the developments in Malaysia were still ripe, another bout of bad news came for China and this time from the Southeast Asian country of Indonesia.

Indonesia on Friday last week rejected a Chinese offer for negotiations on the South China Sea, as Jakarta reiterated that it had no overlapping claims with Beijing in its exclusive economic zone.

Beijing had shot a letter to U.N. Secretary-General António Guterres acknowledging it had no territorial dispute with Indonesia but said that the two countries had overlapping claims over maritime rights in parts of the South China Sea.

Earlier, reported by TFI, Jakarta had rejected China’s nine-dash line in the South China Sea or any claims of historical rights in the region. Now Jakarta has even refused to acknowledge that there is any overlapping maritime issue in the region with China.

The Indonesian government in a letter to UN secretary-general (dated 26 May) had also mentioned a 2016 ruling by the Permanent Court of Arbitration in The Hague, which the Philippines won, against China’s claims that it has a historic right to the maritime region.

If these embarrassments were not enough for Xi Jinping and his regime, Indonesia came up with another maneuver that has ever so slightly given a tight slap to China and its policies.

Jakarta mulling to introduce Japan in an Indonesia-China consortium

Jakarta is now mulling to include Japan in Kereta Cepat Indonesia China (KCIC), an Indonesia-China consortium to develop the Jakarta-Bandung high-speed railway.

Interestingly, China had outbid Japan for the project but the consistent delay in the project by the Chinese side which has been further exacerbated by COVID-19 has pushed the Indonesian government to bring Japan in the fold to expedite and expand the national strategic project.

Policymakers believe the inclusion of Japan would accelerate the Jakarta-Bandung high-speed railway project.

If this decision sees the day of the light, it would hurt Dragon’s egotistical nature as the Indonesian government will be indirectly sending the message that it did not have faith in Beijing to complete the project on time.

The High-speed rail project was aimed to begin operation by June 2021, which in the first place was already a two-year-long delay from its original target of 2019.

But with China unleashing a health crisis over the world, the project is all but certain looking to be stalled further.

The series of developments in the South China Sea is set to give a major jolt to China and its expansionist policies in the region as smaller countries like Malaysia, Indonesia, and the Philippines are starting to stand up to it.

Beijing has bit more than it can chew and a post COVID world will be a different reality altogether for Beijing. With the Western nations already circling China with India in the squad and Australia in the Indo-pacific region, China is being legitimately cornered as Southeast Asia also jumps in the fray.

Chip Wars between Taiwan and China have officially begun. And Taiwan is winning big time