PLA has been slam-dunked in Ladakh 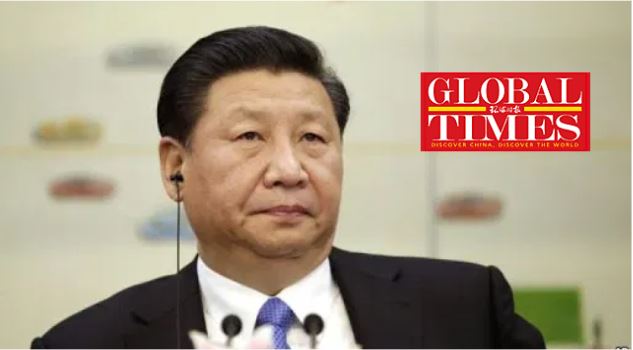 China has given in after almost a month-long standoff along the Line of Actual Control (LAC) in Eastern Ladakh. We are not saying this, it is the nasty Chinese state media which has suddenly turned pacifist after days of war commentary and has announced China’s humiliation.

The People’s Liberation Army (PLA) of China had mobilised troops and moved in heavy equipment including combat infantry vehicles and artillery along several points of the Galwan Valley and Pangong Tso lake along the effective Sino-India border in China. The Indian Army matched China’s troop build-up which resulted in a stalemate.

The Chinese state media led by Global Times kept threatening India with dire consequences but things started changing ever since the Corps Commander-level meeting took place between India and China.

First, Xi Jinping regime in China virtually kneeled by replacing the Army commander for its Western Theatre Command ground forces that handles the Sino-India border ahead of the unprecedented, three-stars generals meeting between India and China.

The Chinese State media fell silent after the key meeting- no chest thumping and no bellicose editorials. On social media, China deleted the entire conversation around the standoff.

For all the aggression that China tried to show at the border, the Global Times could only manage a video- a bizarre war commentary in which PLA’s “terracotta warriors” could be seen getting their boarding passes stamped and moving into a civilian aircraft.

The Global Times claimed that the troops were headed towards the high-altitude China-India border without any acclimatisation amidst rising tensions between the two countries.

But now Global Times has even stopped pretending. The CCP mouthpiece that actually serves as a Chinese Foreign Ministry spokesperson is now asking for peace.

According to Global Times, Hua Chunying, spokesperson at China’s Ministry of Foreign Affairs has said that “Both sides have kept close contact over the current border situation through diplomatic and military channels since recently, and both sides have reached a consensus that we should carry out our leaders’ important consensus, not escalate the dispute into a conflict, maintain peace and tranquillity in border areas together and create a good atmosphere for the stable development of healthy bilateral relations.”

In fact, Global Times has gone as far as saying that the present situation will not take the shape of another ‘Doklam’ crisis. The state media outlet quotes anonymous experts (read ‘Chinese diplomats’) as saying “as both sides have gained a great deal of experience from the Doklam incident in 2017, and since then all kinds of bilateral mechanisms including on military, diplomatic and local issues have been established, which has eliminated the possibility of an incident escalating into a crisis”.

Clearly, the CCP and its mouthpiece have not been able to get over the ghosts of the massive embarrassment that it had suffered at the hands of the Indian Army during the 73-day Doklam standoff in 2017. At that time too, the PLA had to ultimately relent in face of an unyielding Indian Army.

CCP claims that the ongoing standoff hasn’t become another ‘Doklam’ and we couldn’t agree more. This is even worse for Beijing. In 2017, the PLA had lasted for 73 days, but this time their aggression has fizzled out in a month.

The stakes too were higher for China this time around as it is battling a global backlash over the Coronavirus Pandemic, and to get a bloody nose at this juncture is the last thing that Beijing would have wanted.

Also, the Chinese state media was unsubtle in its approach this time, as Global Times claimed, “Since the Doklam standoff with India in 2017, the Chinese military has expanded its arsenal with weapons like the Type 15 tank, Z-20 helicopter and GJ-2 drone that should give China the advantage in high-altitude conflicts should they arise.”

Such naïve and empty threats only destroy the credibility of PLA’s capabilities and competence.

Meanwhile, the state media is trying to weave a new narrative to save its face. It has quoted a senior fellow from Tsinghua University that bears close links with Chinese military as saying “both sides have the strategic wisdom to see through the US’ ulterior motive in intervening and encouraging India to confront China at a time when China-US relations are deteriorating.”

As the Chinese State media has started talking about India not taking the bait of American encouragement instead of boasting PLA’s untested weapons, it is clear that China has declared defeat in Ladakh and Global Times has announced it.