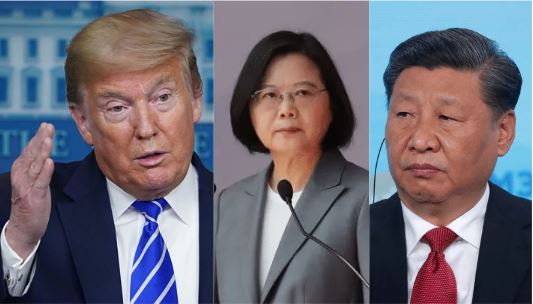 The US is increasing its engagement with Taiwan in a bid to checkmate China. Taiwan has been rightfully gaining a lot of goodwill for successfully containing the Wuhan coronavirus and also taking up mask diplomacy. The US with the CAATSA Act gave a major shot in Taiwan’s arm to gain diplomatic recognition and now Republican Senator Josh Hawley has introduced a bill titled, ‘Taiwan Defense Act’ which seeks to safeguard the island nation from any military aggression by China.

The new legislation aims to ensure American forces maintain their ability to resist any Chinese attempts of invading the island nation. The Senator released a statement that said that the bill, “ensures that the United States is able to continue meeting its obligations under the Taiwan Relations Act in the face of the Communist Party of China’s aggressive military build-up.”

Senator Hawley said, “The TDA requires the Department of Defense to maintain the ability to defeat a Chinese invasion — and in particular, a Chinese fait accompli — against Taiwan and to report regularly on its progress toward this goal.”

Hawley explained how Taiwan is the “lynchpin of a free and open Indo-Pacific,” and under no circumstances should the Chinese Communist Party allowed to take control of Taiwan as in that case, it would effectively allow the CCP to dominate the Indo-Pacific region. He said, “This would pose an unacceptable threat to the lives and livelihoods, not just of our Asian allies and partners, but of working Americans here at home. We must not allow that to happen.”

The 16 page bill mentions the term “fait accompli” which is a strategy of the Chinese Communist Party to forcefully seize control of Taiwan by catching the US unaware and before being able to respond to China’s military, while also simultaneously engaging with the US to convince that an American retaliation would be difficult and costly.

The bill has made note of how the CCP is preparing to invade Taiwan as it has already come up with structures that resemble the Taiwanese Presidential Palace and its capital at its military bases. The bill states that, “(The Chinese government) appears to be developing the plans and capabilities required to use the fait accompli strategy to compel the unification of Taiwan.”

The bill in its current state suggests that the US government should “maintain the ability of the U.S. Armed Forces to deny a fait accompli by the People’s Republic of China against Taiwan.”

Read: ‘Compromise with China? Never!’ China loses big time as the last pro-China voice in Taiwan bites the dust
Read: Taiwanese jets drove away Chinese intruders: A spirited Taiwan is giving it back to China in a language it best understands

The bill if passed, would see the country’s Defense Secretary submit yearly reports to the congressional defense committees from 2021 till 2026. The reports will detail how the US Armed Forces are improving its abilities to conduct joint operations to resist any Chinese invasion in Taiwan.