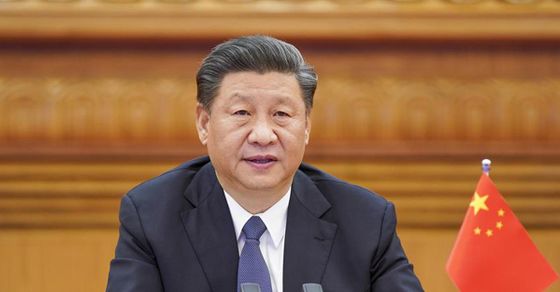 China has got another jolt out of the blue as a Kenyan appellate court has passed a judgment against the USD 3.2 billion Standard Gauge Railway (SGR) project between Kenya government and the China Road and Bridge Corporation (CRBC), calling the contract ‘illegal’.

The Kenyan High court had earlier rejected the petition but the appellate court took cognizance of the plea and gave out the verdict. The petition said that the railway cargo project was “a 100 percent Kenyan funded venture” with the Kenyan taxpayers who would be repaying the loan repayments.

The lawsuit was first filed in 2014 when it was still under construction and a decision has come after six years when large sections of the railway line are already operational with both parties having poured massive resources into the project.

The railway line has shot up costs by 50 percent

The newly built Chinese railway line, from the port city of Mombasa to the capital, Nairobi, however, has shot up the cost of transportation by 50 percent. China built the railway line under its ambitious Belt and Road Initiative (BRI).

“KPA has an obligation to feed the railway … we were the guarantors of the rail,” said Daniel Manduku, head of the state-run Kenya Ports Authority.

Kenya is one of China’s largest trade partners in Africa, holding 11.55 % of Kenya’s foreign loans, valued at around $6.5bn. Worryingly, China’s interest payments represent 87% of the cash used to service debt expenditure in 2019.

If Kenya fails to repay huge loans advanced by Chinese lenders then it risks losing the lucrative Mombasa port. The loans were granted for the development of the Standard Gauge Railway (SGR) project which has been deemed illegal by the appellate court.

The terms of a $2.3 billion loan for Kenya Railways Corporation (KRC) specify that the port’s assets are collateral, and they are not protected by Kenya’s sovereign immunity due to a waiver in the contract.

Mombasa is not just the gateway into Kenya, but also into its landlocked neighboring nations Burundi, the Democratic Republic of Congo, Rwanda, South Sudan, and Uganda. Therefore losing it means losing the sovereignty of the nation, in essence.

China’s influence is increasing in the African region and in September 2018, Zambia lost Kenneth Kaunda International Airport to China over debt repayment.

Within the Sub-continent, the Hambantota project remains the living example of Beijing’s “debt-trap diplomacy”. This was one of the first exploits of the Dragon when it came to slipping other countries into a debt crisis.

The Hambantota project was one of the biggest reasons why Indo-Sri Lanka ties had deteriorated considerably towards the end of Mahinda Rajapaksa’s Presidential term. The project had failed to kick-off, and after failing to show commitment in the payment of billions of dollars in loans—a debt-ridden Sri Lanka had to ultimately hand over the port on a 99-year lease term to China.

The transfer gave China control of the territory as it has a strategic foothold along a critical commercial and military waterway with India in the immediate neighborhood.

Debt-trap diplomacy: The bedrock of BRI

The debt-diplomacy policy forms the bedrock of the BRI and China is using it to hash out the assets of the country in lieu of the debts these poor countries owe to China.

The modus-operandi is fairly simple—enter a country on the pretext of development activities, hand out fishy loans with exorbitant interests rates and when the state fails to repay it, capture the territories, buy off the important senators and people of the country and before the public know, China has encircled the country from all side.

In the wake of the Coronavirus pandemic, Australia has been rising up to the threat of Chinese expansionist policies. Consensus is building in the down under country to get the Darwin port back from Beijing.

In a strategic blunder, the Northern Territory Government of Australia had decided to lease the Darwin Port to a Chinese company for 99 years.

The port is strategically located on the southern flank of the US operations in the Pacific in close vicinity to Southeast Asian nations like Indonesia. This has repercussions on the potential flashpoints between Beijing and Washington in the South China Sea. However, Coronavirus has taught the Scott Morisson government that it cannot trust the Xi Jinping regime even an iota.

If Australia can go on a course-correction mode then so can Kenya. The appellate court’s decision might just allow the Kenyan government to come out of the Chinese sinkhole of debt-trap.

Repayment of the debts still needs to be worked out but it will at least stop the African government from accepting further bad loans.

After India pushes PLA back, Japan does not rule out pre-emptive strikes against China