After India pushes PLA back, Japan does not rule out pre-emptive strikes against China 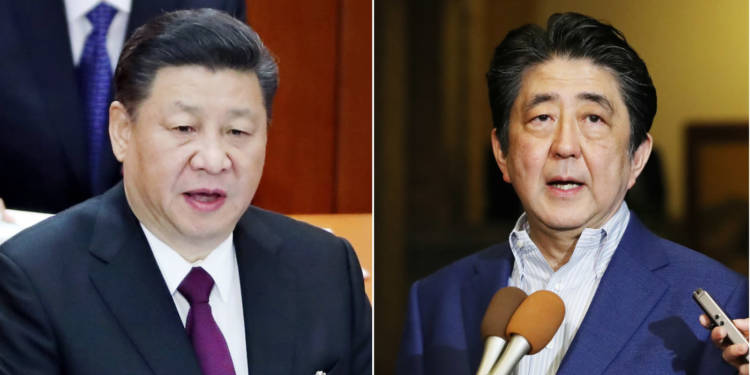 Amidst the ongoing military stand off between the Indian Army and the Chinese People’s Liberation Army (PLA), fresh trouble is now brewing for the Dragon in Japan.

In a rare briefing for foreign media on Thursday, Japan’s Defence Minister Taro Kono has underscored the need to keep a tab on Beijing’s intentions and capabilities. He has also not ruled out the option of Japan seeking pre-emptive strike capabilities ahead of National Security Council meets this Summer.

He said, “We need to raise awareness of what’s going on around Japan,” while emphasising the country’s recent actions in the South China Sea, Hong Kong, and Eastern Ladakh.

His remarks come after Kono announced that Tokyo would cancel the purchase of Aegis Ashore program made by the American company, Lockheed Martin.

But its installation was opposed by northern Akita and southwestern Yamaguchi prefectures. The reason being that the boosters from the interceptors could risk residential buildings.

Toro disclosed, “The only reason we had to stop the deployment was because we are not able to control where the boosters might fall.”

The National Security Council of Japan is in favour of searching for a less costly option. On the question of considering pre-emptive strikes, the Japanese Defence Minister said, “I don’t think we are excluding any option before discussions.”

With the Aegis Ashore program being shelved for now, defence circles in Japan believe that acquiring pre-emptive strike capabilities and hitting the launchpad facilities beforehand could be a better and a cheaper option.

Such proposals were discussed in 2013 and 2018 as well for revising Japan’s National Defense Program.

This is a clear departure from Tokyo’s ‘sword and shield’ relationship with the United States, wherein Washington is the ‘sword’ with offensive capabilities while Japan focuses on defence as the ‘shield’.

This is changing owing to China’s sudden belligerence in a post-Coronavirus world. Japan’s Foreign Minister,  Toshimitsu Motegi said, “This is not a security environment where we can simply attach the ‘sword and shield’ characterization.”

Japan’s Constitution has an inherent pacifist character attached to it. But Article 51 of the UN Charter too is constructed as allowing pre-emptive strikes as a part of a country’s sovereign right to defend itself.

Japan maintains that its Constitution allows attacks on enemy bases. In 1956, the then Japanese Prime Minister Ichiro Hatoyama had said, “I don’t believe the constitution intends for us to sit and wait for our own destruction.”

Today, Japan has made it clear that it is exploring pre-emptive strikes purely as a defensive option. Chief Cabinet Secretary Yoshihide Suga said, “We want to thoroughly consider the matter as a strictly defensive policy.”

Tokyo is looking to acquire hardware that can lend capability for conducting pre-emptive strikes, though it is avoiding weapons that are designated to attack other countries. A clear shift is happening in Japan’s China policy.

Meanwhile, the Shinzo Abe government is also gearing up to expand its “Free and Open Indo-Pacific Strategy”. The Japanese Defence Ministry will assign another International Affairs Officer to its Bureau of Defense Policy.

This will effectively double Japan’s coordination staff for countries other than the United States.

This is particularly important because China has been trying hard to change the status quo in the Indo-Pacific at three crucial regions- at Himalayas with India, South China Sea and at East China Sea with Japan.

In Eastern Ladakh, it is making new, untenable claims in order to push the LAC- de facto Sino-India border Westwards. In the South China Sea, Chinese vessels have been entering territorial waters of Vietnam, Malaysia, the Philippines and Indonesia.

Japan too recently changed the names of Senkaku Islands, referred to as Diaoyu islands by China after Chinese vessels started intruding into these islands located in Japanese territory.

The United States, a key Japanese ally, has thus been encouraging greater cooperation amongst the biggest players in the Indo-Pacific, viz. the Quad- India, Australia, Japan and the US itself.

In his talks with his counterparts in India and Southeast Asian nations, Japanese Defence Minister has exhorted all stakeholders to resist “attempts to change the status quo”- a clear jibe at China.

China is thus getting a bloody nose at all fronts. First, India resisted Chinese aggression at the LAC in Eastern Ladakh and also inflicted heavy casualties upon the PLA, and now Tokyo is looking to build pre-emptive strike capabilities in order to deter Beijing.

As India pushes China from its land, ASEAN countries come together to push China from the South China Sea