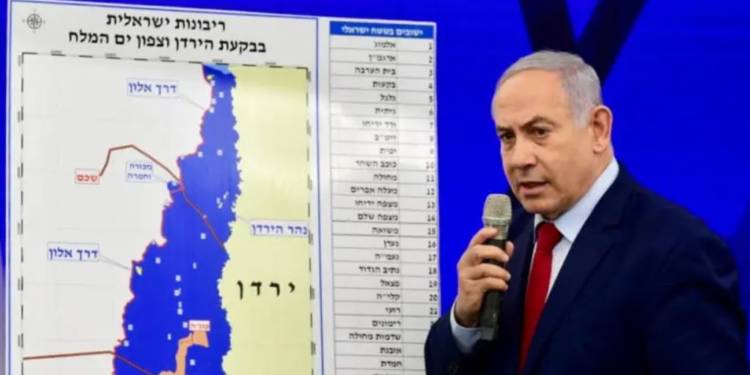 The Israel-Palestine conflict is headed for a major change, as Israel is about to legitimise its Jewish settlements in the West Bank. Located on the western bank of the Jordan River, the West Bank is bound by Israel on the North, South, and West.

As for the unrecognised Palestine, it wants to create an international State by claiming the Gaza Strip and the entire West Bank.

Now, Israel’s Prime Minister wants to declare sovereignty over Israeli settlements in West Bank and a significant chunk of the Jordan Valley bordering Jordan that covers almost 30 per cent of the West Bank area.

The Israel PM is capable of commencing annexation into West Bank from July 1 this year on the basis of his agreement with the Defence Minister Benny Gantz. This has brought Israel’s Annexation Plan into the limelight.

Basically, this annexation or application of sovereignty in terms of international law will mean that Israel will describe its settlements in the West Bank as an integral part of its territory. This will take over from the military rule applicable to the occupied settlements.

The Middle-East Peace Plan proposed by Trump to recognise Israel’s sovereignty over the settlements in the occupied West Bank has fallen apart. The Plan had proposed to allow Israel to annex Jewish settlements on the West Bank and also gain security control over the Jordan Valley.

At the same time, it offered to enlarge the size of the Gaza strip and to connect it with the West Bank through a tunnel.

But the Peace Plan unsurprisingly fell apart, the reason being that Palestinian Authority leadership was never really ready to accept a Plan that would recognise Israeli sovereignty over Jewish settlements and villages placed amidst what was earmarked as Palestinian territory.

The reason however outrageous is the basis of Palestinian demand. Palestinian Authority President Mahmoud Abbas often argues that a Palestinian State will never let Israelis within their sovereign area. It is a different matter that Arabs continue to reside and move seamlessly within Israel.

Within Israel, it is being increasingly argued that the country has waited for several decades in hope of an amicable resolution to the dispute, but now it must be accepted that peace cannot be achieved by giving away more of the ancestral Jewish homeland.

Therefore, the idea of a unilateral move to annex Israeli settlements in the West Bank is gaining traction within Israel. More ardent supporters of the plans to annex the West Bank argue that there was no two-State plan in the first place.

The Jewish homeland of Israel was established on the basis of the Balfour Declaration of 1917, the San Remo Conference of 1920, and the recognition of the State of Israel by 162 member states of the UN.

The Balfour Declaration became the basis of the San Remo Conference to decide the future of the erstwhile Ottoman Turkish Empire, a vanquished side during World War I. the San Remo Conference noted that the Mandate for Palestine would be responsible for carrying out the Balfour Declaration and working for the establishment of a Jewish nation without prejudice to the non-Jewish people in the region.

In essence, this means that the Balfour Declaration is the foundational document. Interestingly, there was no mention of Palestine. In fact, there has never been an Arab State in Palestine. The Arab people in the region considered themselves as a part of Greater Syria in political terms.

Patience is, therefore, wearing thin in Israel, and the present geopolitical and domestic circumstances are conducive for an annexation in the West Bank.

There is political unity and stability in Israel in a very unusual manner today. After three inconclusive polls, Israeli Prime Minister Benjamin Netanyahu and his political rival, Benny Gantz signed an agreement to form an emergency unity government earlier this year.

As per the deal, there would be rotating leadership, with Netanyahu going first. But they are essentially on the same page regarding the Annexation Plan. Last month, Gantz himself asked the Israeli Army to step up preparations in the West Bank in the run-up to possible Annexation.

In the Arab world, Israel is not going to face as much outrage as it would have faced earlier. Palestine used to be a very emotive issue for Muslims around the world in general and the Arab world in particular.

But the Arab world is no longer as serious about Palestine as it used to be. Countries like the UAE and Saudi Arabia have given up a sense of hostility. Moreover, they do not want to handle another war amidst endless conflicts such as the Syrian war and the Yemen war.

Qatar is probably the only Arab nation that is still passionate about Palestine, but that doesn’t matter much for Israel.

As for the world outside the Gulf region, there will not be a better time to make a move. Most of the countries are busy in containing the Pandemic or reviving their Coronavirus-hit economies. There will be some threats, warnings, and even opposition. After all, Israel is the most prolific target of certain human rights organisations.

However, if Israel has to annex the Jewish settlements in West Bank, it has to be now or never.