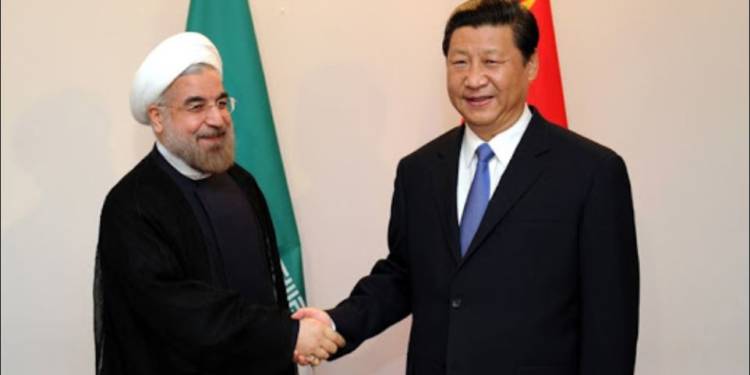 China is buying Iran and the Shia-majority country has been valued at $400 billion for the purpose. This should send warning bells ringing for New Delhi as we are headed towards what can be the biggest alteration in status quo in the Central Asia in a long time. As Beijing overwhelms Tehran, India stands to lose its grip on the Chabahar port project.

The foundations of what is being dubbed the “colonial contract” were laid last year in August when Iran’s Foreign Minister Mohammad Zarif visited China and met his counterpart Wang Li.

Zarif had presented a secret document to his Chinese counterpart. The details were not made public. What we do know though is that this was a roadmap for a comprehensive 25 year-long Sino-Iranian strategic partnership. However, some specific details of the document have been unravelled by OilPrice.com and it seems that what Iran has actually signed is virtually a sale deed and that too for an inadequate consideration.

Tehran has its own reasons. The country is hard-squeezed due to sanctions from the West and Trump’s ‘maximum pressure’ policy on Iran. China remains the biggest oil importer from Iran but India doesn’t want to antagonise Washington and therefore, New Delhi has stopped purchasing oil from Iran.

Eyeing an obvious opportunity, Beijing has intruded deeply into Iran with this deal. One of the secret elements of this deal is that China will invest $280 billion in the development of Iranian gas, oil and petrochemical products. The amount will be front-loaded in the first five years of the 25-year programme, and further amounts will be brought in over the upcoming phases.

China is using Iran’s sanctions-crippled economy to milk it and fulfill its own energy needs. As per the secretive 25-year plan, China will be allowed to buy all oil, gas, and petrochemical products at a minimum guaranteed discount of 12 per cent to the six-month rolling mean average price of comparable benchmark products.

Certain additional discounts are also in the offing such as a 6 to 8 per cent discount for adjusting risks. Beijing will also be given the right to delay payments for two years and finally it will be allowed to make the payments in soft currencies that have been accumulated from businesses in Africa and the pre-Soviet Republics.

There will be another investment of $120 billion for developing Iran’s transport and manufacturing infrastructure. This amount too would be front-loaded in the first five years with the option of increasing investments subsequently. Like any other BRI project, here also the Chinese companies will be given top priority and the option of first refusal to bid on any new, stalled or uncompleted oil and gas field developments.

China could ultimately look to replace the China-Pakistan Economic Corridor (CPEC) with its unnamed investments in Iran. The CPEC has run into trouble with corruption in Pakistan and the Balochs struggle which has jeopardised Gwadar port.

Beijing can easily buy Iran instead of Pakistan. Just like Gwadar, Chabahar, for example, also offers direct connectivity to the Indian Ocean via the Persian Gulf. This allows China to bypass the Strait of Malacca and Indian influence in its oil supplies and trading routes. The $400 billion investment in Iran is therefore also more than six times higher than the $62 billion invested in CPEC.

It is however the military element of the China-Iran deal that should truly worry India. As per the secret deal between Iran and China, Russian and Chinese military vessels will be allowed to use the newly created dual-use facilities at key Iranian ports including Chabahar.

China is trying to create its own military bases in Iran, and India’s interests in the region could end up getting harmed in the process.

With this, India’s plans of safeguarding its interests in the Middle East could end up in doldrums. The Chabahar port is situated close to the Strait of Hormuz, a chokepoint between the Persian Gulf and the Gulf of Oman.

It is the busiest oil chokepoint in the world. Two-thirds of India’s oil imports and half of its liquified natural gas imports come through this narrow Stait that lies between Iran and Oman. 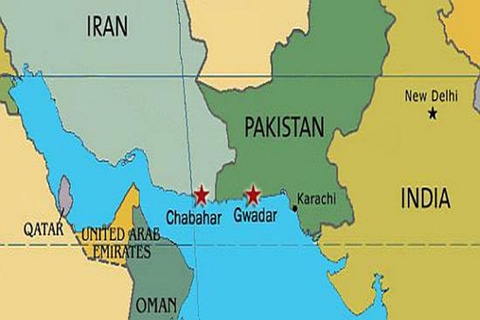 New Delhi wants to make Chabahar its key to bypass Pakistan and also to safeguard its interests and reconstruction projects in Afghanistan. But if Chabahar falls to China, India’s energy security, trade routes to Central Asia and Europe, and access to the landlocked country of Afghanistan would stand blocked.

China is not only looking to milk Iran for its own use, but it is also looking to complete the ‘String of Pearls’ around India. With Pakistan and Iran firmly in its grip, Beijing can also create a blockade energy supplies to India by throwing obstacles in the narrow Strait of Hormuz.