An expanded Quad will be the death knell for China 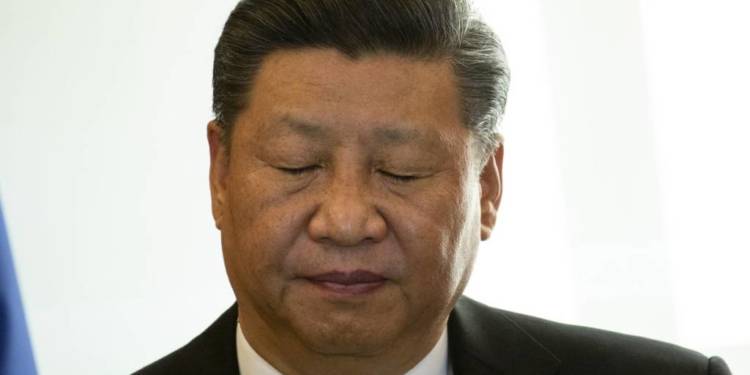 “Make no mistake: America is in the Indo-Pacific to stay. This is our priority theater.” This single statement by the former US Defense Secretary James Mattis during the Indo-Pacific session held as a part of the Shangri-La dialogue held at Singapore in 2018 changed the world forever.

We knew that the focus of the world is shifting from the Atlantic to the Indo-Pacific. And this was the precursor of a major change in the American military alliance. These were the first signs of the world moving away from the North Atlantic Treaty Organisation (NATO) to the Quad- an informal strategic axis in the Indo-Pacific consisting of Australia, India, Japan and the US.

The NATO became the world’s most powerful intergovernmental military alliance during the Post-World War II, Cold War era. This was the time when the leader of the free world was combating the Soviet bloc.

The Atlantic countries were strategically located between the two behemoths- the USSR and the US. The West likes to believe that it is the harbinger of democratic values which formed the ideological basis of NATO to counter the Soviet led forces.

But strategic importance of a location is essentially a function of priorities and circumstances. In the last century, the Atlantic or the West was strategically located because Washington’s priority was Russia.

Today, Washington’s priority is China, and therefore Europe is becoming geostrategically irrelevant. The region that directly divides the two competing powers- the US and China is the Indo-Pacific, and not the Atlantic.

This is why the US Secretary of State Mike Pompeo cited Chinese belligerence against India and Southeast Asia as the reason to move out NATO troops stationed in Germany. This directly reinforces the idea of NATO ceding space for a new military alliance that is shaping up in the Indo-Pacific.

There is no denying the fact that the Indo-Pacific is the new battleground. This is also the reason why India is planning to invite Australia in the MALABAR joint naval exercise. Till now the US, India and Japan were the three countries participating in this annual exercise.

But with Canberra also joining the other three navies, the Quad is getting completed. The four countries are going to participate together at a military level for the first time.

In fact, much of the ideological groundwork has already been laid down. The fight is between the “Beijing Consensus” and the “Washington Consensus”.

The battle-lines have also been drawn. The core issues are China’s salami-slicing tactics that denote Beijing-led revisionism in the South China Sea and the Himalayas.

The US protests militarisation of the South China Sea as Chiense vessels frequently hover in the territorial waters and Exclusive Economic Zones of other countries in the region such as Vietnam, Indonesia, Malaysia, Brunei and the Philippines.

Chinese artificial islands in the international waters are also a threat because they hinder freedom of navigation in waters that are global commons.

China doesn’t follow the international maritime law and blatantly violates the United Nations Convention on the Law of the Sea. On the other hand, there are Asia/Oceanic countries like Australia, India, Japan and Vietnam who support the rule of law in the South China Sea and all other parts of the Indo-Pacific.

Throughout the Cold War, Western Europe might have projected itself as the de facto democratic bloc. However, the fact remains that countries like Japan, India and South Korea in the Indo-Pacific claim democracy as passionately as the West.

More people prosper in the Indian democracy than the entire European Continent. The Indo-Pacific democracies thus have no reluctance in forming a democratic bloc to contain China in what is going to be the most important part of the world for the present and future generations.

The Indo-Pacific is already becoming the venue of a new arms race. The Asia-Pacific accounts 47 per cent of the global arms imports. Countries like India and Vietnam buy bulk of their arms from Russia. But the US is making its presence felt too with its M777 howitzers, Apaches and Chinooks.

South Korea, Japan and Australia have, of course, been long-time American allies and buy bulk of their arms from the US.

China is trying to create a clear division between the Quad and countries that find themselves dependent on China. In course of time, both China and the Quad will go out looking for allies.

Malaysia, Maldives, Indonesia and the Philippines, all such countries are going to become a part of the intense competition. The Quad itself could get expanded with like-minded countries such as New Zealand, South Korea and Vietnam joining the strategic group.

The biggest corollary of this new Cold War-like condition is the erosion of NATO’s importance and the emergence of the Quad. It is only a matter of time before Quad becomes a formal, collective security mechanism. And once that happens, the ongoing shift in geopolitics would become more or less official.