87 companies to pack up and leave: Japan begins the undoing of China’s economic might 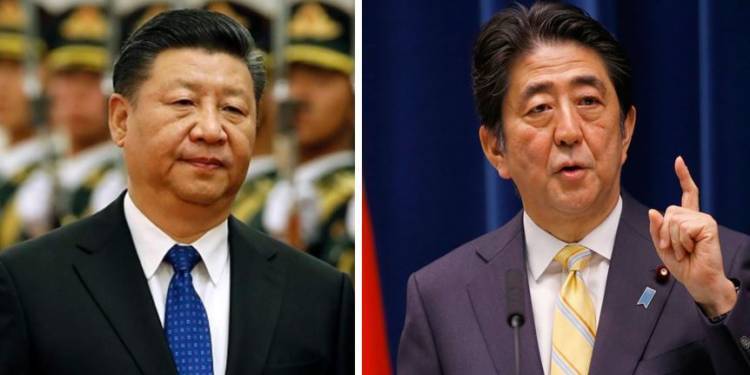 As per a report by Japanese newspaper Nikkei Asian Review, companies have lined up to seek funds from Japan’s Ministry of Trade, Economy and Industry in order to move their factories out of China.

So far, a total of 87 companies signed up with the Ministry to move manufacturing units out of China, with 57 moving back to Japan and 30 to different Southeast Asian nations like Vietnam, Thailand, and Laos.

As per the report, Hoya, which produces hard-drive parts, will move to Vietnam and Laos; Sumitomo Rubber Industries will make nitrile rubber gloves in Malaysia, meanwhile Shin-Etsu Chemical will shift production of rare-earth magnets to Vietnam.

The Shinzo Abe-led Japanese government would pay 70 billion yen (or $653 million) to these companies as an incentive for moving factories outside China. Previously the Abe government had approved a stimulus package worth a whopping amount of 108.2 trillion yen (or $993 billion) – equal to 20 percent of Japan’s economic output. This was to cushion the impact of the epidemic on the world’s third-largest economy. Out of the total amount, it has earmarked US $2.2 billion to help its manufacturers shift production out of China.

220 billion yen ($2 billion) is pledged for Japanese companies shifting production back to Japan and the remaining 23.5 billion yen for those seeking to move production to other countries. The disruption in supply chains amidst the growing scare of the Wuhan virus and the damages incurred when the Coronavirus epidemic was at its peak in China has led Japan to take this radical step.

However, relations between the two countries started moving southwards once again after anti-Japan riots in Chinese cities in 2012. The Japanese government has been trying to decouple China from its supply chain for the last 8 years with little success, but the Coronavirus pandemic gave it a golden opportunity to succeed.

In the last four months, the Japanese government has made every effort to sever ties with the Communist government of China and convince businesses to move the manufacturing units to Japan, or to any other friendly country.

In April this year, Chinese President Xi Jinping was supposed to go to Japan on an official visit, to hold talks on a range of issues including border disputes, trade, investment, and security of the region. However, before Xi Jinping could set foot in Tokyo, Coronavirus struck China and the visit was postponed.

Now, as things go back to normal in China and Japan, Xi Jinping is looking for a new schedule to take off for the official visit to the eastern neighbor. However, Shinzo Abe does not seem so keen to welcome the Chinese leader.

The reason behind anti-Japan riots in China were the Senkaku Islands – a disputed island chain which the Japanese government purchased from a private Japanese citizen in 2012. Recently, they were fully integrated with Japan to irk China and ensure that Jinping cancels the visit. Lawmakers from Japan’s ruling party also passed a resolution against the imposition of National Security law in Hong Kong and urged the Prime Minister to “reconsider” the visit by the Chinese President.

The Japanese government has openly spoken on the complicity of the Chinese government in the spread of the Coronavirus disease. Now, Japan-China relations are at a stage where state visit by the top leader is not possible. This also serves the agenda of the Japanese government to not be perceived as making any compromises with China and to force businesses to move factories out of China.

The Coronavirus disease is set to prove the final nail in the coffin of globalization, especially China-centric globalization. After the Coronavirus pandemic is over, the companies as well as workers would avoid any business with China, given the massive psychological resentment against the country due to the virus. At the same time, the governments would incentivize the companies to relocate because they want to fill up for the massive job losses due to the recession.

China’s rise in the last few decades was due to its manufacturing prowess, but with the rise in income (China has become middle-income country with per capita GDP five times to that of India), labour is getting costlier and the companies were already looking to relocate. The Coronavirus-induced recession would give them a final push to relocate to their own country or other countries with cheaper labor like India, Vietnam.