Biden is now paying for his Anti-India statements 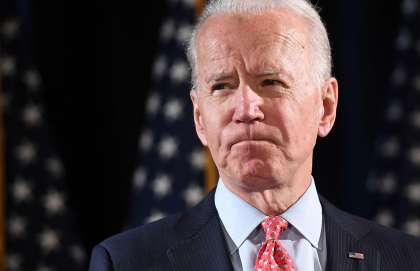 As the race for becoming the next US Presidential election heats up, both Trump and Biden are wooing the Indian diaspora because of their influence and more importantly, the money power, as the Indian-American community is known to loosen their purse strings during the campaign trail. Democratic nominee Joe Biden recently enraged the Indian-American community over his statements on Kashmir and the Citizenship Amendment Act. It seems that Biden received tremendous backlash especially in terms of the donation as a desperate Biden is going all-out to woo the Indian community as he has now stated that he will help India gain the permanent UNSC membership, but it seems that the Indian Americans have already made up their mind and are going to back Trump in the November elections.

Last month, Biden stirred a hornet’s nest as he acted like a person who knows little about Kashmir, CAA and the NRC. “These measures are inconsistent with the country’s long tradition of secularism and with sustaining a multi-ethnic and multi-religious democracy,” according to the policy paper — ‘Joe Biden’s agenda for Muslim American community’ which was posted on his campaign website.

The paper further stated, “In Kashmir, the Indian government should take all necessary steps to restore rights of all the people of Kashmir. Restrictions on dissent, such as preventing peaceful protests or shutting or slowing down the Internet, weakens democracy.”

It seems that this has greatly enraged the Indian-American community a Biden is going the extra mile to placate the community.

Now, former American Diplomat, Richard Verma has stated that “There’s no question that under his leadership, Biden would help shape international institutions like the UN to give India a permanent seat on the Security Council, he would fulfil India’s status as a major defence partner.”

Verma who was Washington’s envoy to India from 2014-17 added that “He would work together with India to keep our citizens collectively safe. That means standing up against cross-border terrorism and standing with India when its neighbours attempt to change the status quo.” This statement can clearly be read as a reference to the ongoing tense border stand-off between India and China at the LAC as China attempted to unilaterally change the status quo.

Earlier this month, on the back of widespread backlash, Biden attempted to placate the Indian American community as he claimed that he will lift the temporary suspension of H-1B visas implemented by Trump administration if he comes to power.

Biden, in digital town hall meeting on Asian American and Pacific Islander (AAPI) issue organized by NBC News, said, “He (Donald Trump) just ended H-1B visas the rest of this year. That will not be in my administration.”

Unlike in the United Kingdom, where the Indian American community make up for a sizeable electorate, the community make up just 1 per cent of the total American population – excluding students and migrant workers. However, they are very influential in the United States, given their economic and political influence. Indian Americans are considered “model minority” given the high educational achievements, economic influence, and being law-abiding citizens.

The Indian high net worth individual contribute billions of dollars every year to party donation of both major parties and therefore, candidates of both parties want the community on their side.

Donald Trump, with his outspoken support for India and PM Modi in the last few years, has turned the Indian-American community towards the Republican camp. Now Biden is trying to lure them through means like H-1B visa and permanent UNSC membership. Biden also said that India is the “natural partner” of the United States.

It is a given that the US election will be decided on the basis of who has the ability to punish the dragon for unleashing the Wuhan coronavirus pandemic on the world. Trump even before the pandemic had taken determined steps to punish China as he picked up a trade war with China. He has grown only more hawkish in the aftermath of the pandemic, and it’s clear that any efforts to punish China will be led by the Trump-led USA.

Indians want China to be punished especially after the violent clash at the Galwan Valley. Not only China, but Trump has acted against Pakistan too as from severely reducing American funding to isolating Pakistan, he has done it all.

Trump’s bonhomie with Prime Minister Modi has been visible over the years and was again displayed during the “Kem Cho Trump” event in Ahmedabad earlier this year.

Biden and his Democrats always attempt to walk a fine line in their quest to be politicly correct and can never take a decidedly anti-China or Pakistan stance.

This fact is not lost with the Indian American community and it seems that they will solidly back Trump for his re-election campaign.