Democrats can't get over Russia 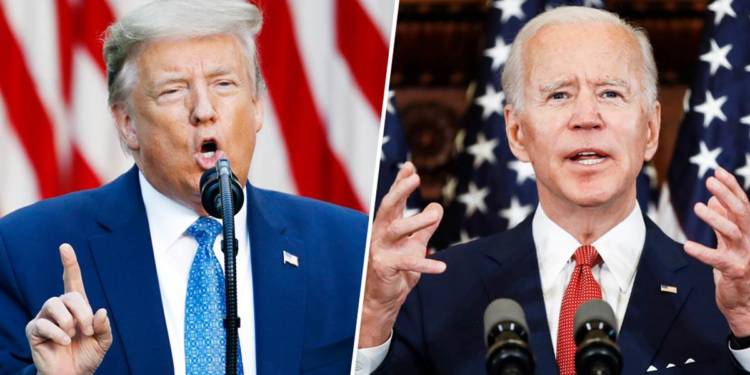 The United States remains the world’s most powerful country, but it fails to find political consensus on one broad issue- who is Washington’s arch enemy? The Democrats and Republicans are at loggerheads over this one key issue. The Republicans clearly don’t hate Russia, but they hate China as is visible from Trump’s foreign policy thrust. On the other hand, Democrats hate Russia, but they don’t hate China.

The stark divisions at the core of American foreign policy narrative have cropped up again. Joe Biden, the presumptive Democratic Presidential candidate has claimed, “We know from before, and I guarantee you I know now because now I get briefings again. The Russians are still engaged, trying to de-legitimize our electoral process. Fact.”

Biden has once again tried to bring up the unsubstantiated allegation of Russian interference in American elections. However, it is known that if there is anyone trying to interfere in the internal matters of other countries, it is China.

Moreover, Biden has mentioned China in one casual sentence. He added, “China and others are engaged as well in activities designed for us to lose confidence in the outcome.”

Biden mentioned China for the sake of it. But he continues to rile adverse sentiment only against Moscow. The Democrat warned that there would be “a real price to pay” for Russia if evidence pointed to renewed electoral interference.

Needless to mention, Biden did not reveal any details or evidence of what he saw in the briefing.

Everyone within and outside the US knows that China is the real hegemon which is challenging the US-led world order. Yet Democrats leave no stone unturned to somehow bring Russia at the centre of the American narrative and downplay the Chinese threat. Moscow remains the biggest threat to the US in Democrats’ perception.

The matter was picked up by the Democrats who demanded more information on the matter. But Trump administration has played down such reports.

Speaking about the reports of Russian bounty, Defense Secretary Mark Esper said, “All the defense intelligence agencies have been unable to corroborate that report.”

The US President Donald Trump himself said, “I think it’s a hoax by the newspapers and the Democrats.” The US President added, “I think, frankly, that many of the intelligence people didn’t think it was something that even happened.”

The sudden focus on Russia is reminiscent of what happened in 2016 also. At that time too, the Democrats had alleged Russian interference in the American elections. The blame of Hillary Clinton’s humiliating defeat was conveniently pinned on Russia.

Intelligence agencies had suggested Russian interference in the American election outcome in 2016. However, President Trump dismissed investigations into his election campaign’s possible links with Russia a “hoax”.

Trump himself has rectified the false priorities in the American foreign policy. As opposed to past regimes, Trump is not excessively obsessed with Russia. He has realised how Beijing has been taking advantage of the US for far too long and at the same time challenging American leadership.

Even after Democrats tried to bring Russia at the centre of the electoral narrative, the real focus remains on China. Trump has successfully made China a political issue, while Biden has gone soft on the paper dragon.

The Chinese economy is eight times larger than the Russian economy. China is bullying US allies around the world and is refusing to abide by the rules of international engagement that were established with American initiative in the first place.

However, Democrats simply refuse to see the threat that China has created. In his election campaign, Biden has been very timid about Beijing. He has tried to walk a fine line on China.

In fact, Foreign Policy quoted an informal advisor to the Biden campaign as saying that the Democratic Presidential candidate recognises the need to co-exist with China on key issues like global warming to containing Coronavirus and even convincing North Korea to dismantle its Nuclear programme.

Clearly, Biden’s benevolence towards China is at odds with Trump’s tariff war with Beijing.

As bizarre as it may sound, Democrats believe that Chinese belligerence is an opportunity to co-exist with China and bring down Russia by making the China even stronger.

For Trump however, the rise of Chinese belligerence is an opportunity to form a different kind of relationship with Russia. Trump wants to tell Putin that China is Washington’s biggest enemy and there is enough room for the US and Russia to negotiate for a better relationship.

The starkly different perceptions of the Democrats and Republicans about Russia and China have thus created the Big American confusion about its real enemies.