Merkel could be in for a shock 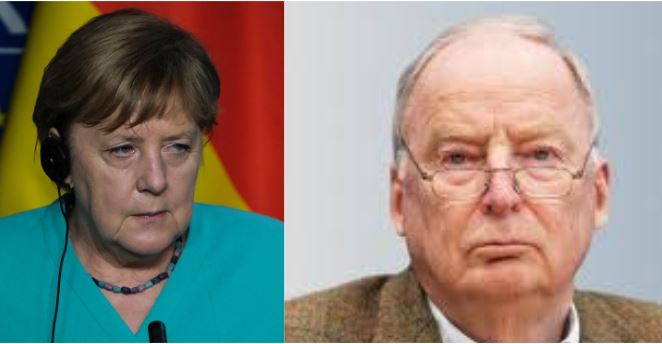 Led by the German Chancellor Angela Merkel, the European Union is failing every single EU member. Angela Merkel’s own ambitions to sideline an American world order led by the US President Donald Trump has led to Germany forging closer ties with Beijing. Even though individual EU members like Sweden, Estonia and France are being bullied by China, the EU hasn’t been able to take an anti-China line because of Merkel’s overpowering affinity for China.

As a corollary of the EU’s failure and other issues like radicalism and immigration, far-right parties are rising across Europe and Germany is no exception. Since 2013, German politics has been witnessing the rise of Alternative for Germany (AfD).

It is a break-away faction of Merkel’s Christlich-Demokratische Union (CDU). The Conservatives from the CDU broke away, after Merkel’s leftward drift. While their main concern is immigration and the role of Islam in Germany, the AfD leaders can also be described as Eurosceptics.

The CDU was itself a German Conservative party, but Merkel has taken a left-liberal stance on several key socio-cultural issues. In 2017, she criticised the Trump administration’s decision to ban US travel from seven Muslim-majority countries. She also claims that Islam belongs to Germany.

Moreover, the German Chancellor has been quite vocal about a pro-immigrant policy. In 2015, her ‘open door’ policy to migrants saw approximately a million refugees flood into the country. Even though the migrant inflow dropped in subsequent years, thousands of migrants kept getting registered in Germany every month.

Merkel’s pro-immigrant policy has contributed to the rise of the AfD. The 2015 Cologne attacks proved to be the turning point.

On the New Year’s eve of 2015, a thousand immigrants took to the streets of Cologne, Germany and attacked women, in groups or alone. The women were groped, robbed and sexually assaulted.

Initially, the Cologne Sex attacks were buried under the carpet by the mainstream media. The police too failed to act against the perpetrators. And this instigated public anger against authorities and the left-liberal, mainstream media.

Several groups took to streets in Eastern Germany to protest against Islamification and ultra-liberalism. This has directly benefitted the AfD. The AfD has its core voter base in Eastern Germany now, where it handed some serious shocks to Angela Merkel’s CDU in 2016 and 2019.

In 2016, Merkel’s party was defeated by the AfD in the German Chancellor’s home state. During the 2016 state elections, the AfD managed to enter all three state Parliaments- Baden-Württemberg, Rhineland-Palatinate and Saxony-Anhalt.

Angela Merkel’s reaction to the rise of the far-right has been to turn further left. But the strategy hasn’t really paid off. In 2019, the AfD again overtook the CDU- this time in Thuringia. AfD was able to increase its vote share to 23.4% from 10.6% five years ago whereas the CDU dropped to the third place.

AfD believes that Germany’s geographical position and history is such that it has never been a classical land of immigrants. It also slams the pro-immigration policy as mere political correctness and condemns the lack of distinction between genuine refugees and economic migrants.

Moreover, the far-right party also observes that the increasing role of Islam in Germany is not in line with its liberal Constitutionalism and Judeo-Christian foundations.

AfD’s political beliefs seem to have found an increasing political constituency in Germany. But what should concern the EU members is AfD’s opinion of the intergovernmental bloc.

AfD has been critical of Merkel’s Eurozone policy. AfD leader Gauland, for example, turned against CDU after Merkel reneged on her promise not to bail out Greece during the Euro debt crisis.

Otherwise also, the AfD has no love lost for the EU supra-nationalism. It advocates a loose network of EU countries which is not restrictive in terms of the national sovereignty of the European countries. The far-right party also wants an end to the Euro experiment.

As a whole, the rise of AfD can undermine the EU too. The CDU’s prospects seem bleak as Merkel’s successor Annegret Kramp-Karrenbauer resigned in February this year. Other CDU leaders have failed to make much of an impact. Merkel herself might stall her retirement plans and seek re-election but the AfD could spoil her bid.

An AfD-led Germany may or may not retain close ties with Beijing. But it will definitely shake the foundations of the EU, which will allow individual states to retain their sovereignty and take a prudent call on Beijing. The AfD could, therefore, spoil Merkel’s chances in Germany and rescue the European Union from becoming a Chinese crony.

As the Philippines gets closer to USA and India, China is trying to lure it with vaccine diplomacy