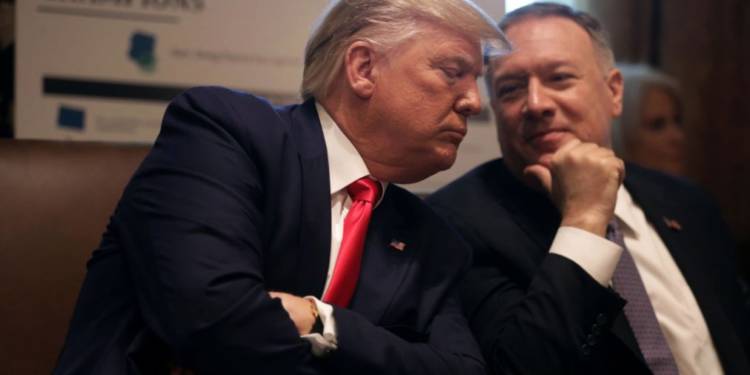 The United Kingdom has launched a ferocious onslaught against China. Over the last few days, London has spoken about every single Chinese misadventure. Security issues with Huawei, Chinese belligerence in the South China Sea, human rights abuses against Uighur Muslims and the brutal National Security Law in Hong Kong- everything is on the UK’s radar.

The latest British push-back interestingly has markings of Washington all over it. Earlier, the UK was not as forthcoming in its criticism of the Communist regime of China. It was somewhat reluctant to act on issues like banning Huawei and criticising Beijing over human rights violations. But things changed in the month of May when the Trump administration told the UK that it will have to choose between Beijing and Washington.

As per The Guardian, a popular British daily, during the US-UK trade talks, the Trump administration had told the UK that it would have to make a choice. The United States was particularly adamant about Huawei. The Chinese telecom giant had then been granted a contract to roll out the UK’s 5G network infrastructure.

Trump, of course, accuses Huawei of snooping on US military and supplying critical material to the Chinese military. The US has been pushing all its allies to banish the Chinese telecom major, Huawei.

We know for a fact that when asked to choose, the UK Prime Minister Boris Johnson chose the United States. Days after The Guardian report, things changed upside down and the Boris Johnson government started taking some tough decisions to punish China.

First, The Times reported that Johnson instructed civil servants of his country to prepare a comprehensive plan for ending the UK’s reliance on Chinese imports for important products. The UK went a step further by proposing a club of 10 democratic nations dubbed “D10” to avoid reliance on Huawei for 5G technology.

And the tipping of course came with stern action against Huawei. Earlier this month, the UK decided to phase out Huawei out of UK’s market within this year on the basis of a report from the National Cyber Security Centre.

Now, the US Secretary of State Mike Pompeo, who is visiting the UK, has heaped praises on the Johnson government for banning Huawei and suspending an extradition treaty with Hong Kong. Pompeo said, “We support those sovereign choices, we think ‘well done’.” Pompeo wants to seal the coalition that the UK and US have formed against China.

The US Secretary of State added, “We want every nation to work together to push back against the Chinese Communist Party’s efforts in every dimension that I have described.”

By putting more pressure on the UK and persuading Boris Johnson to take a clear anti-China line, Trump has opened a new front against Beijing. Just like Australia, the UK has started calling the shots on China.

For the UK, it was only natural to tilt towards Washington rather than Beijing. The Brexit has recently concluded and the UK is on the path of becoming a non-EU country. London’s choices are no longer dominated by a Euro-centric approach.

Therefore, while the European Union, led by the German Chancellor Angela Merkel, is not allowing the US to take global leadership by forming an anti-China coalition, the UK is accepting an alliance with the West. London has no reason to go by the EU’s divided and ineffective China policy. Rather the United Kingdom wants to take on China under American leadership.

The British onslaught against China is paving the path for the creation of a strong alliance between the UK and the US. This is bringing the two countries back to the era of Tony Blair and George W Bush.

Just like the former British Prime Minister Tony Blair had told American President George W Bush- “I will be with you, whatever” before the Iraq invasion, Johnson has hinted that he will stand as a strong pillar with Trump as the United States prepares for a long and complex Cold War against China.