‘Will not play second fiddle to China,’ Russia’s foreign minister skips BRI meeting in a clear snub to China

Russia is a member of Xi Jinping's BRI in name only 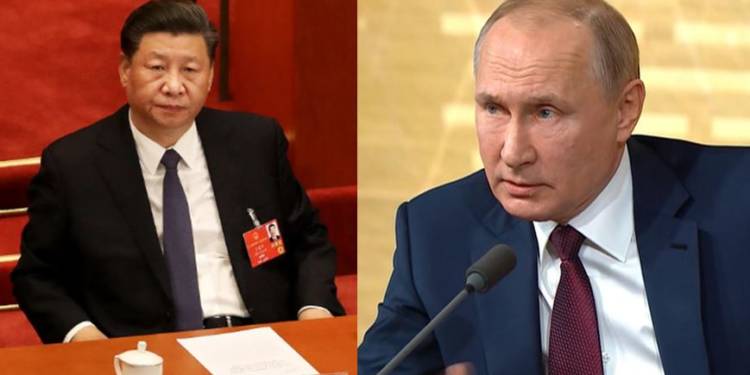 The fissures in the Sino-Russian “axis of convenience” have emerged yet again, and this time Moscow has gone to the level of giving a cold shoulder to Chinese President Xi Jinping’s flagship Belt and Road Initiative (BRI). Last month, Chinese Foreign Minister Wang Yi hosted a virtual conference on the BRI. Xi Jinping described it as “an opportunity to discuss a collective response to COVID-19, advance Belt and Road cooperation, and strengthen international solidarity.”

Ministerial-level officers from 25 countries were in attendance. But one prominent face was missing- the Russian Foreign Minister, Sergei Lavrov. Lavrov chose to deliver a written statement, and an Ambassador at large attended the event in his place.

Lavrov’s absence hints that Russia is done with the Belt and Road Initiative (BRI). And this doesn’t sound surprising at all. Beijing and Moscow have been claiming to share a strong relationship and unwavering commitment towards Beijing’s flagship infrastructure programme, but in reality, Russia has hardly been a keen BRI partner. In fact, Russia is part of the BRI in name only.

Igor Denisov, a senior research fellow at the Moscow State Institute of International Relations said, “Russia is not part of the BRI. It is only a supporter of Chinese global outreach as long as it is in Russia’s interests.”

As far as the BRI co-operation between Russia and China is concerned, it has been reduced to a showcase of ostensible camaraderie between the two countries. China likes to claim Moscow as the most integral partner of Beijing in the BRI. The Chinese State media and strategic circles continue to claim that BRI connectivity between Russia and China is the key to augment trading ties with Europe.

As for Vladimir Putin, he also uses the BRI for superficial purposes- flaunting the so-called close ties between Russia and China. The Russian President makes it a point not to miss the biennial Belt and Road Forum.

Where Russia wants co-operation in the BRI, China doesn’t reciprocate. Putin, for example, wants to align the BRI with the Eurasian Economic Union (EAEU), a Moscow-led economic union of countries located in Eastern Europe, Central Asia and Western Asia.

Eurasia has traditionally been an area of Russian influence. But Chinese investments are now increasing in the post-Soviet space with a spate of BRI projects. Putin wanted to reclaim the receding Russian influence in the region, and this is why China and Russia signed a landmark declaration in 2015 to integrate the EAEU and BRI. But not much progress has happened on this front either.

China hasn’t accepted even one of the 40 transportation project proposals made by the Eurasian Economic Union. Till 2019, China did not find a single EAEU project worth the “Belt and Road” label. Beijing wants to ensure that Russia keeps playing second fiddle, but Putin is not the one who would get overshadowed by Xi Jinping and this is creating some serious bottlenecks in Russia’s BRI participation.

It is not as if China has not invested in Russia. Beijing has invested in strategic Russian sectors and Moscow itself is open to Chinese investments primarily because the Russian economy has been ravaged by Western sanctions following the Crimean Peninsula annexation of 2014.

However, Chinese investments in Russia remain largely outside the Belt and Road Initiative fold. Even the bigger investments like the Yamal LNG project in Northern Russia has little to do with the BRI. Bobo Lo, a non-resident fellow at the Lowy Institute said in an interview, “Yamal LNG has precious little to do with BRI. It is simply a bilateral project between China and Russia.”

In fact, for all the hullabaloo around growing Sino-Russian ties, the Chinese FDI in Russia in 2017 stood around 140 million US dollars. This wasn’t very significant in Russia’s total FDI inflows of 25.3 billion US dollars. In fact, Chinese investments in Russia do not match those in the real BRI partner countries like Iran and Pakistan.

Russia is constantly snubbing China over the BRI- a flagship project very close to the Chinese President Xi Jinping. If Russia speaks enthusiastically about the BRI, it is only because Moscow doesn’t want to antagonise China at a time when the Russian economy is already in tatters.

Lavrov’s absence at the virtual conference and the complete lack of BRI projects in Russia are clear signs of Moscow’s reluctance to be clubbed together with a global pariah like China. The dissensions in Sino-Russian ties are for everyone to see.

Trump wants a solution to Serbia-Kosovo issue to keep China at bay, but EU may be sabotaging his efforts