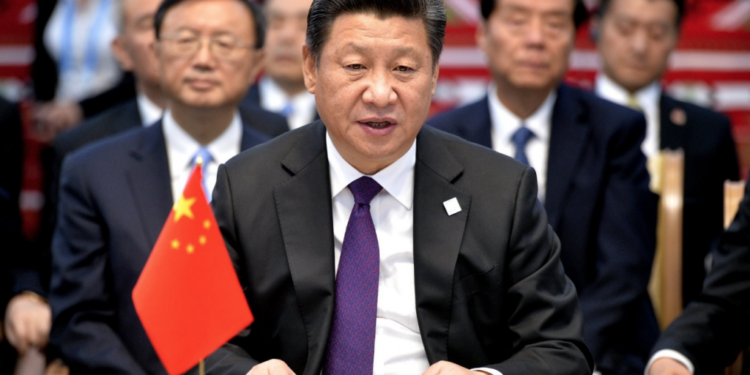 Since April, China has been bullying Southeast Asian countries like Vietnam, Brunei, Malaysia, the Philippines and Indonesia, by claiming sovereignty into their territorial waters and Exclusive Economic Zones (EEZs). The ASEAN is gradually getting disoriented with the giant bully. Led by Vietnam, ASEAN has been criticising Beijing over its actions that are clearly inconsistent with the UN Convention on the Law of the Sea.

On its part, China has realised that it has gone too far and ease now using eyewash to entice ASEAN nations. Chinese actions have persuaded the ASEAN countries to align their interests with New Delhi and Washington. An isolated China is now pleading for a revived friendship with the Southeast Asian countries. Over the recent past, Beijing has been making overtures with almost all major Southeast Asian countries in order to avoid getting declared an outcast in the region.

At the top of China’s agenda is, of course, Vietnam. Hanoi is the current ASEAN chair and has shown a lot of intent when it comes to taking a strong line on the South China Sea dispute between China on one side and the Southeast Asian countries on the other.

The Chinese Foreign Minister, Wang Yi has thus tried to calm tempers during a virtual meeting with his Vietnamese counterpart Pham Binh Minh.

Wang said, “Facing the Covid-19 pandemic, Vietnam and China have strengthened our friendship to support each other.” He added, “We have both successfully controlled the outbreak and we will continue to build up our economic and trade cooperation.”

China is trying to offset the tensions caused by its increasingly belligerent and aggressive behaviour against the ASEAN with the promise of economic and trade cooperation. In fact, Global Times, a Chinese Communist Party (CCP) mouthpiece and Foreign Ministry overhang, has been relentlessly trying to play up the myth of growing China-ASEAN cooperation.

It is well known that CCP’s armed wing, the Chinese People’s Liberation Army (PLA), has been bullying China’s neighbours in an expansionist campaign. Therefore, Chinese propaganda to placate Southeast Asian countries started with the PLA itself.

Global Times tweeted, “The PLA has held video conferences to share COVID19 epidemic prevention and control in early May with the militaries of multiple countries, including Thailand, Indonesia, Malaysia, SouthAfrica, and Ukraine.”

The #PLA has held video conferences to share #COVID19 epidemic prevention and control in early May with the militaries of multiple countries, including #Thailand, #Indonesia, #Malaysia, #SouthAfrica, and #Ukraine. pic.twitter.com/82svpYrBNz

It is no coincidence that ASEAN countries that are traditionally bullied by China in the South China Sea are getting all the attention in Beijing’s renewed push to seek closer ties with the intergovernmental bloc.

In May, the Global Times had also tweeted, “Chinese ambassador to Brunei and Brunei’s Minister of Defence II attended a COVID19 medical materials donation ceremony on Thursday. Brunei’s military is one of 12 militaries receiving medical goods from the PLA including medical masks, goggles and protective suits.”

Chinese ambassador to Brunei and Brunei's Minister of Defence II attended a #COVID19 medical materials donation ceremony on Thursday. Brunei's military is one of 12 militaries receiving medical goods from the PLA including medical masks, goggles and protective suits. pic.twitter.com/Hp8OdJpXH3

Not just the CCP, but Chinese investors considered close to the Communist regime are trying to push Chinese influence in the Southeast Asian countries.

Alibaba Cloud has, for example, announced plans to expand its business in Southeast Asia. The tech giant founded by Jack Ma, a CCP member who has promised to happily hand over all his businesses to the party if it so desires, has announced that it will inaugurate data centres in Indonesia and the Philippines.

#Alibaba Cloud announced plans to expand in Southeast Asia on Thur, including data centers in #Indonesia, and ecological projects in the #Philippines. Its market share in the Asia-Pacific rose from 26% to 28.2% in the past year, close to that of Amazon and Microsoft combined. pic.twitter.com/UZXqSv8GOn

China is claiming that the ASEAN has replaced the European Union (EU) as the Dragon’s largest trading partner. Therefore, Beijing is prioritising closer ties with ASEAN even if it comes at the cost of snubbing the EU, which has been parroting a pro-Beijing line.

Beijing has lost a lot of credibility over the past few months due to its Salami-slicing tactics in the South China Sea and the Himalayas. This has allowed Washington to find a greater role for itself in the Indo-Pacific, and now China wants to make amends for its belligerence.

Apart from the ASEAN, China is also trying to woo New Delhi. The Chinese Foreign Ministry has stated, “China believes India is an important force in world’s multilateralism, and is able to hold an independent diplomatic policy, safeguard regional peace and stability with concrete actions, and plays a constructive role in international affairs.”

China believes #India is an important force in world’s multilateralism, and is able to hold an independent diplomatic policy, safeguard regional peace and stability with concrete actions, and plays a constructive role in international affairs: Chinese FM https://t.co/lODKH6leXT pic.twitter.com/SwJnW5PsZN

Beijing fears getting isolated and therefore it is trying to leave no stone unturned in playing nice with the ASEAN as well as India. Getting banished from all sides, China is desperately trying to douse the fires that it itself ignited.