‘They are spies, not students,’ All this while USA was just talking. Now, it is hunting down China’s entire spy network 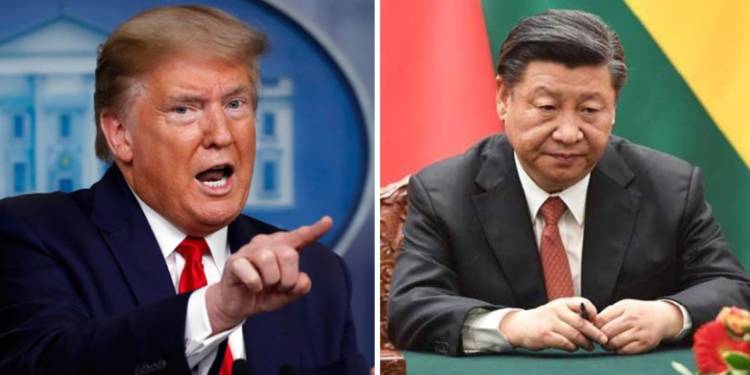 The United States is dismantling China’s spy network brutally and ruthlessly. The Trump administration has started cracking down on Chinese spies masquerading as students and researchers inside American academic circles and Universities. Initially, the US was only trying to keep Chinese students at bay but now it has started an all-out hunt for Chinese spies amidst allegations of intellectual property theft by China.

The Federal Bureau of Investigation’s message to Chinese spies is clear- ‘we will catch you even if you are hiding in the Chinese Consulates’. A siege has been laid on students and researchers having close ties to the CCP and the Chinese military.

According to Court filings against a bail plea made by a Chinese researcher-cum-spy, the FBI believes that Juan Tang, a Chinese student facing allegations of visa fraud, is currently holed up in the Chinese Consulate at San Francisco.

Tang had wrongly claimed in her visa application that she was not connected to the Chinese military. However, investigators later discovered her photos in Chinese military uniform. She had worked at China’s Air Force Military Medical University. Tang was earlier interrogated by FBI officers after which she ran-off to the San Francisco Consulate.

The US enforcement agencies, of course, cannot access an Embassy or Consulate of another country, unless invited by the Foreign Mission itself. However, President Donald Trump has said that it is “always possible” to shut more Chinese Consulates in the US after the State Department ordered the closure of the Chinese Consulate in Houston, Texas.

Given FBI Court filings and Trump’s remarks, it is very much possible that the Chinese Consulate in San Francisco could be the next one to shut down.

Meanwhile, the American prosecutors have opposed the bail application of Chen Song, another Chinese researcher who got arrested for visa fraud. Song worked at the Stanford University and conducted neurological research.

Apart from Song and Tang, the Court filings mention two more recently charged Chinese researchers who worked at the University of California and Duke University.

The issue of Chinese researchers crossing their limits in American research institutes and Universities is a long-standing one. The Federal Bureau of Investigation (FBI) has time and again alerted American University campuses about visiting research scholars stealing intellectual property and sending it back to China.

Even the Justice Department’s top national security official, Assistant Attorney General John Demers had recently said, “When we go to the universities, what we’re trying to do is highlight the risk to them without discouraging them from welcoming the researchers and students from a country like China.”

Beijing is suspected to have flooded American Universities like Harvard and Stanford with spies who have military experience, masquerading as students. One-third of the international students in the US are Chinese and China sends more students to the US than any other country.

The FBI Director Christopher Wray has himself raised alarm over this issue saying, “This one to me really stands out as the greatest long-term threat to our nation’s information and intellectual property, and to our economic vitality.

Wray has also disclosed that the Federal enforcement agency is opening one new China-related probe every 10 hours. Earlier, Senators Tom Cotton and Marsha Blackburn, and Congressman David Kustoff had proposed legislation to ban visas for Chinese STEM (that is science, technology, engineering or math) graduate students.

Later, Trump had banned the entry of a similar category of Chinese students into the United States.

The United States has however come to terms with the fact that it will have to cut through the heavily-resourced Chinese spy system if it wants to stop the rampant intellectual property theft and unjust riches made by China at the cost of the US.

The arrests that are being made consist of Chinese students from top American Universities like Stanford, University of California and Harvard.

It has happened in stages- first, Trump shut the doors on Chinese students, then the FBI started arresting spies and finally the State Department has started shutting down Consulates.