Jordan has gauged the situation correctly 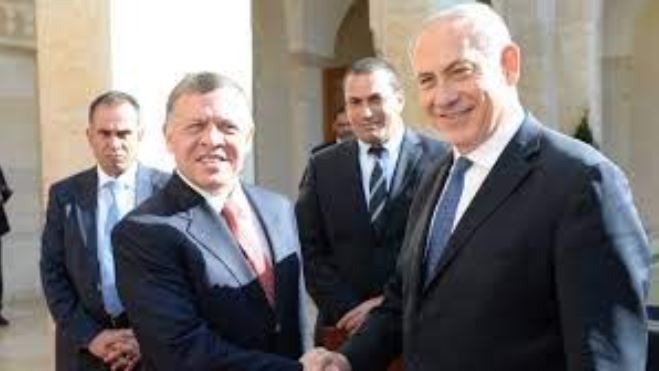 Dropping strong hints, the Jordanian Prime Minister also said, “But let’s work together on a one-state democratic solution. That, I think, we will look at very favourably. But closing one and wishful thinking about the other is just self-deception.”

A One-State or binational solution to the decades-old Israel-Palestine conflict envisages a merger of Israel, the Gaza Strip and the West Bank, effectively closing the door on an independent Palestinian State. While Israel fancies a One-State Solution, the left-liberal elite in the international community and the Arab world remain committed to a Two-State Solution.

However, with the Jordan Prime Minister’s remarks, it seems that things can change and Israel can build up the narrative in favour of a One-State Solution. It must be the first time that an Arab country is proposing a One-State Solution for the decades-old dispute.

Jordan is acting very responsibly here. By hinting greater acceptability for a One-State Solution, the country is pushing the Palestinians and Israelis towards long overdue peace and stability.

The only progressive solution for the Israel-Palestine conflict is a One-State Solution. More and more people on both sides- Israel and Palestine have started supporting the One-State Solution, especially among the youths who do not want to bear the scourge of war like their older generations.

It is only in the better interest of the Palestinian representatives to give up on the ambition of a separate, independent Palestine. Some Palestinians are recognising this.

In fact, when the US President Donald Trump recognised the disputed city of Jerusalem as Israel’s Capital, senior Palestinian politician Saeb Erekat gave up on his ambition of a Two-State Solution and said, “The two-state solution is over. Now is the time to transform the struggle for one state with equal rights for everyone living in historic Palestine.”

Jordan has gauged the situation correctly here. It is using its reputation as a different kind of an Arab country to push Israelis and Palestinians towards lasting peace. The Jordanian King Abdullah II is remarkably different from the rest of his Arabic counterparts. For starters, he is an Arab King of a country without oil- a rarity in West Asia, and more importantly, he is the most pro-American ruler in the Arab world.

Jordan is a key Western ally which is why it is one of the only two Arab countries to make peace with Israel- the other one being Egypt. In 2013, the Jordanian King was described by The Atlantic as, “The Modern King in the Arab Spring”. He is credited for liberalising the Jordanian economy, liberalising his kingdom and saving his country from getting captured by radical Islamists.

In fact, Abdullah II has championed the cause of non-Takfiri interpretation of Islam (not declaring other Muslims as apostates) through the Amman message.

As a sign of his liberalism on an official visit to India, Abdullah II had spoken on terrorism and radicalisation at an event in New Delhi. He had said, “The world is one family. No matter how different we may be, we have a shared responsibility. Mercy and tolerance are the values shared by all.” He had added, “Today’s global war against terror is not a fight between different religions or people. It is between all faiths and communities against extremism, hate and violence.”

The Jordanian king is a highly respected personality in the free world. He has set an example by transforming the Jordanian rule into an increasingly Constitutional monarchy. As such he is well suited to broker a lasting peace deal between Israel and Palestine.

With Jordan encouraging a One-State solution, and antisemitic countries like Iran and Qatar declining in influence, a practical solution between Israel and Palestine seems in sight. Israel and the Arab world have been boosting their business relations and countries like Saudi Arabia or the UAE are no longer as antagonistic towards Israel as they used to be.

From a principle-based standpoint also, it is known that a Palestine State never really existed. There are no historical or archaeological evidences to suggest otherwise. Jordanian intervention could convince Palestinian leaders into reducing their demands and taking up a more pragmatic approach of a single State with equal rights.