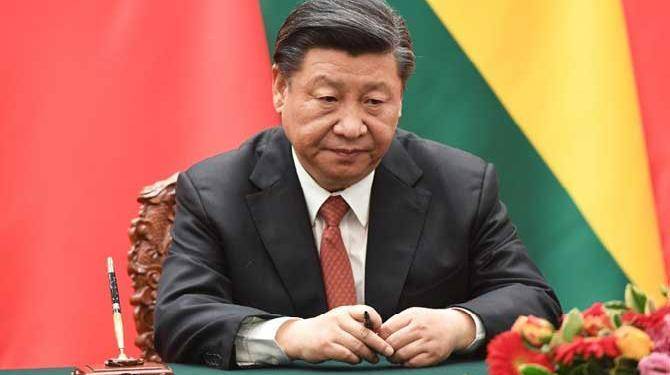 The Banking and Insurance Regulatory Commission, China’s apex authority for regulation of banking and insurance sector, has warned the government to prepare for a ‘big rise’ in bad loans as the financial system copes with Coronavirus and increasing sanctions against Chinese companies imposed by countries around the world.

Although Chinese authorities try to paint a rosy picture of the Chinese economy by fudging statistics, the financial system is cracking at the grassroots level, thanks to reckless lending by non-banking financial institutions in the last decade.

A statement summarising a working conference held by China’s banking regulator this week, said, China has to “prevent the cold ash of shadow banking from burning again” while avoiding “a resurgence of chaos in real estate financing.” The statement further added, it also has to “make full preparations to counter changes in the external environment over the long run.

Amid the unprecedented economic contraction and boycott of Chinese goods around the world, China is now witnessing an increasing number of bank runs. In the last few weeks, local banks in two Chinese provinces- Hebei and Shanxi, have been unable to pay back customers even as a large number of people gathered to withdraw their deposits.

The non-performing assets (or NPAs) of China’s local banks have grown exponentially in the last few years as the artificial real estate boom went bust and several companies defaulted on loans.

The distrust in the Chinese financial system grew after the Coronavirus pandemic, which led to the closing down of many businesses. The increasing momentum of boycott calls against Chinese goods in countries like India, Australia and the United States, has added fuel to the fire. The nations constitute some of the largest markets for Chinese companies. The aggression of the Chinese Communist Party in the Himalayas and the South China Sea has imposed heavy costs on Chinese companies which are dependent on exports.

Last year, the central government of China was forced to take control of local lenders in many provinces to sustain operations. The central government took over Baoshang Bank, a big lender in Province of Inner Mongolia after it failed to pay back depositors; and also bailed out Bank of Jinzhou and Hengfeng Bank.

Recently, a gold scam worth billions of dollars was reported in China. Kingold Jewelry Inc, China’s largest privately-owned gold processing and jewellery company headquartered in Wuhan, took a loan of more than 20 billion Yuan, that is, 2.8 billion dollars with pure gold as collateral. But, when the shadow banks claimed the gold after the company was unable to pay back, they found that what the company claimed as pure gold was actually copper.

Apart from local banks, shadow banks which are a 3 trillion dollars industry in China, have also started to collapse. A few weeks ago, Sichuan Trust, one of China’s largest shadow banks, apologized to investors for missing the deadline for payments on financial products.

The statement published on the company’s website reads, “Affected by the global economic downturn, the new coronavirus outbreak, and the suspension of the issuance of trust products, some companies are unable to return funds on time. As a result, payments have not been distributed on time. Sichuan Trust sincerely apologises to you.”

The Chinese companies have lost the market worth trillions of dollars due to Coronavirus pandemic induced lockdown and the rising anti-China sentiment in the last few months. This means that these businesses would be unable to pay back and therefore, prone to default, which will fuel distrust in banks leading to the panic withdrawal of deposits.

Therefore, the Chinese economy is set to suffer a big jolt in the next few days, shockwaves of which would be felt around the world. And as we have said before, China’s counterfeit culture and forced demand creation are to be blamed.