China shows first signs of a nervous break down in South China Sea, calls it a “common home” for ASEAN and China

ASEAN countries with the support of the USA and Australia have been retaliation against China. 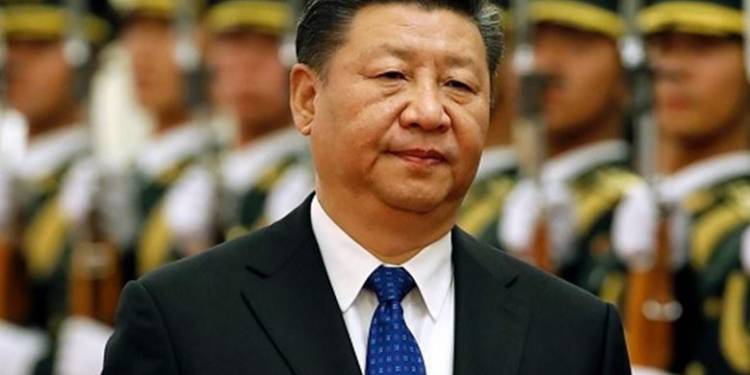 Under the rule of President Xi Jinping, China has always taken up a maximalist position and its blind expansionist policy is a threat to the world. Despite the verdict of an international tribunal against China’s claim on the South China Sea, the rogue state of China has gone ahead and continues to occupy and have its way in the South China Sea. Xi Jinping thought he would be able to just bully the other claimants in the South China Sea into accepting China’s “nine-dash line” claim, but to Jinping’s surprise, ASEAN countries with the support of the USA and Australia have retaliated against China’s claims.

During the 12th meeting of the China-Vietnam Steering Committee for Bilateral Cooperation, Chinese Foreign Minister Wang Yi stated that the South China Sea is the “common home” of China and the ASEAN countries. Yi further stated that the USA is stirring up tensions in the disputed seas in a bid to undermine regional solidarity.

Yi further urged the ASEAN countries to not allow interference of external forces (read: the USA) in the disputed seas and the countries must advance consultations on the Code of Conduct in the South China Sea.

This represents a monumental dilution of China’s stand on the South China Sea as 5the rogue state falsely claimed almost the entire sea. This change of stance comes after sustained international pressure.

Earlier in June, perhaps for the first time the ASEAN countries issued strong remarks which challenge China’s claims on the disputed South China Sea. In a strongly-worded statement issued by the ASEAN Chair, Vietnam on the behalf of the 10-country bloc said, “We reaffirmed that the 1982 UNCLOS is the basis for determining maritime entitlements, sovereign rights, jurisdiction and legitimate interests over maritime zones.”

The statement further reads, “UNCLOS sets out the legal framework within which all activities in the oceans and seas must be carried out”.

United Nations Convention on the Law of the Sea (UNCLOS) is a 1982 international agreement that defines the rights of the countries to the world’s oceans as the law clearly demarcates stretches of water. The treaty has been ratified by almost the entire world including China.

In 2013, the Philippines challenged China’s claim by initiating arbitration proceedings. Three years later, the Permanent Court of Arbitration concluded that China has no evidence which showed that it had historically exercised exclusive control over the waters or resources and hence there was “no legal basis for China to claim historic rights” over the nine-dash line but China has shown no regard for the international ruling.

India especially after the deadly stand-off at the LAC, has decided to shun its politically correct stance as Foreign Ministry spokesman Anurag Srivastava said that the South China Sea was “part of global commons and India has an abiding interest in peace and stability in the region.”

Srivastava further added, “We firmly stand for the freedom of navigation and overflight and unimpeded lawful commerce in these international waterways, in accordance with international law, notably UNCLOS. India also believes that any differences be resolved peacefully by respecting the legal and diplomatic processes and without resorting to threat or use of force.”

Due to the strategic importance (An estimated, $3 trillion worth of trade is dependent on the South China Sea as one-third of the world’s shipping passes through it) of the sea, the US and Australia are freely conducting freedom of navigation exercises in the South China Sea much tenth chagrin of China.

In April, US’ guided missile cruisers USS Bunker Hill and USS Barry conducted freedom of navigation exercises in Spratly and Paracel Islands respectively. Such exercises and muscle flexing has been continued by the US in the disputed seas.

Recently, US Secretary of State, Mike Pompeo took to Twitter to state that, “The United States’ policy is crystal clear: The South China Sea is not China’s maritime empire. If Beijing violates international law and free nations do nothing, history shows the Chinese Communist Party (CCP) will simply take more territory. China Sea disputes must be resolved through international law.”

Australia in its declaration to the United Nations stated that, “Australia rejects China’s claim to ‘historic rights’ or ‘maritime rights and interests’ as established in the ‘long course of historical practice’ in the South China Sea. There is no legal basis for China to draw straight baselines connecting the outermost points of maritime features or ‘island groups’ in the South China Sea.”

However, such lip service will have little value until China officially gives up its false claim on the entire South China Sea.