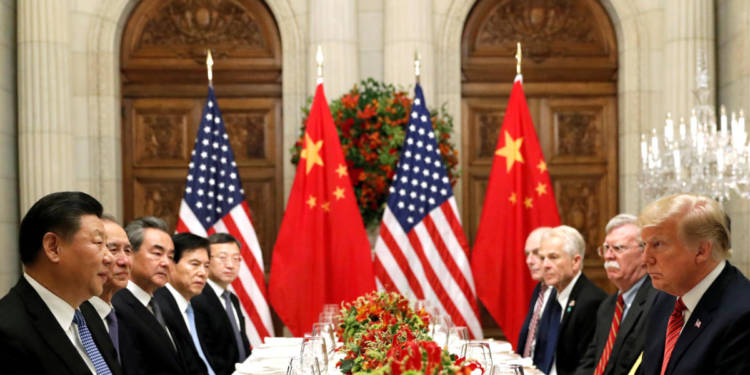 As the US-CCP relations go into free fall, toxicity rising on both sides and thus American officials have made an important alteration in how they address Beijing. For top American officials, including US Secretary of State Mike Pompeo, Xi Jinping is no longer the “President of China”, rather he is the “General Secretary of the Chinese Communist Party (CCP).” Also, in his press briefings, Pompeo blames the CCP, and not China.

To many, this might sound like an insignificant symbolism, but by carefully distinguishing between the CCP and China, the US is giving a loud and clear message. The Washington-led free world has no animosity against China or the people of China. The US is delegitimising an authoritarian regime that robs human beings of basic liberties and dignity apart from tormenting millions throughout the country.

On Thursday Pompeo declared, “General Secretary Xi Jinping is a true believer in a bankrupt totalitarian ideology”. This was the fifteenth time in the month of July that the US Secretary of State preferred using Xi Jinping’s party title to his designation as the Chinese President.

Even on the issues of Chinese belligerence and expansionism, Pompeo prefers blaming the CCP instead of China. During his London visit, for instance, Trump’s top diplomat Pompeo said, “We talked about how we’ve seen Hong Kong’s freedoms crushed. We’ve watched the CCP bully its neighbours, militarise features in the South China Sea, and instigate a deadly confrontation with India.”

Earlier, Trump used the word “Chinese virus” for referring to COVID-19, while Pompeo used “Wuhan virus”. This naturally implied China’s culpability as far as the Coronavirus Pandemic is concerned. But Pompeo has become more specific now.

In an official speech, he said, “But today – today we’re all still wearing masks and watching the pandemic’s body count rise because the CCP failed in its promises to the world. We’re reading every morning new headlines of repression in Hong Kong and in Xinjiang.”

Trump and Pompeo want the world to understand that there is no Sinophobia, but the US has no qualms about taking on the threats posed by an autocratic CCP.

Hong Kong-based SCMP quoted a US official speaking on the condition of anonymity as saying that the shift in terminology is an effort to speak “plainly about each issue, so that there’s no sugarcoating, there’s no self-delusional approach towards what the CCP is”.

Robin Cleveland, chair of the US-China Economic and Security Review Commission (USCC) also said, “There comes a point when the simple truth is he’s not president in the liberal democracy sense of [a] president who is elected and enjoys the political support of civil society and the population.”

She added “He is an authoritarian dictator that sits atop a self-serving party.” Cleveland concludes, “So words matter.”

Pompeo wants to tell the world that the US is not going to antagonise with the people of China. If anything, the Trump administration sympathises with the Chinese people who are virtually incarcerated by the CCP and its armed wing- the People’s Liberation Army (PLA).

At a press briefing, Pompeo said, “What the CCP does to the Chinese people is bad enough, but the free world shouldn’t tolerate Beijing’s abuses as well.”

The US is making it clear that it wants to reach out to the people of China who are the biggest victims of an autocratic CCP. This is why Pompeo remarked, “The biggest lie … they tell is that they speak for 1.4 billion people who are surveilled, oppressed and scared to speak out. Quite the contrary. The CCP fears the Chinese people’s honest opinions more than any foe and … losing their own grip on power.”

Even the former White House Chief Strategist Steve Bannon had recently claimed, “You’re seeing an integrated war plan put together to confront first and then take down the Chinese Communist Party, to call their bluff.” It is the CCP, and not China that Trump wants to confront.

The US is driving a wedge between the party and the populace. This is a Cold War-era strategy that Washington had extensively used in order to achieve the Soviet disintegration. The CCP itself is vulnerable to similar fault-lines with entities like Tibet, Hong Kong, Shanghai and Xinjiang actively moving closer to the free world. The CCP-occupied territories could break into as many as seven pieces.

Battle-lines are thus drawn. Trump and Pompeo are going to fight the CCP and its military wing- the PLA. China isn’t going to get defeated, rather it will be liberated of Communist totalitarianism.

China shows first signs of a nervous break down in South China Sea, calls it a “common home” for ASEAN and China