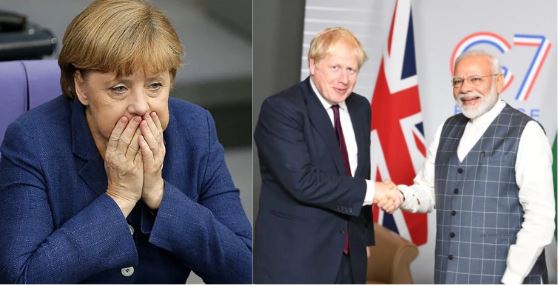 A step which is all set to vindicate TFI’s prediction, India and the United Kingdom recently worked out an ‘Enhanced Trade Partnership’ as a precursor to the larger Free Trade Agreement (FTA) between the two countries. The working out of ETP is being seen as building the foundation of an FTA.

The issue was discussed in the 14th Joint Economic and Trade Committee (JETCO) meeting between the two countries. The meeting was co-chaired by Commerce and Industry Minister Piyush Goyal and U.K. Secretary of State for International Trade Elizabeth Truss.

Positive #UKIndiaJETCO meeting with @PiyushGoyal and @HardeepSPuri. We agreed to deepen our trading relationship through an Enhanced Trade Partnership.

We’re keeping all options on the table, including a possible 🇬🇧 🇮🇳 FTA in the future. @ranil pic.twitter.com/rihSubVaBY

After the meeting, the two sides agreed to work towards removing additional barriers and to work together to ensure both countries maximize the potential of their digital economies including on data regulation and interoperability.

“Minister Goyal and SoS Truss affirmed their shared commitment to an FTA and towards that, early harvest deals in a staged manner,” an official statement said.

It is also worth mentioning that MoS Commerce & Industry, Mr. Hardeep Puri, and UK’s International Trade Minister Mr. Ranil Jayawardena will have monthly meetings to intensify the dialogue, leading up to the signing of the FTA.

Off late, India under Prime Minister Narendra Modi has been eyeing a major reset of its free trade agreements, including exiting those that have brought few tangible benefits to the country and have instead hurt the domestic industry.

By going with the UK, India has given a stern message to Brussels that it doesn’t fare really up in its priorities.

In layman terms, the signing of an FTA encompasses two trading partners who strategically eliminate or significantly reduce import duties on the maximum number of goods traded between them, thereby benefitting both parties to build a mutually profitable environment.

EU being dumped for its reckless behavior

The EU’s diabolical stance on India off late regarding its internal issues like abrogation of article 370 and CAA has not sat well with the government. The EU tried passing innate resolutions on the aforementioned issues to build pressure on New Delhi for a Free Trade deal, however that maneuver so far has only backfired.

The EU-India free trade deal has been lurking in the lurch for the last several years and given that the UK has exited EU, which was India’s single biggest trading partner in the region–New Delhi doesn’t seem much interested in signing a Trade deal with Brussels nor does it seem the deal any viable.

And the reasoning is sound too as India-UK trade was worth £24 billion last year, and India is now the second-largest investor in the British economy with 120 new projects and more than 5,000 new jobs created in 2019-20.

India, which was negotiating an FTA with the European Union till now, has made it clear that now it will go with London for an FTA instead of Brussels. Apart from the nasty resolutions, recently the EU struck an FTA with Vietnam, which is India’s rival in attracting manufacturing, and therefore, New Delhi was given another reason to dump the EU altogether.

Also given the EU’s sluggish economic growth and lethargic bureaucracy, the UK is looking for new avenues for trade and business ties in countries like India and Australia, which have the potential to grow exponentially in the coming decades.

EU and the UK itself are at loggerheads over signing a post-Brexit deal even when the deadline of 31 December 2020 is fast approaching. Therefore, Britain has also focused its attention on India to sign an FTA.

Having FTAs with markets that are unexplored or underexplored by British businesses, like India, Australia, New Zealand, Canada, and the United States, would provide new markets and investment destinations to British businesses. And Boris Johnson led Tories are looking to cash in on this opportunity.

After the Brexit and the rising anti-European Union sentiment across Europe, the translational body is slowly but steadily losing its sheen. The EU is trying to be the flag bearer of ‘liberal democracy’ and what they call ‘rule-based international system’; but it has failed in the last few years and the biggest proof of this is, obliviously, Brexit.

A new India that keeps its domestic interests at the forefront

“India is not in a weak leadership which had worked only on deadlines to execute FTAs. India will enter into an FTA or comprehensive partnerships on India’s terms,” Piyush Goyal had said last year, further giving a proof that India was evolving.

The FTA with the UK is sooner than later coming and definitely coming before the EU and Britain chalk out any middle ground. India has played this entire episode beautifully and it’s only a matter of time now before both countries put heir John Hancock’s down.