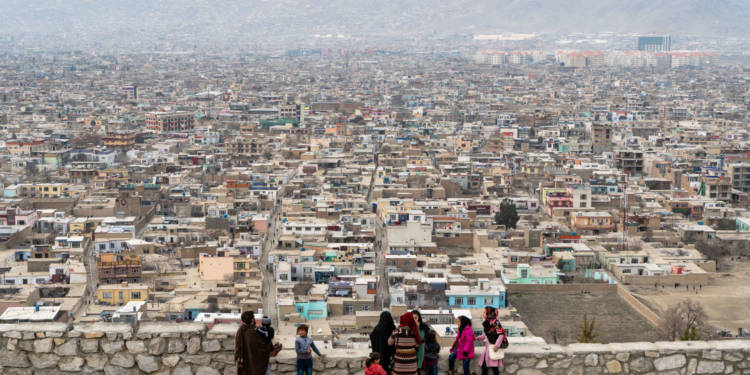 The first thing that comes to mind about Afghanistan is a landlocked country with a difficult terrain dominated by the Taliban militants. Unsurprisingly, Kabul remains perilously dependent on foreign aid for its survival. But contrary to what seems like a natural perception about Afghanistan, the country sits atop massive hordes of wealth in minerals like rare earth metals, gold and lithium.

Rich in precious minerals like copper, lithium, talc, marble, gold, uranium and others, conservative estimates suggest that Afghanistan’s mineral wealth exceed over 3 trillion US dollars. But Afghanistan is not able to extract it. Every year the country loses 300 million US dollars in loss of revenue from mining.

Afghanistan might be even more wealthy than the conservative estimates. In 2007, a US Geological Service survey appeared to have discovered nearly 1 trillion US dollars in mineral deposits in Afghanistan. This, by far, exceeds the previously known value of mineral reserves in the war-scarred country. These mineral reserves can materially alter the Afghan economy.

These previously unknown mineral deposits are said to have consisted of vast reserves of iron, copper, cobalt, gold and critical industrial metals like lithium. These metals are essentially to the modern industry and can power a number of sectors such as e-vehicles, defence manufacturing, telecom, etc.

An internal Pentagon memo even stated that Afghanistan could become the “Saudi Arabia of Lithium”. Lithium, which is considered as ‘White Petroleum’, is a crucial metal that is used in manufacture of Lithium-ion Batteries (LiBs) which form the core of next-gen electrical vehicles. Lithium is also crucial in technological equipment like mobile phones and laptops.

An even more encouraging study was conducted in the year 2017 by the Afghan Ministry of Mines and Petroleum. It pegged Afghanistan’s mineral wealth at 3 trillion US dollars. This is equivalent of some of the biggest world economies like India. The Afghan wealth can even compensate for the US-Taliban war in Afghanistan that started in 2001.

The landlocked country has minerals of almost every kind. It has rare earth metals that are crucial for next-gen hypersonic weapons, lithium-ion batteries, electrical appliances and satellites. Afghanistan also possesses untapped wealth in copper, gold, uranium and even fossil fuels.

Kabul doesn’t know how rich it is, or even if it knows, it cannot use all this wealth because Taliban still controls large chunks of its territory. In absence of a strong civilian and democratic regime, the country has been unable to formulate a proper legal regime apart from mining augmenting capabilities, which is so essential for exploring the hordes of mineral wealth across Afghanistan.

Despite the enormous potential, mining contributes only seven to ten percent to the Afghan GDP. Afghanistan needs an all-round effort in order to fully realise the potential of its mineral riches. It has to weed out corrupt elements, create a robust transportation and infrastructure base apart from creating a friendly tax regime so that potential investors do not get driven away.

Afghanistan is a gold mine that can change the fortunes of Afghanistan and even the entire world. It will create an entirely new avenue for metals that are crucial for the present generation as well as future generations.

Kabul need not be seen as a liability. Presently, Afghanistan represents a 19-year old, 2 trillion dollars war for the US that did not really yield any returns. But things can change quickly if the democratic world embraces it and helps Afghanistan reconstruct itself.

Afghanistan has every mineral that the modern world needs. It will not remain unexplored and untapped forever, and ultimately someone will put all the Afghan wealth to use. There can be two ways in which Kabul’s immense wealth sees the light of the day- one where Afghanistan establishes a democratic regime and taps its minerals potential in a rules-based manner.

Alternatively, if Kabul fails to establish a peaceful, democratic regime free of conflicts, then it will witness another phase of oppression in which it will stand enslaved by blood-stained corporates, ready to exploit Afghanistan’s riches. Remember, China has already laid its eyes on Afghanistan and would want the tentacles of Xi Jinping’s Belt and Road Initiative (BRI) to spread into Afghanistan.

The democratic world, especially countries like the US and India who have a lot of interest in Afghanistan, must come together to ensure that Kabul follows the democratic route instead of being taken for a ride by exploitative corporates all over again. The key to a prosperous Afghanistan and by extension a prosperous world lies underneath the ground in Afghanistan. Accessible wealth to the tune of 3 trillion dollars must be used for heralding an era of a self-reliant Kabul. It’s future, whether bad or good, will be decided by its riches underneath.

‘Help us stop the US,’ China panics as the US-Russia cold war comes to an end