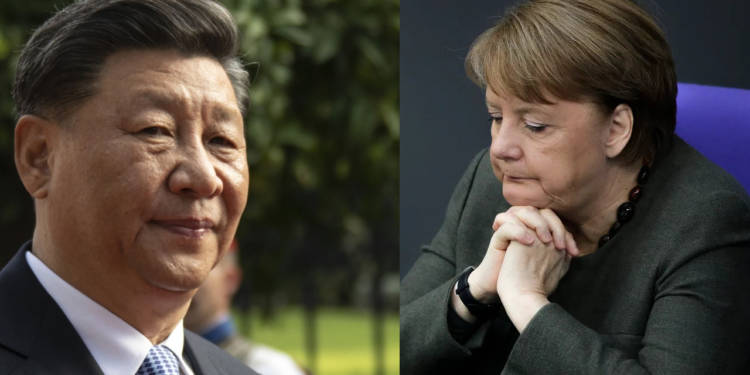 The economy of the Eurozone, a monetary union of 19 of 27 member states of the European Union, has gone into a historic recession with a drop of 12.1 per cent between the first and second quarters. Given the fact that this is a second successive contraction in the economy of Eurozone, with the economy shrinking by 3.6 per cent in the first quarter, the slump fits the definition of a full-blown recession with two successive quarters of negative growth.

Eurozone is the area within Europe that follows the Eurosystem, wherein the Euro is used as the sole legal tender. 19 out of 27 European Union member states comprise the Eurozone.

The Spanish economy shrank by 18.5 per cent in this quarter while the total contraction in the first six months of this year is 22 per cent. “It’s the kind of drop one would see in a war,” said José Ignacio Conde Ruiz, a professor of economics at Madrid’s Complutense University. “The only sector that grew was agriculture.” 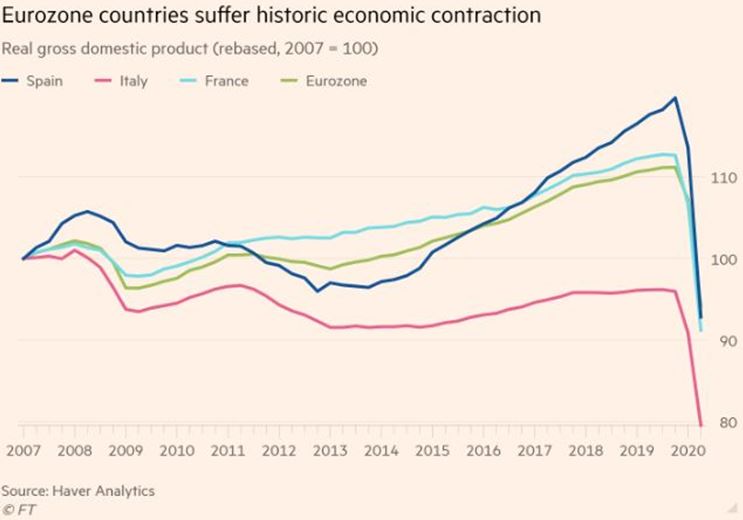 On the other hand, the French economy, the second-largest one in Eurozone as well as the European Union, shrank by 13.8 per cent in this quarter and 19 per cent in the first six months of this year.

The Italian economy, which was suffering from recession even before Coronavirus pandemic hit Europe, shrank by 12.4 per cent in the June quarter. In just over a decade, the Italian economy has suffered a fourth recession, which means its economy has recorded two consecutive quarters of negative growth for the fourth time in just 10-12 years. Most of the European economies are already below the 2007-08 level when the West was hit by the Great Recession due to the global financial crisis.

The German economy has performed better compared to other countries, recording 12 per cent contraction in the first six months of this calendar year. However, this is not a reason to celebrate for Germany as the countries which are worst hit by the pandemic are threatening to leave the European Union if Germany does not support them financially. Support to other European countries has become a big issue for the Angela Merkel led German government as many conservative members of the Merkel ministry do not agree with the 500 billion Euro fund to support devastated countries like Spain, Italy and Greece.

“The eurozone is not only experiencing a huge shock but also an asymmetric one, with the most vulnerable countries . . . badly hit,” said Nicola Nobile, at the consultancy Oxford Economics, noting that the bloc’s per capita GDP was back at levels not seen since the early 2000s. What this means is, Eurozone has lost 20 years in terms of growth in the income of citizens, and this is one of the reasons behind rising political instability in European countries.

The European Central Bank has printed 1.35 trillion Euros- more than 11 per cent of the zone’s GDP- to support the economy and keep borrowing costs low. However, this has also led to an increase in inflation at a time when companies like Lufthansa, Daimler and Airbus are laying off thousands of employees to cut costs. For the unemployed, inflation is like an additional tax imposed on them despite no source of income.

Eurozone, as well as the European Union, is in a complete economic and political mess and it needs a new messiah to save it from descending into oblivion.

‘We won’t let you leave,’ China is turning Hong Kong into a jail with 3 million prisoners

Back in the game: Emboldened by Chinese backing, Iran steps up aggression against US