Forget Saudi Arabia, move over Iran and ignore Turkey – The UAE is the king of the Muslim World 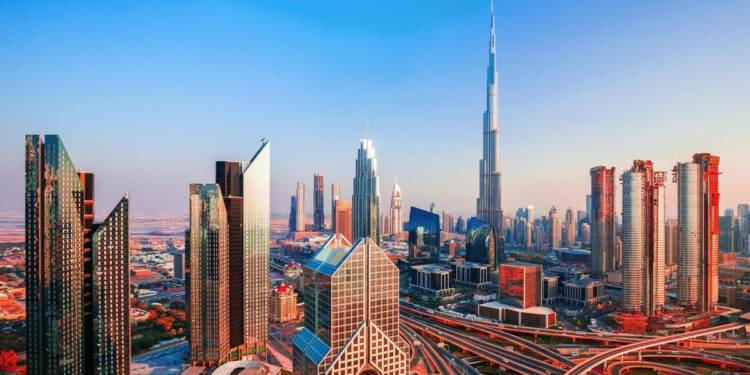 The Muslim world is witnessing a fierce competition for leadership, with four main contenders in the fray- Saudi Arabia, Iran, Turkey and the United Arab Emirates (UAE). While all four contenders have their own versions and perceptions of an Islamic Republic, the UAE seems to be leading the race to become the undisputed king of the Muslim world.

On all counts, economic, social and political, the UAE seems to enjoy an upper hand over its three rivals. The most important factor behind the UAE’s growing influence in the Gulf is its insistence on diversifying the economy, while its competitors remain dependent on oil and other hydrocarbons exports.

As such, the UAE is the only Muslim country whose economy seems to be in a good shape. The UAE has been making far-sighted attempts to diversify its economy, as it understands the perils of single-sector dependence. The UAE is the only Middle East economy investing in the satellite sector, renewables, hotel industry, tourism, infrastructure and smart cities.

According to its Embassy in the United States, “The UAE launched a diversification and liberalization program to reduce reliance on oil and transform its economy from a conventional, labor-intensive economy to one based on knowledge, technology and skilled labor. The federal and individual Emirate governments have invested heavily in sectors such as aluminum production, tourism, aviation, re-export commerce and telecommunications.”

In fact, the UAE has been investing the money from oil exports in such a way that even if oil demand dies down in distant future, the UAE won’t be left in the lurch, as it will be able to sustain with flourishing real estate, tourism, technology and renewable energy sectors.

The UAE already has the tallest building in the world and the Palm Islands. The UAE also became home to one of the first smart cities in the world- Masdar, which was developed as a sustainable community of 50,000 people. Moreover, the UAE is also a pioneer in the Gulf’s space sector and has the most aspiring Space agency in the entire region.

Moreover, the UAE has two of the most successful airlines in the world- Etihad based in Abu Dhabi and Emirates based in Dubai.

Apart from tourism, hospitality, construction and real estate, the UAE has also bet heavily on its Sovereign Wealth Funds which are maintained by the government to channelize its investments. According to latest estimates, the UAE Sovereign Fund has an accumulated wealth of 1.3 trillion US dollars out of which over 900 billion US dollars are accumulated in Abu Dhabi’s two main funds.

The Sovereign Wealth Fund investments of the UAE are spread across the entire world in every possible sector that you can think of. This gives the UAE extensive diplomatic heft in other countries.

Meanwhile, other economies are passing through a period of extreme crisis. The other rich country in the Gulf- Saudi Arabia did not diversify its economy unlike the UAE and the Petroleum sector still accounts for 42 per cent of its GDP.

Iran has, of course, been going through much deeper trouble with painful American and Western sanctions ravaging its economy. Turkey’s economy, on the other hand, was one of the more developed ones when Ankara was still a liberal and secular regime. However, with the advent of a wannabe Khalifa in Recep Tayyip Erdoğan, Turkey seems to be heading towards a major economic slowdown.

Moreover, Ankara has further antagonised the Western and Christian world with its move to reconvert the ancient Cathedral- Hagia Sophia into a Mosque. Turkey has also fallen out of favour with its past European allies, as Erdoğan keeps bullying them with the threat of forcing Arab refugees into the European Continent.

Turkey is picking far too many battles, and has also been expanding its maritime claims in the Mediterranean by sending its ships into the Greek Exclusive Economic Zone (EEZ). As such, Europe and the West had made Turkey rich, but Erdoğan’s Islamist push might lead to Ankara getting booted out of the NATO.

But economic prosperity is not the only element of the UAE’s national power. The UAE President Khalifa bin Zayed Al Nahyan and the Emir of Abu Dhabi has also strengthened his country’s military element. The UAE Army is small with 60,000 soldiers but over the past two decades, it has gradually emerged as a thin but mobile, well-equipped, trained and effective military force.

The UAE has been investing more than 20 billion US dollars in military equipment every year and buying some of the most modern American weapons.

The UAE itself understands that it has a lot of influence to exercise in the Gulf. The UAE has participated in several regime change wars and military interventions including in Somalia and Afghanistan. In 2011, the UAE Air Force supported the intervention against Libyan dictator Muammar Gaddafi alongside NATO, Qatar, Sweden and Jordan, and now it is also engaged in air missions against the Islamic State.

Earlier, the UAE was getting into combat alongside the US, but now it has realised that with the US withdrawing, someone will have to take charge of the situation. Therefore, it intervened on its own in Libya and Yemen.

In Libya, Turkey is supporting the UN-backed Government of National Accord (GNA) while the UAE, France and Egypt are backing the Haftar-led Libyan National Army (LNA) forces. Recently, a Libyan TV channel aired a video showing UAE’s alleged involvement in the war-torn country.

At a political level, the UAE is much less prone to conflicts because the seven Emirates constituting the country enjoy a lot of autonomy reducing the chances of confrontations. The UAE doesn’t want democracy because it understands that in the Gulf, democracy can easily translate into rule by fundamentalist organisations like it happened with Libya and Egypt. On the other hand, the Saudi royal family faces the chances of internal disputes and rebellions.

Iran and Turkey stand on even weaker footing in political terms. While Tehran finds it hard to soothe its sanctions-hit citizens, the Turkish society is facing the menace of a President who wears political Islam on his sleeves.

The UAE has adapted itself to a changing world, while other Arab countries remain anachronistic. The world is therefore essentially looking at a new king of the Muslim world taking up the leadership role.

‘Go to UNSC’, Xi Jinping is rattled as Baloch and Sindhi freedom groups gang up on China and Pakistan