This could be a turning point in EU-China relationship 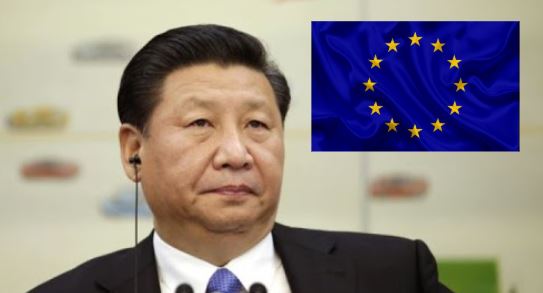 Beijing has a very simple logic when it comes to its relations with the rest of the world- it bullies its enemies, but bullies its friends even harder. A case in point being the European Union (EU)- one of the few powers that went soft on China during the Covid-19 Pandemic.

As per latest reports, the EU has imposed first-ever sanctions on two Chinese nationals and one Chinese company. The latest sanctions were imposed after a massive cyber-attack that targeted European companies. The two Chinese citizens have been identified as Tianjin-based Gao Qiang and Shilong Zhang, while the company financing them is Tianjin Huaying Haitai Science and Technology Development.

The sanctions have imposed an asset freeze and travel ban. Moreover, all EU firms and individuals stand barred from dealing with the Tianjin-based company and the two individual hackers that it was financing.

A total of six individuals and three entities across China, North Korea and Russia have been sanctioned by the EU. The EU has stated that the sanctions “are one of the options available in the EU’s cyber diplomacy toolbox to prevent, deter and respond to the malicious cyber activities directed against the EU or its member states, and today is the first time the EU used this tool.”

As per the European Union, the two sanctioned Chinese hackers- Gao Qiang and Zhang Shilong were the members of APT10, a group involved in ‘Operation Cloud Hopper’- a major cyber attack spanning six continents and targeting several companies based out of the European Union. With such cyber attacks, the hackers try to hunt for commercially sensitive data that has the capability of causing a significant economic loss to the EU.

These cyber-attacks would damage the EU-China relations extensively. The fact remains that the Chinese government could be deeply involved in the recent cyber-attacks on EU companies, both within and outside the European Continent. It is important to note here that Zhang, one of the sanctioned Chinese nationals, was accused by the US of cyber espionage in collaboration with China’s Ministry of State Security in 2018.

Meanwhile, China has sought to condemn the EU sanctions, instead of coming out clean over the cyber attacks. The Chinese delegation in Brussels issued a statement which read, “It is our consistent position that the global communities should jointly maintain cyber security through dialogue and cooperation based on mutual respect, equality and mutual benefits, and we oppose imposing unilateral sanctions.”

The EU is a divided lot, especially with German Chancellor Angela Merkel’s insistence on maintaining close trade ties with China. She is the de facto leader of the European Union and with Germany’s overwhelming influence on Brussels, the EU has been time and again caught red-handed either warming up to Beijing or dialling down Beijing’s criticism.

However, within the EU, patience has been wearing thin over China’s hawkish foreign policy that tends to bully the EU itself.

Recently, the High Representative of the European Union or EU- FM Josep Borrell wrote a blog that read, “China is increasingly asserting itself on the international scene. This was already the trend before the current crisis, but the coronavirus pandemic has accentuated this. It has become more assertive – some even say aggressive – in its neighbourhood, especially in the South China Sea or on the border with India.”

He further added, “Given everything that’s happening in the world and the rise in authoritarian powers, it is important to have strong cooperation with like-minded democracies…..we should be working closely with Japan, India, South Korea, Australia, New Zealand, Canada and others.”

Even on the issue of cyber attacks, the EU’s patience had started wearing thin in June itself. The European Commission President- Ursula von der Leyen had then called out China for such cyber attacks after a videoconference with Xi Jinping. She had said, “We’ve seen attacks … on computer systems, on hospitals, and we know the origin of the cyber attacks.”

Leyen had also claimed, “We put together the facts and the figures necessary to know.” She had added, “We pointed out clearly that this cannot be tolerated.” The top EU official had indirectly warned Beijing against the cyber attacks, but China couldn’t resist its temptation to bully the Brussels-based inter-governmental organisation.

Angela Merkel’s ambitions to challenge Trump’s leadership of the democratic world were holding back the EU from taking stern action against China, even though member-countries like France, Sweden, Estonia and the Czech Republic were getting engaged in diplomatic spats with the paper dragon. However, China’s relentless cyber attacks seem to have caused deep cracks in the EU-China relationship. The tough sanctions on Chinese hackers could, therefore, be a turning point in the European Continent.

‘They can damage our electricity grid in 2 minutes,’ China has the power to force a blackout in Australia