No more comrades? Russia is pretty angry at China and has issued a subtle warning to Beijing 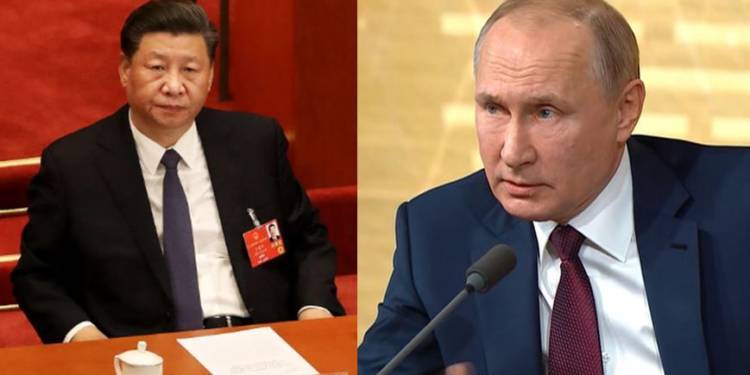 With China constantly eating into Russia’s sphere of influence, Moscow is not holding back its anger. Russia’s official military paper Krasnaya Zvezda (Red Star) has issued a stern warning that Moscow will perceive any ballistic missile launched at its territory as a nuclear attack, warranting a nuclear retaliation.

The popular perception within media circles is of course that the harsh warning is aimed at the United States of America. But recent geopolitical developments, including Beijing’s attempts to undermine Russian influence in the Arctic and Central Asia, attempts to copy Russian defence designs and China’s claims in the Russian Far East strongly suggest that the warning is actually aimed at China.

Russia knows that the Trump administration has locked horns with China. As such, the US hasn’t made any aggressive diplomatic or military moves against Russia. There is no reason why Russia will itself make such strong statements about the US, even if we keep the entire history of a cold war between the erstwhile Soviet Union and the US in mind.

On the other hand, it is China that has backstabbed Russia in a rather brutal and unabashed manner. Russian President Vladimir Putin shares a strategic “axis of convenience” with China that aims to reduce competition in areas of conflict and encourage cooperation in areas of mutual interest. But what has China done?

China has staked claim on Tajikistan’s Pamir region, which forms almost 45 per cent of the Central Asian country’s territory. Tajikistan is a former Soviet territory, and the Kremlin believes that it is Russia’s “exclusive sphere of influence”. The Chinese bid to claim Tajik territory has invited a sharp reaction from Dushanbe.

As for Russia, the media outlets have also criticised China, and they seem to suggest that Beijing could be testing the waters for potential future border disputes. If China interferes in Central Asia, then Putin is bound to see Beijing as a strategic threat because he considers Central Asian countries, a part of his strategic backyard.

Not just Central Asia, but Russia is also perturbed by Chinese spying activities. In June, TASS, Russia’s largest news agency reorted that Valery Mitko, President of the St. Petersburg Arctic Social Sciences Academy, was charged with treason. Mikto was accused of spying for China. TASS quoted his lawyer as saying, “According to the investigation, during his trip to China, Mitko handed over classified materials to the Chinese intelligence. After his return to Russia, a search took place in his apartment; he was charged with [treason].”

The Arctic is one of the many contentious issues in Sino-Russian relationship. Russia strongly asserts the primacy of eight Arctic countries in the region and detests the thought of non-Arctic States playing a substantial role in the Arctic. But China challenges the Russian perception and calls itself a ‘Near-Arctic State’.

The polar ice is melting and with rising temperatures, the Arctic will become an alternative to the Indo-Pacfic in a distant future. Beijing is laying the groundwork for a ‘Polar Silk Road’ through the Arctic much to Moscow’s anguish.

A sanctions-ridden Russia is usually eager to expedite the sale of its defence equipment but last month, Russia made an exception. Moscow suspended the delivery of S-400 missiles to China. The suspension of missiles delivery was a subtle message that Moscow won’t tolerate Chinese theft of Russian defence designs.

Within Russia, there is a lot of anger regarding Intellectual Property (IP) theft by the Dragon. Last year, Russia’s state-owned defence conglomerate, Rostec had even accused China of stealing its intellectual property.

Yevgeny Livadny, Rostec’s IP projects had said, “Unauthorized copying of our equipment abroad is a huge problem. There have been 500 such cases over the past 17 years. China alone has copied aircraft engines, Sukhoi planes, deck jets, air defense systems, portable air defense missiles, and analogues of the Pantsir medium-range surface-to-air systems.”

And then there are other contentious issues between Russia and China, including the recent Chinese claim on Russian Far East city of Vladivostok. Moscow’s time-tested friend, India too has been encouraging Russia to pursue its own interests in the Indo-Pacific and has even pushed the Chennai-Vladivostok sea route that can help Russia secure its Russian Far East from China.

In October, Russian President Vladimir Putin is expected to visit India for the Annual Bilateral Summit between Russia and India. “Regional and international issues of interest” will come up for discussion which may include the military standoff between India and China in Eastern Ladakh, and other issues concerning Russia, China and India.

China has emerged as a real giant which is constantly and relentlessly backstabbing Moscow. Russian President Putin is inclined to look at China as a real threat and not a strategic partner. The Russian military aggression is not pointlessly aimed at Washington but strategically guided to curb the Chinese threat.

Greece finally finds its spine, joins hands with Egypt and Italy to go all out against Turkey