China has been causing major losses to Vietnam, but that will end 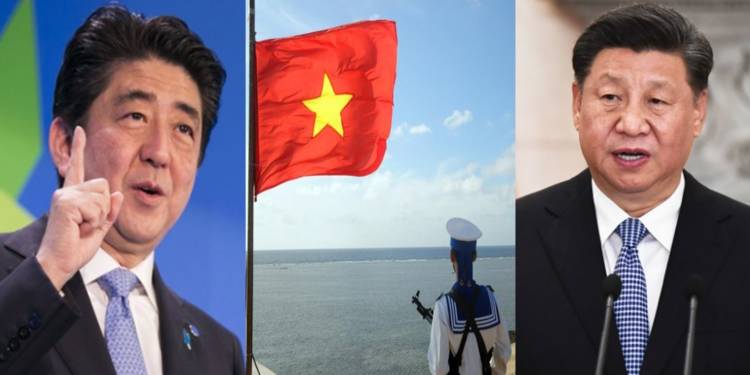 Japan is not just preparing to ward off Chinese influence in its waters near the Senkakus in the East China Sea, but also trying to check reckless Chinese belligerence in the South China Sea. The Shinzo Abe government is empowering Vietnam in the South China Sea, which remains the most vocal critic of Beijing’s revisionism in the region.

Japan has joined hands with Vietnam in the South China Sea and has now signed a 345 million US dollars Liang agreement with Vietnam. The agreement is aimed on providing the Southeast Asian country with six patrol boats to boost its maritime capabilities in the face of growing Chinese aggression.

This aid by Japan to Vietnam comes at a crucial time when China is trying to unilaterally alter the status quo in the strategic waterways. The South China Sea remains a crucial trade route in the Indo-Pacific, apart from offering prolific fishing resources, oil and gas reserves and a vast array of dissolved rare earth elements. This is why Beijing wants to control the disputed maritime region.

To achieve its goals, China uses the Nine-dash line claim, which is almost the entire Sea, in violation of international law. It encircles most of the maritime territory in the South China Sea extending as far as 2,000 kilometres from China’s baseline surrounding the territorial waters and contiguous zones of other countries like Vietnam. China’s claims have no factual or legal basis except for the maps that were drawn up during the Qing dynasty. 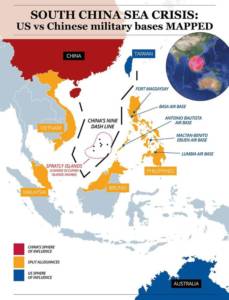 China has been violently asserting its claims over the encircled territory in the South China Sea. It imposes fishing bans and puts hurdles in the exploration activities, effectively restraining other countries from exercising sovereign rights in their territorial waters. Over the past few months, Chinese fishing boats, research ships and Coast Guard vessels have routinely intruded into the Continental Shelves and waters of countries like the Philippines, Malaysia, Brunei and Vietnam.

Chinese ships confront, ram into and bully fishing boats or vessels of other countries in the region. ASEAN countries are therefore incapacitated from exploring oil, gas and rare earth elements, and fishing in their waters. Recently, The Diplomat reported that China caused a loss of 1 billion US dollars to Vietnam, as Hanoi had to compensate two international oil companies- Spain’s Repsol and the UAE’s Mubadala, after cancelling their South China Sea operations due to Chinese pressure in the region.

Vietnam is, of course, furious with China over how the latter is obstructing exploration of resources in Hanoi’s jurisdiction. Vietnam has been ruthless in criticising China’s illegal actions in the South China Sea. In June, for example, the ASEAN issued harsh remarks against China’s claims in the disputed waterways for the first time. This was a clear departure of the ASEAN narrative on China.

The strongly-worded ASEAN statement was issued by the ASEAN Chair, Vietnam on the behalf of the 10-country bloc. It read, “We reaffirmed that the 1982 UNCLOS is the basis for determining maritime entitlements, sovereign rights, jurisdiction and legitimate interests over maritime zones.”

It added, “UNCLOS sets out the legal framework within which all activities in the oceans and seas must be carried out”.

Vietnam has also remained defiant in the face of the summer Chinese fishing bans in the entire South China Sea. China has been imposing such unilateral fishing bans since the year 1999. This year too, China declared the annual fishing ban from May 1 to August 16, and also vowed to enforce it strictly.

However, Hanoi told its citizens to not care for the Chinese diktat and to keep fishing. In May, the Vietnamese Ministry of Agriculture and Rural Development had sent a letter to the local governments asking them to apprise the fishermen of China’s “invalid” fishing ban, and also to “encourage fishers to stick to normal production within the limits of Vietnam’s territorial waters.”

Vietnam is also been backed by the United States in its defiance of the Chinese fishing bans. The US and Vietnam recently inked an MoU which included support for Vietnamese fishermen against illegal “intimidation” of the latter’s fishermen in the disputed waterways of the South China Sea.

Vietnam has grown into a strong rival of China. Hanoi has been accelerating the flight of Japanese and other multinational companies from China as many are now setting up base in Vietnam. And then the Chinese belligerence is, of course, paving the path for a major Sino-Vietnamese clash. And in this situation, Japan has entered the fray to strengthen Hanoi’s hand against Beijing.

Bigger than Huawei or TikTok ban, Trump’s ban on WeChat could start a whole anti-CCP revolution in China