‘Don’t shoot at the Americans no matter what,’ China instructs its plump soldiers after Galwan thrashing

China is scared of getting another thrashing 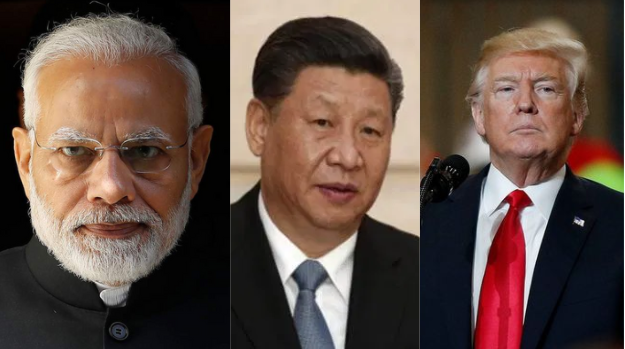 Having been already given a bloody nose during the Galwan Valley bloodbath on June 15, China is ensuring that its reckless People’s Liberation Army (PLA) soldiers do not end up causing another global embarrassment for the Middle Kingdom. The recent military misadventure in Ladakh has already led to an extreme backlash against China, and now Beijing doesn’t want to open up any other front where it could get thrashed.

As per a latest SCMP report, sources say that China has asked its service personnel “not to fire the first shot” even as Beijing looks to de-escalate the soaring military tensions in the South China Sea. The latest instruction to the PLA soldiers is a clear departure from Beijing’s overzealous and bullish behaviour in the South China Sea.

SCMP has also reported that Beijing has ordered its naval officers and air force pilots to exercise restraint, even as the number of face-offs with American warships and fighter aircraft become more frequent.

The US has been needling China like never before. It has formally rejected China’s claims on the South China Sea, and last month, American surveillance assets, including a P-8A anti-submarine aircraft and a KC-135R aerial refuelling aircraft, as well as a high altitude spy drone- MQ-4C Triton, were spotted over the South China Sea headed towards Taiwan.

Apart from the aircraft and drones, the US deployed two frontline aircraft carrier battle groups- the USS Nimitz and USS Ronald Reagan- to carry out drills near the Chinese waters. Moreover, rare nighttime aerial reconnaissance missions have also been carried out near the Chinese provinces of Guangdong and Fujian in recent weeks.

While publicly, China dismisses the nasty American military assets as “paper tigers”, sources told SCMP that the Chinese PLA was worried about ‘accidental’ clashes in the disputed waters. The Chinese Defence Minister reached out to his American counterpart. This was an awkward diplomatic move by China, as it had rejected a conversation offer from the US “a month earlier”.

As Sino-US tensions escalate in the South China Sea, Beijing is desperately holding out on an olive branch to placate the US military. SCMP has also quoted a source telling that China communicated through “various channels” to the US that its military (PLA) has been instructed, “Never to fire first”. China calls this instruction a goodwill measure, while in reality, it understands that if the US starts firing back, it will have nowhere to run to.

There is a Ladakh angle to the latest instructions that China has given to its overzealous PLA soldiers. During the June 15 Galwan Valley bloodshed, China was the main aggressor. But when the Indian Army started hitting back, the Chinese PLA found itself in an uncomfortable situation. While over 20 Indian soldiers were martyred in the hand-to-hand combat, Chinese PLA deaths were pegged at over 43 and above by intelligence sources and American intel pegged the number above 35. China did not release any numbers or names, neither did it give memorials to the dead PLA soldiers. For the whole saga, China faced global as well as domestic backlash. But India was not done.

The violent face-off in Galwan was not only a military embarrassment but also a diplomatic catastrophe. China had found itself isolated while all of India’s friends- Australia, Japan, the US, the UK, Israel, Russia and France- stood firmly with India.

The Galwan Valley face-off had also led India to open the economic front which involved a brutal ban on 59 Chinese apps, exclusion of Chinese companies from government contracts and a drastic reduction of 25 per cent in Chinese imports to India in the ongoing year.

When a bully tries to show military muscle, it often invites harsh retaliation on the economic front. If Beijing indulges in any aggression with the US, the latter can impose tough sanctions which would obliterate the Chinese exports-based economy. The US has already taken the lead from India by banning WeChat and TikTok, and now if matters escalate in the South China Sea, the US will bring down many more Chinese corporate giants.

It is for the fear of a stiff military and economic retaliation from Washington that China is exercising restraint against American military assets even though the US continues to irk China in the disputed waters. China bullies every island country in the strategic waterways but remains very careful when it comes to the United States.

Apart from military action and economic sanctions that the CCP led country is wary of, it would be also worried about the US permanently impairing Beijing’s trade and oil supply routes. China is a green-water Navy that cannot exercise naval power far beyond its littoral zone because of narrow choke-points like the Strait of Malacca and the Indonesian Straits, and even wider passages like the Miyako Strait that separate the East China Sea and South China from the rest of the world.

Moreover, it also fears the creation of a NATO-like multilateral security mechanism in the Indo-Pacific. Lan Shun Zheng, a research fellow at the Beijing-based think tank Charhar Institute said that a 6.9 billion Dollars US military initiative for Taiwan and Vietnam would “attract some countries to plan to establish bilateral or multilateral security cooperation mechanisms to contain China’s maritime activities.”

China is, therefore, asking its PLA officials not to fire first, because it knows that if the US starts firing back, Beijing would land in big trouble.