UAE-Israel relations: Trump’s genius, the changing geopolitics of West Asia and the rejection of Palestine 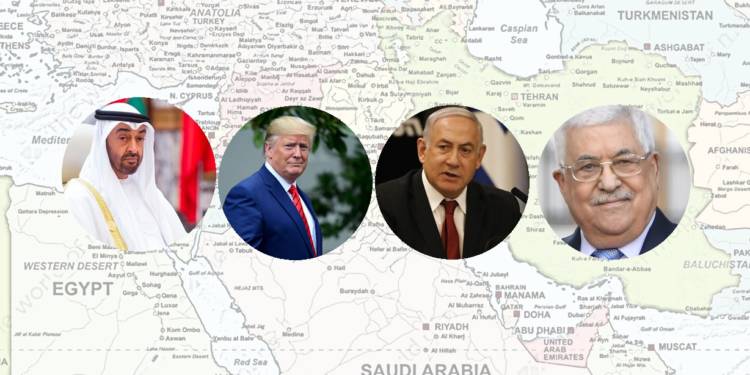 This Joint Statement encapsulates the biggest change happening in the West Asia region as Sheikh Mohammed Bin Zayed, the Crown Prince of Abu Dhabi and Deputy Supreme Commander of the UAE, seems to have left behind the Palestine baggage.

With the UAE and Israel formalising their ties, the Joint Statement further reads, “Delegations from Israel and the United Arab Emirates will meet in the coming weeks to sign bilateral agreements regarding investment, tourism, direct flights, security, telecommunications, technology, energy, healthcare, culture, the environment, the establishment of reciprocal embassies, and other areas of mutual benefit.”

Joint Statement of the United States, the State of Israel, and the United Arab Emirates pic.twitter.com/oVyjLxf0jd

While the Joint Statement remains a dramatic development, geopolitical realignment in West Asia was happening already.

Traditionally, the Arab world was antagonised towards the Jewish country. The UAE, along with the rest of the Arab world had imposed an economic boycott on Israel ever since its formation and had refused to recognise it officially. Palestine was dear to the Arab Muslims and a Palestinian State was a necessary precondition for any ties between Israel and the Arab Muslim world.

However, of late, things had started changing as the UAE and Saudi Arabia became more receptive to Israel. They have been engaging with Israel informally across a range of sectors, often with the help from White House. Now, the United Arab Emirates has taken things to a whole new level by becoming the third Arab Muslim country, after Jordan and Egypt, to forge diplomatic relations with the Jewish country.

This has massive effect on both Israel and Palestine. Israel emerges as the biggest winner in the entire transaction, as Tel Aviv has become an accepted partner without any strings attached. Moreover, this also means that the UAE will not strengthen Palestine’s hand against Israel- either diplomatically or financially.

This also reaffirms the UAE Crown Prince, Sheikh Mohammed bin Zayed’s progressive ideas and pro-US approach. He is working on the single-point agenda of securing his country’s future and making it a dynamic economy instead of the traditional oil-based system. This also explains his interactions with countries like Israel and a purely pro-US approach that includes crackdown on terrorism, both with and without American forces.

While Saudi Arabia’s Crown Prince, Mohammed bin Salman remains the de facto head of the Arab Muslim world, it is the UAE that the world must look out for.

Apart from the UAE and Israel, the US itself emerges as a big winner, which became apparent after the US President Donald Trump tweeted, “HUGE breakthrough today! Historic Peace Agreement between our two GREAT friends, Israel and the United Arab Emirates!” The Joint Statement too notes, “This normalization of relations and peaceful diplomacy will bring together two of America’s most reliable and capable regional partners.”

Trump has therefore succeeded in his top agenda of seeking legitimacy for Israel. For decades, Washington was struggling for rapprochement amongst its West Asian allies- Saudi Arabia and the UAE on one side, and Israel on the other. And now the US has finally achieved this with the UAE and Israel officially establishing diplomatic ties.

Also, Donald Trump has succeeded in getting Israel to hold back its West Bank annexation plans over areas that were outlined by the US President. The Joint Statement reads, “Israel will suspend declaring sovereignty over areas outlined in the President’s Vision for Peace and focus its efforts now on expanding ties with other countries in the Arab and Muslim world.”

The biggest casualty of this geopolitical shake-up is, of course, Palestine. The Palestinian cause has become secondary and has lost relevance for the Arab Muslim world, especially for the UAE. A loud and clear message coming directly from Abu Dhabi is that Palestine should not expect anything from the United Arab Emirates, as the Palestinian cause is no longer relevant for the latter.

The Palestinian leadership itself interprets this Joint Statement as a major loss. Nabil Abu Rudeineh, a Senior Adviser to Palestinian President Mahmoud Abbas, said, “The Palestinian leadership rejects and denounces the UAE, Israeli and US trilateral, surprising announcement.” And why just Palestine, even Iran gets crippled with the Israel-UAE truce. Tehran now finds itself fighting a lone existential battle with Israel, which the latter is eventually slated to win.

The West Asia will never be the same again after the US-UAE-Israel Joint Statement. While the Jewish country fights out of an existential issue, Palestine fades into irrelevance.

As US leaves, China has plans to loot the $3 Trillion Mineral wealth in war ravaged Afghanistan

It’s going to be China, Turkey and allies Vs US, Israel, Saudi and allies in the middle east