A dictator of the worst kind 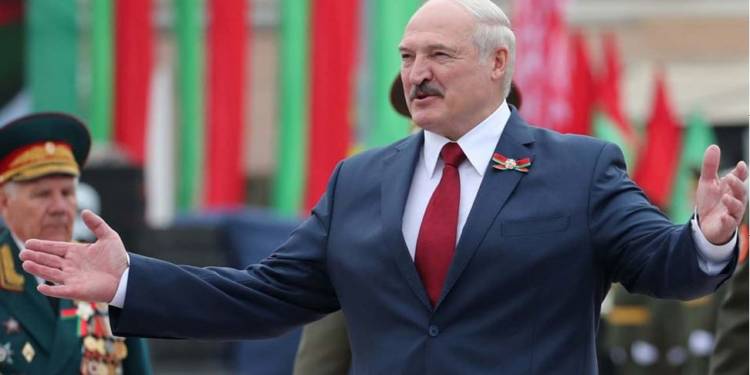 While Europe claims to be the beacon of the world’s democracy, there is a certain country tucked in one corner of Eastern Europe, which remains the Continent’s last dictatorship. We are talking about Belarus, which has been governed by its President Alexander Lukashenko since 1994 when the country first went to polls after breaking out of the erstwhile USSR in the year 1991.

Last week, Alexander Lukashenko declared himself the elected President of Belarus for a sixth straight term, and the rigged poll results have led to massive protests but no one in the democratic world from the US to the European Union seems to care.

Alexander Lukashenko has been leading his country like a textbook dictator, with an iron grip. He holds periodic elections and unsurprisingly, Lukashenko wins with a landslide margin every single time. Prior to the formation of Belarus and later the first Presidential polls in 1994, Lukashenko served as the Director of a collective farm in the erstwhile Soviet Union, as well as the Soviet Army. For Belarus, democracy was short-lived, as Alexander Lukashenko soon subsumed the entire State control in himself.

After coming to power in 1994, the strongman- Lukashenko gripped the Belarusian legislature, judiciary and media. He remained in power by using the strong KGB espionage apparatus that Belarus succeeded from the erstwhile USSR. Moreover, he was able to avoid privatisation due to cheap oil and gas supplies from Russia, allowing him to gain full control of State-run enterprises. 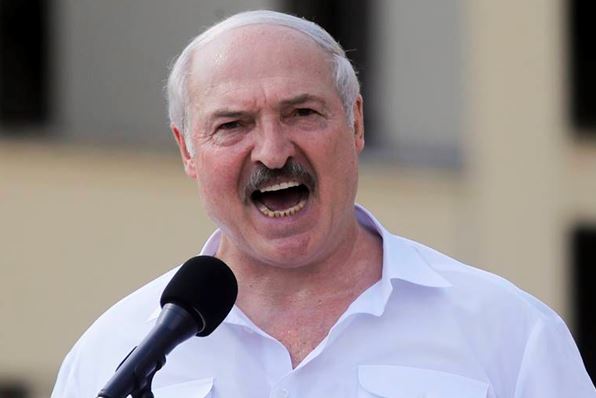 However, now Lukashenko is facing outrage within his own country after yet another botched-up election result. Last week, the Belarusian President secured 80.23 per cent of the official vote, giving him a sixth term in power in Belarus. On the other hand, the Opposition candidate Svetlana Tikhanovskaya, who has now fled to Lithuania, secured only 9.9 per cent of the official vote.

Not that free and fair elections were expected in the first place with a dictator at the top, but the outrage against Lukashenko was widespread and worsened when the rigged poll results shocked everyone. The Belarusian President’s apathetic approach to the COVID-19 Pandemic had become a major poll issue.

Apparently, Lukashenko’s health advice- get rid of the fear “psychosis”, drink vodka and go to the Sauna in order to stay fit as a fiddle did not go down well with Belarus. Lukashenko, therefore, kept cracking down on the Belarusian opposition. Before the elections, he virtually disqualified two prominent candidates, one of whom was arrested and the other- a former Ambassador to the US, Valery Tsepkalo fled the East European country fearing arrest.

The main opposition candidate Sviatlana Tsikhanouskaya became Lukashenko’s main challenger only after the other two prominent candidates were thrown out of the poll process. Nevertheless, Tsikhanouskaya was able to draw massive crowds at her election rallies. 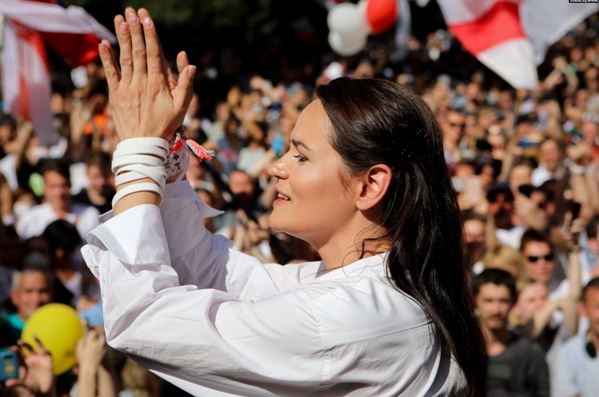 Sviatlana Tsikhanouskaya is herself a victim of Lukashenko’s playbook. In fact, she contested in the first place because her husband, a popular YouTuber and activist, Syarhey Tsikhanouski, was arrested in May and banned from contesting polls. During her campaign, many logistical obstacles were thrown in her way and even her children received threats.

Sviatlana clearly has the popular Belarusian support, but Lukashenko remains the ‘elected’ President. After the election results, Sviatlana Tsikhanouskaya declared, “I consider myself the winner of this election.” The vote count took place in complete lack of scrutiny without any observers which has further fuelled the anti-Lukashenko sentiment. But later, she told her supporters not to participate in the mass protests that have since broken out or “put their lives at risk”.

Hours after advising her supporters, she fled to Lithuania seemingly due to the threat posed to her children. In a video message, she said, “God forbid you face the kind of choice that I faced,” and added, “Children are the most important thing in our lives.”

Notwithstanding, Sviatlana’s advice the biggest anti-government protests in Belarus have continued unabated. The police crackdown from the Lukashenko regime has been equally brutal. Eyewitness accounts quoted by BBC reveal that both men and women, including those who haven’t even participated in protests, are being illegally detained in the Belarus capital, Minsk.

🇧🇾 The opposition in #Belarus is calling for a recount after official results show long-serving leader Alexander #Lukashenko won 80% of the presidential vote – securing a sixth term in office.

Unsurprisingly, Lukashenko is denouncing protesters on Belarusian streets as foreign-funded “puppets” and around 6,000 people have been reportedly rounded up by the police. Even the Belarusian State media has joined the general strike sweeping Belarus.

Meanwhile, nobody in the Democratic world seems to care. Neither the EU, nor the US seem to care about what is going on within Belarus. EU itself strangely lifted sanctions on the Lukashenko regime in 2016. And today, the Belarusian dictator keeps swinging between China and Russia.

Before the elections, he was blamed for interfering in the Belarusian polls but now the 65-year old has leaned on Russian President Vladimir Putin in face of growing outrage within Belarus. Lukashenko has therefore emerged as a textbook dictator though no one seems to care about it.