And this is giving a huge nightmare to China 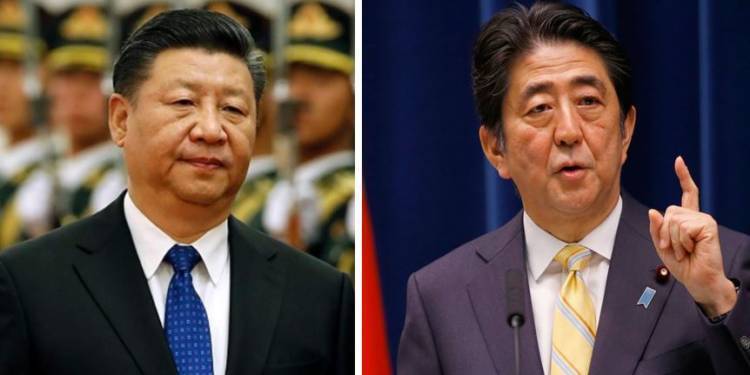 The Indo-Pacific is witnessing a new confrontation as Japan is reacting sharply to China’s fast-changing policies with Xi Jinping at the helm of affairs.

Till now Japan and China were not coming at loggerheads with each other because of former Chinese President Deng Xiaoping’s strategy of avoiding show of strength while building internal power, and Japan’s Yoshida Doctrine from the post-World War II era, wherein which Tokyo became a pacifist regime and outsourced its national security to the US almost entirely while focussing on post-War reconstruction.

Japan’s Yoshida doctrine had helped it become the second biggest economy of the world by the 1990s. However, former Chinese President Xiaoping’s “Hide your strength, bide your time” strategy proved effective for China. In this era, Beijing adopted market-driven economic reforms. Between 1978 and 2013, China grew at a breakneck speed but was never assertive despite its rising economic influence and stature.

The Xiaoping doctrine led to China toppling Japan in terms of economic power. Today, China is the second-biggest economic power of the world, while Japan comes a distant third. China has beaten Japan in long-term economic and military strength.

On the other hand, Japan’s stupendous growth till the 1990s was hit by a deep financial crisis driven by lack of manpower and strict immigration laws. Further, Japan’s political instability aggravated the country’s financial crisis, as Tokyo witnessed 17 different Prime Ministers between 1989 and 2012.

The incumbent Prime Minister of Japan, Shinzo Abe has been trying to fix Japan’s political and economic problems ever since he came to power. But by the time Abe came to power in late 2012, Japan started facing a different kind of China challenge. Xiaoping’s version of the “peaceful rise of China” has now been replaced by Xi Jinping’s “Wolf-warrior diplomacy”.

By the time Abe arrived in Japan, China was no longer working on silently building its strength, rather it started making a great show of its economic might, terrorising its neighbours, particularly competitors like India and Japan, and debt-trapping far-off countries in order to assert its global dominance. Japan which had just come out of a longstanding political crisis became an idle observer.

But as Xi Jinping started deserting Xiaoping’s doctrine of not bragging the Chinese might, Shinzo Abe also began deserting the Yoshida Doctrine. Tokyo has been making far-reaching manoeuvres in the Indo-Pacific.

Shinzo Abe has made bold moves of stepping up cooperation, aid and diplomacy amongst the Southeast Asian countries with the sole motive of battling Chinese advances in the strategic waterways of South China Sea, and bolstering Japan’s economic and security position amongst the ASEAN members.

In fact, Japan has reached out to the Philippines and Vietnam, both of which are facing Chinese hawkishness in Southeast Asia. Tokyo is reportedly going to build six patrol vessels for the Vietnamese Coast Guard and a 94-metre long Multi-Role Response Vessel (MRRV) for the Philippines Coast Guard.

Japan has also played a big role in resurrecting the defunct QUAD- an informal strategic forum between India, Japan, Australia and the US to contain growing Chinese influence in the Indo-Pacific.

In fact, Japan had started making plans to cut supply chain dependencies on China even before the COVID-19 Pandemic came up. Tokyo is incentivising Japanese companies to shift production out of China and either go back to Japan or move to Southeast Asia, preferably Vietnam.

Apart from bolstering is economic and security position, Tokyo is also giving up on Pacifism and adding military firepower to take on China.

Japan has taken up a more assertive role in the Indo-Pacific in order to confront China’s shift towards belligerence from a seemingly peaceful rise. Tokyo might not be as rich as Beijing, but the former has superior product as well as financing qualities giving some tough time to China. Shinzo Abe’s tilt away from the Yoshida Doctrine and Japan’s strong re-emergence has come as a shot in the arm for countries like the Philippines and Vietnam who now have more confidence in standing up to Chinese aggression in their backyard.