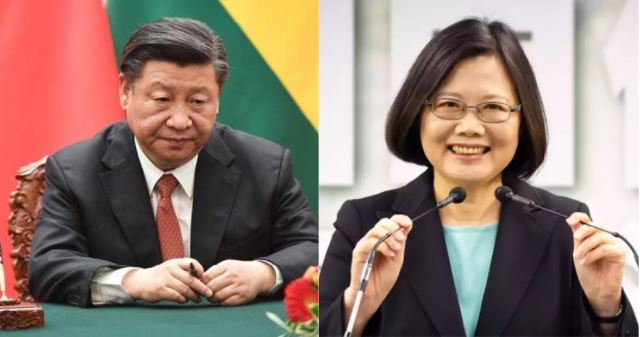 Taiwan has given a fresh diplomatic blow to China in the strategically located Horn of Africa. Taiwan has officially opened a Representative Office in Somaliland, a fully-functioning East African State that declared independence from a wartorn Somalia in 1991. Today, Somaliland is not recognised globally just like Taiwan.

A Taiwanese Representative Office in Somaliland is a strategic setback for China not only because of the diplomatic repercussions but also because it vindicates the TAIPEI Act passed by the United States recently and strategic location of Somaliland’s border with Djibouti where China’s only overseas military base is located.

The opening ceremony of the establishment of a Taiwanese Representative Office in Somaliland was led by Lou Chen-hwa, Taiwan’s Chief Envoy in the East African State, and Yasin Hagi Mohamoud, Somaliland’s Foreign Minister. 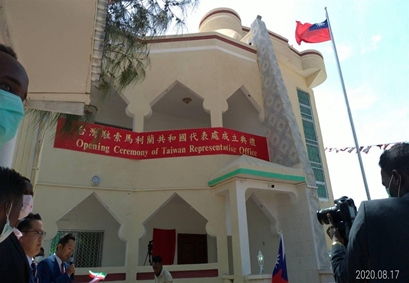 Taiwan’s President, Tsai Ing-wen has tweeted, “An important milestone for the Taiwan-Somaliland partnership! Today we opened the Taiwan Representative Office in Somaliland. We are bound together by our shared values of freedom, democracy, justice & the rule of law, ideals that will guide our future cooperation.”

An important milestone for the #Taiwan–#Somaliland partnership! Today we opened the Taiwan Representative Office in Somaliland. We are bound together by our shared values of freedom, democracy, justice & the rule of law, ideals that will guide our future cooperation. pic.twitter.com/upAcpnJGfp

Meanwhile, Taiwan and Somaliland have also signed a technical cooperation agreement and Taiwan is now going to send a technical mission to Hargeisa that will work on different projects. In her video message, Taiwan’s President Tsai Ing-wen has also promised to work with Somaliland in sectors like agriculture, fisheries, energy, mining, public health, education and information and communications technology.

The foundations of the Taiwanese Represent Office in the African country were laid down last month itself when the two countries established diplomatic relations. Somaliland’s Foreign Minister, Yasin Hagi Mohamoud had himself travelled to Taiwan to sign an agreement establishing diplomatic ties between the two self-declared states.

The establishment of diplomatic ties has proved to be a significant diplomatic victory for Taiwan, which is presently recognised by only 15 countries across the world. Within Africa, Eswatini was the only country to have diplomatic ties with Taiwan before Somaliland also joined in.

Taiwan and Somaliland are trying to invoke the shared values of democracy and freedom to forge stronger ties. Last month, Ministry of Foreign Affairs, ROC (Taiwan) had tweeted, “We’ve signed an agreement with Somaliland to establish good relations. A Taiwan Representative Office will be set up in this independent country on the Horn of #Africa. We’re thousands of miles apart, but share a deep-seated love of freedom & democracy.”

We've signed an agreement with #Somaliland to establish good relations. A #Taiwan Representative Office will be set up in this independent country on the Horn of #Africa. We're thousands of miles apart, but share a deep-seated love of freedom & democracy. JW pic.twitter.com/JY78AvXbwS 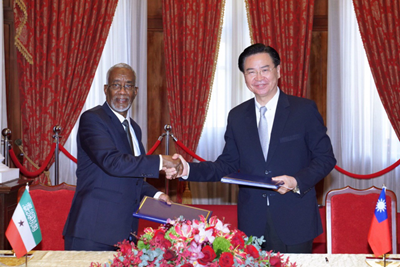 As for Beijing, the establishment of Somaliland-Taiwan relations is a major embarrassment. At a diplomatic level, Beijing objected to the latest move because it wants the world to follow the “One China Principle” wherein the People’s Republic of China claims that Taiwan is not a de jure independent State.

As far as Somaliland is concerned, Beijing followed two different strategies- tempting Somaliland to refrain from establishing ties with Taiwan on one hand and raking up Somalian sovereignty on the other.

“undermining Somali sovereignty and territorial integrity.” He had added, “China firmly opposes Taiwan and Somaliland establishing an official agency or having any form of official exchanges.”

Earlier this month, Taiwan News reported that Somaliland’s President, Muse Bihi Abdi rejected a conditional offer from Beijing to cut ties with Taiwan, and made it clear that the African country would strengthen ties with Taiwan instead. Here, China lost not so much to Taiwan, but to the US as Muse reportedly ordered an analysis of the TAIPEI Act passed by the US in March.

Somaliland might want to benefit out of American goodwill through unilateral recognition of Taiwan. Muse would be particularly interested in Section 3, Item 2 of the TAIPEI Act which states that the US government must consider “increasing its economic, security, and diplomatic engagement with nations that have demonstrably strengthened, enhanced, or upgraded relations with Taiwan.”

Within Africa, enhanced ties between Somaliland and Taiwan could, therefore, turn out to be a yet another diplomatic catastrophe for Beijing. Other countries in the Continent could follow the suit if Somaliland happens to benefit from the United States due to stronger ties with Taiwan.

China had fought against the establishment of Taiwan-Somaliland ties, rather desperately because the latest move is bound to land Beijing in a strategic abyss. While Djibouti remains critical for China’s ambitions of watching over the Western Indian Ocean, Somaliland allows Taiwan to expand its military presence. 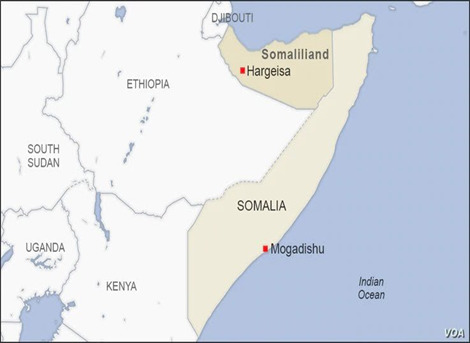 In fact, Alexander Huang Chieh-cheng, a Professor of International Relations and Strategic Studies at Taipei’s Tamkang University believes that a Representative Office in Somaliland could house military attaché boosting Taiwanese presence in Africa.

The Somaliland-Taiwan ties could thus jeopardise Chinese advances in the Western Indian Ocean. Taiwan has thus given a high voltage diplomatic jolt to Beijing thousands of miles away in the Horn of Africa.