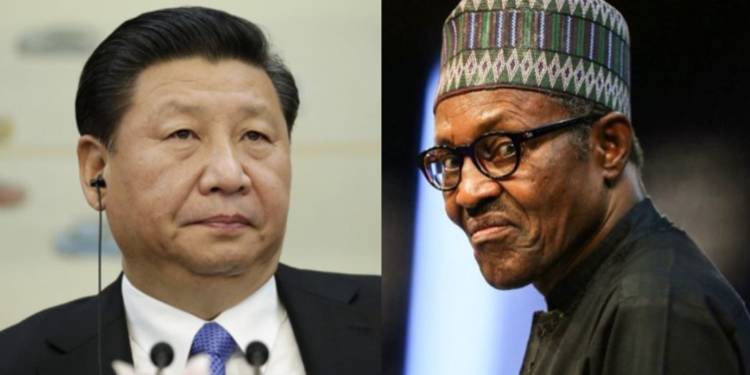 China’s sinister ‘Debt-trap diplomacy’ in Africa is unravelling new hidden truths every day. The opposition party in Nigeria has unearthed a hidden clause in one of the shark-loans of China that might cede the sovereignty of Nigeria to the communist state actor in perpetuity.

In the said agreement, Nigeria stands to concede its sovereignty to China if there would be any default in the repayment of the $400 million for the Nigerian National Information and Communication Technology Infrastructure Backbone phase 2 project signed in 2018 with the Export-Import Bank of China.

“The Borrower [i.e., the state of Nigeria] hereby irrevocably waives any immunity on the grounds of sovereign or otherwise for itself and its property in connection with any arbitration proceeding pursuant to Article 8(5), thereof with the enforcement of any arbitral award pursuant thereto, except for the military assets and diplomatic assets,” reads the clause in Article 8(1).

The House of Representatives has attacked President Muhammadu Buhari’s government over the hara-kiri clause and demanded it to confront China for slipping such clauses in plain-sight. Calls of inquiry have been raised and the political climate in Nigeria is charged up as the politicians are waking up to the looming threat of Dragon.

Some reports have even suggested that the Nigerian government has given up a few of the oil-fields as collateral to the Chinese banks.

Nigeria- The Biggest economy of Africa and the massive debt trap

Nigeria is Africa’s largest economy, after having overtaken South Africa, Beijing has inadvertently set its eyes on the country to snare it in its debt trap.

Up until now, China has offered loans to back eleven ongoing large-scale infrastructural projects, leaving Nigeria’s debt to China at $3.1 billion as of March 31 against the total $5.575 loan agreements wrapped up with China EXIM Bank in the span of eight years between 2010 and 2018.

The total outstanding foreign loans of Nigeria stood at $23 billion, up from $7.02 billion in 2015. And Chinese creditors are increasingly putting pressure on the Nigerian Government to release the funds.

Reported earlier by TFI, China happens to be Africa’s biggest lender with debts worth more than $150 billion owed. Overall, in 2019, China’s outstanding debt claims stood at well over $5 trillion.

However, Nigeria is staring at a grim economic condition due to the COVID-19 pandemic that has caused cash crunch and the falling oil-prices have further dented its shale industry.

China and its vicious debt-trap diplomacy

The debt-diplomacy policy forms the bedrock of the BRI and China is using it to hash out the assets of the country in lieu of the debts these poor countries owe to China.

The modus-operandi is fairly simple—enter a country on the pretext of development activities, hand out fishy loans with exorbitant interests rates and when the state fails to repay it, capture the territories, buy off the important senators and people of the country and before the public know, China has encircled the country from all side.

African countries in the aftermath of the pandemic are becoming aware that China is drawn towards the vast natural resources on offer in the Dark Continent. Beijing tried to masquerade as a good-samaritan in the region but its mask is slowly falling off.

Of late, China has been facing a lot of backlash from within Africa. The Belt and Road Initiative (BRI) has been losing steam, as Chinese projects in countries like Kenya and Tanzania are getting scrapped. This year, anti-Black racism and China’s debt-trap diplomacy have become contentious issues in Africa.

The State-sponsored crimes against Africans in China in the guise of battling COVID-19 and the African demands to cancel debt have eroded Beijing’s influence in Africa. Now Nigeria, in time, has found out the clause which could have very well spell doom for its freedom. The Nigerian opposition has been vociferous in raising the issue and has sent a stern message to China that its neo-colonial, expansionists dreams won’t lead to any fruition in the country, to say the least.

China started this year with dreams of global dominance. It can end the year by getting kicked out of the Dollar system