The coup in Mali is a death knell to China’s BRI ambitions and it’s not the US, but Russia behind it 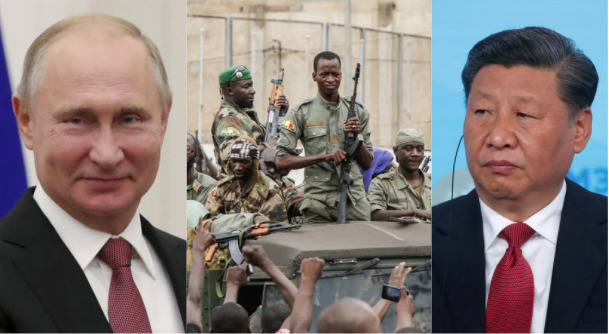 Russia has dealt a telling blow to Xi Jinping’s flagship BRI expansion plans in the Sahel region of West Africa. A military coup in Mali that has led to the resignation of Malian President, Ibrahim Boubacar Keita, is expected to complicate the security situation in the Jihadist insurgency-ravaged country. And the latest development, therefore, comes as a major setback for Beijing’s BRI ambitions in the West African country.

But this isn’t as plain as it looks. It seems that Russia is the one which has caused the all-important coup sending ripples through China’s strategic circles. The two Malian Armed Forces Colonels- Malick Diaw and Sadio Camara, who led the coup, were trained by the military in Russia before they staged the dramatic coup.

As per The Daily Beast, two Malian military officials said that both Diaw and Camara had left Bamako for Moscow earlier this year to attend a military training that was sponsored by the Russian military and returned to Mali just over a week before overthrowing Keita. Now, this has to be either the mother of all coincidences or a Russian powerplay in the resource-rich African continent.

According to The Daily Beast report, sources said that many senior officers suspect the two Colonels planned the coup from Russia itself and that they were also in contact with others from their military training base abroad.

In this context, the Malian military officials are not ruling out direct Russian aid and involvement in the dramatic coup, though the level and point of Russian protection to the two Colonels cannot be ascertained as of now. Moreover, Russia does have a reputation of interfering in the local political systems of Africa for making material gains.

We also know that the coup is part of a larger plot as Mali was already facing protests since early June over disputed Parliamentary elections held in the country in March and April.

Meanwhile, Beijing seems to have been taken aback by the latest development. On Wednesday, China joined the international condemnation of the military coup in Mali. The United States, the African Union, the European Union and France have already criticised the takeover in Bamako.

Within Beijing, it is not any love for democracy that has prompted a reaction against the military takeover; rather the Chinese strategic circles might believe that the military junta that will now lead the country could be far more inclined towards Moscow than Beijing. Ultimately, it is Xi Jinping’s BRI expansion plans in the Sahel region that will suffer.

If Russia was involved at any level in the military coup in Mali, then it would have taken both the US and China by surprise. By establishing a friendly regime in Bamako, Moscow would show that it is not down and out, and shouldn’t be written off from the global competition.

Also, Moscow’s increasing role in Mali shows that Russia doesn’t give two hoots about China’s interests in the Sahel region, reaffirming that Sino-Russian ties are all about expediency and not the friendship of any kind.

Seemingly, Mali is just the tip of the iceberg when it comes to Moscow’s Africa plans. Only three weeks ago, a German daily Bild cited a German Foreign Ministry report, suggesting that Moscow was looking to ramp up its military cooperation with African countries as a part of its new Africa strategy. It also disclosed that Russia was looking to build bases in six African countries.

These six countries where Russia is said to be “contractually assured,” of being “allowed to build military bases” are the Central African Republic, Egypt, Eritrea, Madagascar, Mozambique, and Sudan. Moscow is, therefore, targeting the Horn of Africa and the Vanilla Island countries– both strategic regions where China has been trying to augment its presence. 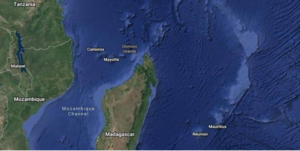 The classified German document on “Russia’s new ambitions in Africa” claimed that Putin had made Africa a top priority. The leaked document also revealed, “Since 2015, Russia has concluded military cooperation agreements with 21 countries in Africa.”

Russia is using its security services to exert greater political and economic influence in Africa. Russia is using private armies or proxy groups like the Wagner group, which is also supporting the Haftar-led forces against the Muslim Brotherhood government in Libya.

Meanwhile, Russia is also using its arms supply to gain favour in African nations. Moscow accounts for 37.6 per cent of arms supplies to Africa, dwarfing the US market share of 16 per cent of China’s share of 9 per cent. This has helped Moscow in Algeria and even traditional American allies- Tunisia and Morocco.

Moscow might lag behind Beijing’s economic heft and Washington’s “soft power” display, but no one seems to be able to match the Russian “hybrid” of security cooperation through mercenaries, private military contractors and arms sales.

Russia is emerging as an underdog giving tough competition to China at several places. Even in Eastern Europe, for example, the Belarusian dictator Lukashenko started facing a major backlash and protests only after he warmed up to Beijing and tried to develop cold feet about Russia.

Now, the dictator is making balancing act and the Western world is also not very keen on supporting the protests against Lukashenko for the fear of a Russian political powerplay in the country.

While Putin maintains a “strategic axis of convenience” with Beijing as he wants to pull Russian economy out of Western sanctions, a spurt in Russian influence in any part of the world often comes at the expense of China. And Mali is no exception.