Strong reasons behind this 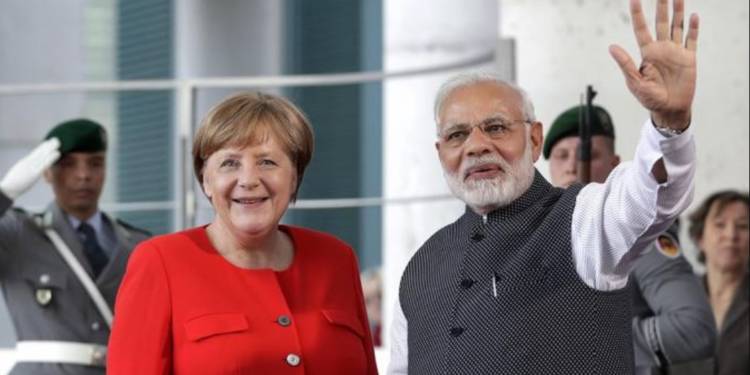 Germany is ambitious. It wants to become a Great Power and therefore, refuses to play second-fiddle in the Trump administration’s decoupling from China. At the same time Germany also doesn’t want to become a Chinese partner stricto sensu and therefore keeps issuing token statements against China urging the Communist nation to stop violating human rights.

However, while the German Chancellor feels she can afford to antagonise both Washington and Beijing, antagonising New Delhi doesn’t seem to be an option for her. Therefore, when it comes to the perpetual rivalry between India and Pakistan, Merkel invariably chooses the former. In a latest snub to Pakistan PM Imran Khan, Merkel has refused Islamabad’s request supply air independent propulsion (AIP) systems for Pakistani submarines.

The AIP systems are at the core of submarine technology as they allow the submarines to stay underwater for a longer time. Germany’s refusal to supply them has thus harmed Pakistan’s maritime capabilities against India. HT has quoted an Indian official as saying that Berlin’s refusal to help the Imran Khan government with the AIP technology would “adversely impact its lethality and vulnerability”.

Germany’s tough position on Pakistan directly benefits New Delhi in its acrimonious relations with Islamabad that often escalates into military tensions. And this is certainly not the first time that Germany has indirectly helped India.

Even last year, the German government believed that there was a “sharp increase” in Pakistan’s efforts to illegally procure nuclear, biological and chemical (NBC) weapons technology. In 2018 too, Bundesamt für Verfassungsschutz (BfV), Germany’s domestic intelligence agency, had pointed out a “massive increase” in Pakistan’s attempts to procure nuclear goods in Germany and other Western countries covertly.

Pakistan’s rogue nuclear policy is anyway not under the wraps, and with such reports, Merkel tries to come closer to India and tilt diplomatic scales even more heavily in New Delhi’s favour.

It is not as if Germany has any personal issues with Pakistan and it is possible in international relations for Berlin to get swayed away by Pakistan’s fake Kashmir propaganda, but it is Merkel who cannot and doesn’t want to antagonise India for two solid reasons. Firstly, it is unnecessary for Berlin to irk a rising economic power like India and secondly, Merkel as the de facto EU leader knows that the EU is yet to truly untap trade and investment potential in India.

Even ahead of the India-EU Summit last month, sources had said that EU is one of India’s largest trading and investment partners but the Brussels-based intergovernmental bloc has great untapped potential with India. Merkel, who is strictly guided by business interests understands the costs of angering India through words or through actions.

Merkel’s ambition to capitalise upon the humungous Indian market that is growing even bigger has led her to maintain a very friendly position with India. Therefore, when members of the EU Parliament had tabled an anti-CAA resolution in January this year, a Merkel-led European Union simply distanced itself from the anti-India move.

Later, India’s External Affairs Minister Dr. S. Jaishankar had arrived as a guest of honour for the EU Foreign Ministers’ meet in Belgium, while the Indian sources asserted, “Friends of India prevailed over the Friends of Pakistan.”

Now, the landscape is becoming even more competitive for the EU and Angela Merkel. Recently, India and the United Kingdom recently worked out an ‘Enhanced Trade Partnership’ as a precursor to the larger Free Trade Agreement (FTA) between the two countries. This comes as a huge blow for the EU, since the UK seems to have gained an edge over the EU after Brexit.

The United Kingdom has declared its intent to become a great friend of India, and the Indo-UK friendship could come at the expense of stronger Indo-EU trade and investment ties. After the Brexit, UK and EU have become competitors engaged in a trade deals race, and winning India’s favour remains a major priority for both the sides.

The EU knows that it has to compete with the UK for India, rather than antagonise India. As for Merkel, India remains a country that she doesn’t want to annoy even though she remains occupied in Great Power competition with both the US and China. On the other hand, Pakistan remains an expendable whom Berlin will constantly snub in order to show greater goodwill towards India.