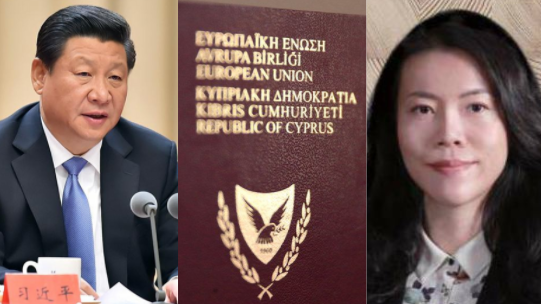 Amid the Coronavirus spread, when countries around the world expected a humble apology from China– which is responsible for the collapse of the Global economy and hundreds of thousands of deaths– the Chinese government resorted to Wolf Warrior diplomacy and engaged in border aggression to provoke nationalism at home and instil fear in the neighbouring countries.

In the last decade, especially after Xi Jinping came to power, the Chinese government has tried hard to stir a sentiment of nationalism among the people. The promotion of hyper-nationalism through arts, cinema, and propaganda, has many aims for the Communist party, with one being to convince the country’s elite class to not migrate outside of China.

Forced to bear allegiance to the Chinese Communist Party, the rich in China, by and large, are not really patriotic. And this can be mapped from the flight of China’s millionaires and billionaires to countries like Australia, Canada, the European Union, and the United States.

As per a report by Al Jazeera’s investigation unit, more than 500 Chinese nationals, most of them super-rich, obtained the citizenship of Cyprus, a tiny island country in Eastern Mediterranean, which is also a part of the European Union. To gain free access in the European Union, China’s elite class and most of whom also happen to hold important positions in the Chinese Communist Party were still living in China with dual citizenship. This shows that Chinese super-rich citizens are not patriotic, not even the ones whose families hold important positions in CCP.

Among the 500 people who obtained Cyprus citizenship, Al Jazeera named only 8 people who are entrenched with the ruling party. Among those who were named is Yang Huiyan, a principal owner of the Chinese property developer, Country Garden. Yang is the richest woman in Asia with a total wealth of 20 billion dollars which she inherited from her father. Yang’s father, Yeung Kwok Keung, is a member of the Chinese People’s Political Consultative Conference (CPPCC), the top political advisory body of China. Yang gained Cyprus’ citizenship in October 2018.

Another person named in the investigation was Lu Wenbin, chairman of Sichuan Troy Information Technology, a computer-networking firm based in Sichuan City, a delegate to Chengdu People’s Congress, the legislative body. Lu was granted Cyprus’ citizenship in July 2019.

Chen Anlin, a CPPCC member in the Huangpi district of Wuhan in Hubei province and a director at CECEP Central China Industry Development– a subsidiary of the state-owned China Energy Conservation and Environmental Protection Group– was granted Cypriot citizenship in July 2019.

All the other “politically exposed persons” whose names were revealed by Qatar’s state-owned media unit hold top positions in the Chinese Communist Party. Given the fact China does not allow dual citizenship, these people are set to lose Chinese citizenship automatically once they become permanent residents of any foreign country.

And this will also expose the hypocrisy of top CCP and PLA leaders who fool common people of China in the name of Nationalism but obtain foreign citizenship in developed countries for themselves and their children.

Ever since Xi Jinping came to power in late 2012, every year thousands of affluent Chinese people migrate to English speaking countries with better education and healthcare systems. Australia topped the list in receiving the highest inflow of ultra-high net worth individuals (HNIs), with 12,000 millionaires migrating to the country, most of whom were Chinese.

Chinese elite class have a sense of insecurity from the totalitarian Xi Jinping government, which, since it came to power, has dealt with corruption and dissenters with an iron fist. The Chinese HNIs know that the Communist government would confiscate their property if required and they cannot express any kind of dissent against the totalitarian regime.

This is the reason behind Chinese millionaires making every effort to ensure that their children get private boarding school education in English speaking countries like Australia, Canada, which could help them attain citizenship in those countries.

The Chinese government has put several restrictions on the amount of money a Chinese can spend overseas to stop capital flight because the Communist government fears that if the richest and entrepreneurial people migrate out of the country, China would suffer from a brain drain as well as a capital drain in the coming years.

In the last few years, Xi Jinping’s agenda has been focused on hyper-nationalism. The Chinese government picked border disputes with neighbouring countries, even countries like the Philippines, which tried to befriend the Communist regime were not spared.

The Coronavirus pandemic and the subsequent backlash against China are being used by the CCP to convince the domestic audience that the country is surrounded by enemies and the people must be ready to make a sacrifice for the nation. But, the investigation by Al Jazeera is set to create a political storm in the country as it reveals that the top executives of CCP and their children are among the frontrunners in obtaining foreign citizenship.