A weird kind of retaliation 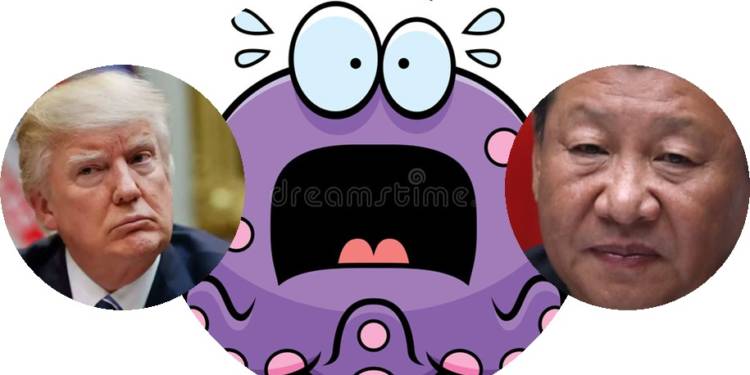 China is scurrying around from pillar to post to assert its dominance in the South China Sea but the US under President Donald Trump is continuously on its tail. China’s restlessness can be gauged from the fact that even a couple of harmless spy planes of the US have given sleepless nights to the People Liberation Army-Navy (PLA-N) which as a retaliatory measure is firing empty bullets in the ocean, presumably to fish an octopus or two or possibly show its anger.

It all started on Tuesday when a US U-2 high-altitude reconnaissance aircraft flew into the Chinese air space during live-fire exercises by the PLA’s northern theatre command. The Chinese had barely lodged their protests when on Wednesday, a US RC-135S reconnaissance aircraft again flew near the Paracel Islands where the wussies of the PLA are conducting a military exercise.

As a result, China launched four medium-range ballistic missiles into the South China Sea and according to officials, the ballistics landed in the sea in an area between Hainan Island and the Paracel Islands.

Both the Chinese foreign and defense ministries have lashed out at the US for sending spy planes into mainland airspace during military drills; the foreign ministry has lodged a formal protest.

It is imperative to note that since July 1, China’s military has been conducting aggressive exercises in and around the Paracel Islands and has been threatening all the parties by announcing that “during the period (of the exercise), no vessel shall be allowed to navigate (in the large training area and) all vessels have to follow the guidance of the commanding ship on site.”

Vietnam which claims the Paracel Islands and the area surrounding it as its own had recently turned to India for help to thwart the menace of China. The USA must have took note of the developments and to keep a close eye on Beijing’s sinister operations, initiated the airplanes.

While PLA in an attempt to vent its anger fired four missiles into the disputed waterway, one cannot help but wonder who exactly the PLA troops were trying to intimidate? The American spy plane that had long left the aerial boundary of China or the Octopuses because the US spy planes or their debris were definitely not inside the sea.

Well, if this is the navy-warfare PLA Navy has been preparing for in the last one month by conducting military exercises then no country should have a problem with China. Let them fish some Octopuses and probably some clams and caviars for the hungry population that is deprived of aquatic food.

Read: The voracious appetite of the Chinese for fish is turning oceans and seas across the world fish-less

With the elections approaching in the US, Donald Trump has made China its biggest poll plank. Beijing has understood this and therefore has went into a shell so as not to give any fodder to the Trump administration to gain elections points.

The sending of the spy-planes was merely a tactic to gauge China’s response and going by the looks of it, America will be coming after Beijing with much greater frequency.