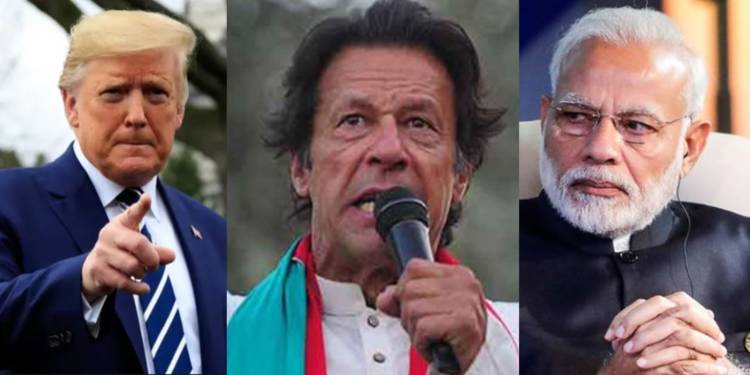 Financial Action Task Force (FATF), the global watchdog on terror financing is set to hold a review in October this year, and Pakistan, which is already in the grey list, might get blacklisted this time.

In June 2018, a few months before Imran Khan came to power, FATF put the Islamic country in grey list for being a centre of terror financing. Since then Imran Khan made several efforts to instrument the exit of the country from the grey list as it would help to bring international investors and loans from multilateral institutions, but none of it worked so far.

This time, Pakistan risks getting blacklisted (which comes with highest restrictions on flow of global capital) because of its involvement with the Islamic State in Afghanistan, Syria, and for financing terror activities in India.

Pakistani nationals were found to be allying with the Islamic State Khorasan Province (ISKP) to sabotage US-Taliban peace deal which brings the civilian government of Afghanistan and Taliban together for betterment of Kabul’s future. The attempt by Pakistani nationals to ally with IS in order to sabotage the peace deal would definitely irk Trump led United States and this would have ramifications in FATF.

Moreover, the United States would also probe Pakistan’s involvement in IS terrorists in Syria. “The American security forces are currently interrogating these Pakistani nationals including who sent them to fight for IS in Syria and their past affiliations with terrorist groups like the Al Qaida or any other pan-Islamic group based in Pakistan. As the Pakistani deep state is involved with the so-called Islamic State of Khorasan Province in Afghanistan, the interrogation will also reveal its role if any,” said an official.

Also, the National Investigation Agency has filed charge sheet against 19 terrorists including JeM chief Massod Azhar. So, Pakistan is under fire for involvement in terrorist activities in India, Afghanistan, and Syria, which the FATF would take very seriously and this will probably lead to blacklisting of the Islamic country.

Imran Khan knows very well that amid all this blacklisting is imminent unless he takes very tough action against terrorists residing in Pakistan and makes some efforts to stop terror financing activities in the country. Therefore, he brought two legislations-Anti-Money Laundering (Second Amendment) Bill and the Islamabad Capital Territory (ICT) Waqf Properties Bill – which were passed in the lower house of the country where his party has majority but are struck in Pakistani Senate, the upper house where opposition parties still have majority.

“Opposition tries to hide behind facade of democracy to protect their loot & plunder. To blackmail for NRO (National Reconciliation Ordinance) by defanging NAB (National Accountability Bureau, they would even have Pak put on FATF black list to destroy nation’s economy & increase poverty,” said Khan.

Today in Senate the opposition defeated 2 critical FATF-related bills: Anti Money Laundering & ICT Waqf bills. From day one I have maintained that the self-serving interests of the opposition leaders & the country's interests are divergent. As accountability noose has tightened,

In 2007, Musharaff government brought NRO which safeguarded the politicians, bureaucrats, and political workers for any wrongdoing they have done between 1986 to 1999 in order to protect the people from Pakistan People’s Party and many other opposition parties from public accountability. However, the Pakistani Supreme Court quashed the bill and Mursharrff sacked the Chief Justice which led to a political and judicial crisis in the country.

“Let me make clear: No matter what happens, my govt will not allow any NRO as it would be betrayal of nation’s trust in holding plunderers of public wealth accountable. Musharraf gave NROs to the 2 pol ldrs which quadrupled our debt & destroyed economy. There will be no more NROs,” said Khan in tweet.

Now, with the two bills- Anti-Money Laundering (Second Amendment) Bill and the Islamabad Capital Territory (ICT) Waqf Properties Bill- out of the picture, the blacklisting of the Islamic country in October review is imminent, and this is the reason behind frustration of Khan.